TERRYVILLE, Connecticut, U.S.A. — Where were you at midnight on May 19th?
If you were a massive Star Wars fan like myself, you were at a movie theater. Fans spent days in line just to get tickets for the long-awaited final installment to the second trilogy.
Lucas is still making magic 27 years after the original Star Wars came out.
Star Wars Episode III: Revenge of the Sith is the best out of Episodes I, II, and III. It combines elements of action and adventure with love and romance.
The Jedi padawan, Anakin Skywalker (Hayden Christensen), is turned to the dark side by the Sith lord Darth Sidious. Chancellor Palpatine reveals himself as none-other than the aforementioned Sith lord.
When Palpatine promises Anakin divine power if he joins the dark side, the young jedi falls to temptation and swears his allegiance to Sidious.
Star Wars has always been known for awesome special effects. Even Episodes IV, V, and VI had effects ahead of their time.
This movie is no disappointment in that aspect either. The animation for all of the droids is amazing.
All of the light saber duels and war scenes are riveting.
The saber-duel between former master and friend, Obi-Wan Kenobi (Ewan McGregor), and padawan, Anakin, was emotionally intense (if you happen to be a Star Wars freak). The outcome of the duel reduced even the most stoic of viewers to tears. 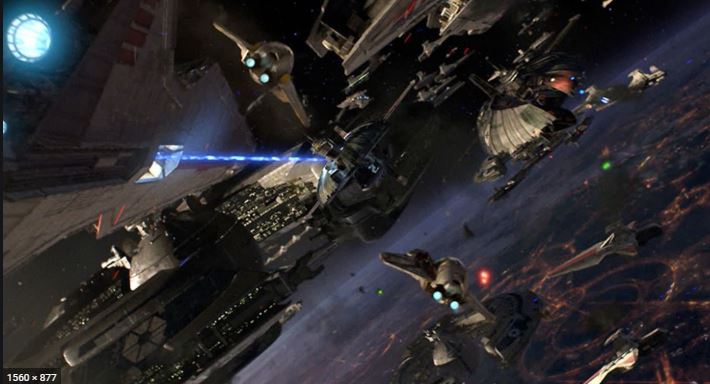 Everyone who has seen any of Episodes IV, V, or VI knows the loveable character Chewbacca.
He and his Wookie friends make an appearance in Episode III fighting the Separatist Army on their home planet Kashyyyk.
All of the Jedi are shown fighting the “dark” army on their home planets.
The scenery is visually appealing. Lucas did an awesome job of making each planet look unique, distinctive and nothing like any terrain visible on earth.
The visual effects had more of an impact in the Revenge of the Sith than in The Phantom Menace and the Attack of the Clones put together.
Lucas seemed to use this movie as an opportunity to oppose war.
On the planet Utapau, Obi-Wan defeateds the leader of the separatist Droid Army, General Grievous, then drops his light saver and picks up a blaster in order to defend himself.
After he shoots an opponent, Obi-Wan says, “So uncivilized,” with visible disgust.
Ian McDiarmid’s portrayal of Darth Sidious/ Chancellor Palpatine is so convincing of both good and evil. Anyone who has seen Episodes I or II and wasn’t aware of that will be stunned by the connection.
Although Hayden Christensen and Natalie Portman (Senator Padme Amidala) give weak performances, the overall impact of the movie is impressive.
Episode III gives a strong finish to the generally unimpressive Episodes I and II.
Now the “new” trilogy can attempt to live up to the original.