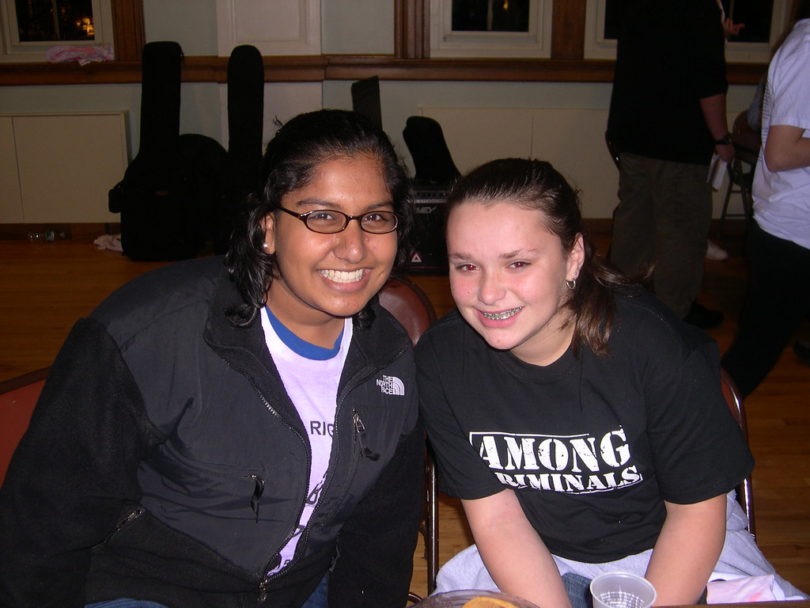 WEST HARTFORD, Conn. – For Hall High School sophomore Rahki Agrawal and freshman Kelsey Mix, bake sales are only the beginning.
Agrawal and Mix, who are both active in the Empty Bowl Club at Hall, manned the club’s booth during the Rock for Rights event held at the West Hartford Town Hall on Saturday.

According to Agrawal, Empty Bowl is “one of the largest clubs at Hall.”
The club has about 50 members and participates in about 10 to 15 events throughout the school year, most of which are bake sales.
The club’s biggest and most popular event is the Spring Banquet where students and local residents purchase bowls of soup.
“The art department decorates the bowls,’ Agrawal explained. “And we fill the bowls with soup.” Proceeds raised at the Spring Banquet as well as other Empty Bowl events benefit local charities.
The members of Empty Bowl also sponsor an auction.
“We get businesses to donate items.” Mix explained.
The purpose of Empty Bowl is fairly simple.
“We spread awareness about things like poverty and hunger.” Agrawal said.
Empty Bowl has shown both Agrawal and Mix how lucky they are, they said, and has afforded both girls an opportunity to help those who are less fortunate than themselves.