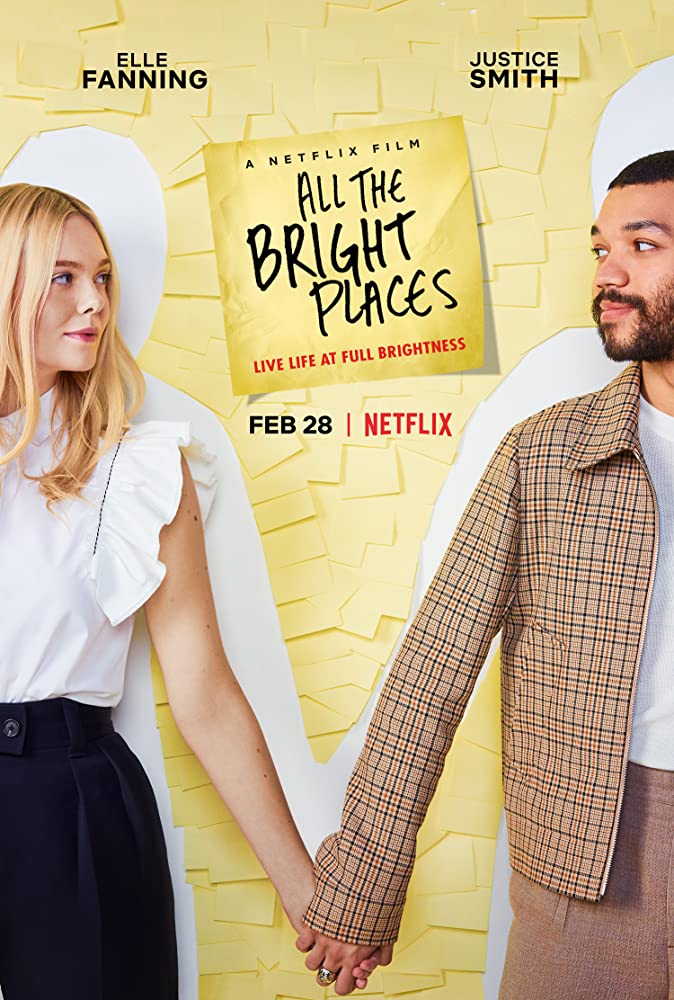 EDINBURGH – All the Bright Places joins the rapidly growing sub-genre of young adult movies that touch on the difficult topics of death, mourning, and mental illness. Though surely not with bad intentions, the scriptwriters failed to do justice to the book by Jennifer Niven, which itself was widely acclaimed and hailed by readers.

The story of two American high-schoolers, Violet (Elle Fanning) and Finch (Justice Smith), revolves around their relationship as they go from strangers to lovers, bonding over their geography project about the “wonders of Indiana.”

Violet is a girl suffering from “survivor’s guilt,” mourning the death of her sister in a car accident. Finch is a boy labelled as “the freak,” who seems to be struggling with self-control issues and a bad temper.

The critical part of the story is how these two meet — and this is where the movie is damned, as it totally changes the plot’s character.

Hint: when you’re adapting a book into a movie, the one thing you certainly shouldn’t do is change the backbone of the relationship around which the whole story evolves. Especially if that means reproducing the same story we’ve already seen in way too many young adult movies.

The story goes: a pair of quirky teenagers develop an unlikely romance, where one side is quiet, stand-offish, and deeply cynical about life until the other comes along and shows them how to enjoy it and look at the bright side of things.

The way the two characters meet in the book is standing atop a bell tower, both with the intention to end their lives. This puts them on an equal footing. In the movie, Finch goes on a run, comes across Violet standing on a bridge railing, and effectively talks her down. He then gets Violet to talk to him by threatening that he would make the incident known on social media.

The plot leans much more towards Violet and her emotional struggle. That Finch is dealing with something worse than just bad behavior, we find out much later in the movie.

He suffers from bipolar disorder, which he’s not getting proper treatment for, and from scars left by an abusive father in his childhood. Stories like this are not easy to show and when the movie ends, one is still confused about why Finch does the things he does. But while Finch is not expected to be rational, there is not too much reason in the script either way.

By placing too much emphasis on Violet (and how cool she looks in oversized glasses), Finch feels more like a character designated only to keeping her alive and smiling. The glimpses of his reality, however, open our eyes to how much appropriate care matters.

“It’s a small ask, man,” Finch hears in one of the scenes from the school counselor, and one wonders who entitled that guy to become a counselor.

Judging a kid by everyone else’s standards doesn’t seem like the best way of helping them at all. And although it’s not a commentary on the health care provision system as such, it certainly makes you think about it.

Despite its shortcomings (and contributing characters to the “Manic Pixie Teenager” sub-trope), All the Bright Places succeeds at getting a few important messages that should be registered by both young and slightly older adults.

You never know if the person right next to you isn’t struggling with something serious.

Mental illness takes lives and deserves attention, but even still — life after death is possible.

And although the book does it better, the movie is worth watching. It’s beautifully made, the characters are not entirely flattened, and it might make many people more aware of how their interact with others, even — or in particular — seeming strangers.