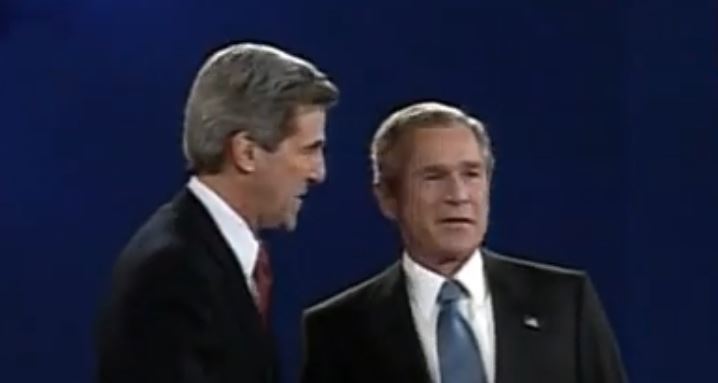 TORONTO, Canada — The election is nearly upon us — one of the most important elections in many years.
Does the United States have good candidates? Of course not.
Were the conventions well done? Really, no.
What has captured many people’s interest, especially in other countries, including here in neighboring Canada , is the sheer devotion of Americans to their parties.
If Mickey Mouse was in the running for American president, he would gets piles and piles of votes. Why you ask?
Simply because even the worst president the U.S. has ever seen – who’s among the world’s most disgusting leaders, someone who has killed thousands and thousands of Iraqis and Afghani people – has the support of half the country.
President Bush’s arrogant, stupid decisions from the White House have tainted America across the globe.
Though many people try to soften their strong opposition to U.S. policies by thinking of the many wonderful Americans and how much the U. S does for the world, they see the White House and both candidates repeating over and over that their country is the best.
If the White House and Bush and Kerry actually cared about their citizens, then they wouldn’t have flung them into two wars that they haven’t won.
The only good thing that has come out of the two wars was capturing Iraqi dictator Saddam Hussein, who had committed crimes beyond anyone’s comprehension.
Iraq and Afghanistan are worse off now, much worse off.
Bush has also managed to lose 380 tons of highly explosive nuclear bomb triggering equipment that had been under United Nations seal in Iraq .
Bush is a madman with not a scrap of intelligence.
Kerry is not great; he waffles about his ideas and makes childish comments.
However, we may as well face it: our days of incredible political leaders are gone.
When have you seen the likes of Winston Churchill, Franklin Roosevelt or Pierre Trudeau in the last couple decades?
We haven’t, and sadly won’t for years to come. Public service has fallen to an all-time low.
We need to look for are people who will at least do a better job than the real crazies.
American people and friends around the world, let’s hope that the White House way of destruction and settling for half-baked jobs will end, giving good Americans the respect they deserve overseas and globally.