MUMBAI, India – Before American President Barack Obama set foot on Indian soil, youth of India met here with their American counterparts to discuss issues ranging from climate change and terrorism to education and jobs.
The Gateway House: Indian Council on Global Relations, a Mumbai-based think tank, organized a panel discussion that included three Indian and three American youths.
American panelist Russell Mason, who works with the Mahindra Group, said that through the use of technology, American knowledge and resources can act as a supplement to India’s education system. 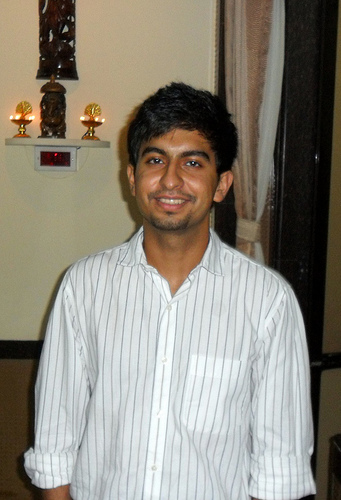 Rishab Shah, a second year student of the HR College of Commerce and Economics. (Pushkal Shivam/YJI)

Building on that idea, Akanksha Mohla, an Indian who works with the Mahindra Group, said in the Indian context, “The wave is going to be led by technology of the internet on the mobile.”
Panelists addressed ticklish issues like outsourcing, intelligence exchange, U.S. aid to Pakistan, hikes in visa fees and whether the U.S. would support a permanent seat for India on the United Nations Security Council with veto power.
Climate change stimulated the greatest response both from the youthful panel and its young audience.
Asked later about her expectations from Obama’s visit, American panelist Ali Rosen said, “I am hoping something concrete comes out of it.”
Rishab Shah, a panelist and second year student of the HR College of Commerce and Economics, said he expects “concrete headway on UNSC seat” for India.
Rosen, a former broadcast journalist, said she thinks India and the U.S. should seize this opportunity to enhance military cooperation. She said poverty alleviation in India is one issue where America could do more.
“I think U.S. has to admit they used Indian talent,” said Rosen. “U.S. has to give back.”
On the other hand, Shah said both nations should bolster strategic alliance and cooperation in the private sector.
“Politics on both sides” could mar Obama’s trip to India, Rosen said before the presidential visit. She added that the leaders should not try to address their domestic constituency during the visit.
From the audience, young Alastair Trueger who works with the Mahindra Group in India with corporate strategy said “Pakistan, nuclear cooperation and climate change” are three issues which could play spoilsport role during the visit.
“It’s likely that there will be plaudits and handshakes galore, but the real issues won’t be touched,” Trueger said.
Rosen said, and Trueger agreed, that youth from India and the U.S. should come together on a platform like this more often.
Shah said the role of youth in Indo-U.S. relation should be enhanced from mere tokenism to substantive participation in making policy.
Trueger who threw some tough questions at the panel, said the discussion was both interesting and “scrupulously polite.”
Craig Johnson, superintendent of American School, chaired the panel. He said the idea was to “formulate an agenda that is sustainable” based on what the youth thought should be discussed during Obama’s visit to India and send the document to Indian Prime Minister Manmohan Singh and to the American president.
In a gesture of cross-cultural interaction, Johnson inaugurated the event by lighting a lamp and invoking Saraswati, who is considered the goddess of knowledge in Hindu mythology. 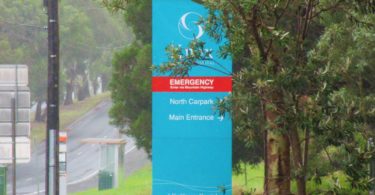 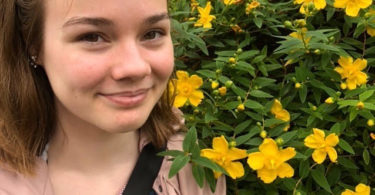 Hilliard, Ohio, U.S.A. – As the coronavirus spreads throughout the world, both federal and state...