Meschede, Calle, Germany — Once revered around the globe, the United States is facing image problems.
But Americans may have improved their nation’s image simply by electing Barack Obama as their next president, according to young people interviewed in the U.S. and abroad.
One Italian teen, 18-year-old Alessia Ubaldini, said Americans will have a “fresher image” and seem less cartoonish now.
Those outside the U.S. “won’t picture the Americans as the Simpson’s family,” said Ubaldini, who attends Liceo Classico Mazzini in Genoa, Italy.
Paul Harris, 17, of Victoria, Australia, said Obama’s election will help America “gain more international standing and maybe help them get back into the game as a world leader.”
In interviews with Youth Journalism International, more than 30 youth in eight countries, including the U.S., said they thought Obama’s election will have a positive impact on America’s reputation.

Luca Capizzi, 18, of Genoa, Italy. Luca is a student at Liceo Classico Mazzini in Genoa. (YJI)

Pakistani Muhammad Waqar, 28, who works in a bank in Kabul, Afghanistan, said America’s image will improve because Obama will use diplomacy before resorting to war.
Ray Ma, a 15-year-old homeschooler from Columbia, South Carolina, forees a change in the nation’s image, but wouldn’t say whether it will make things better.
“Many people will expect a different and changed America,” said Ma. “People will start seeing America as a nation of hope and “change,” rather than a nosy busybody.”
But Luca Capizzi, 18, of Genoa, Italy, didn’t hestitate.
“I think he will give the U.S. a more dynamic, modern image, in a positive way,” said Capizzi.
Many of the young people interviewed, both from the United States and abroad, focused on Obama’s background. According to them, the election of America’s first black president sends a powerful message about the country’s changing views on race.
The nation’s image will be “better, way better,” said Tyler Steinhorse, a 16-year-old junior at Ironwood Ridge High School in Tucson, Arizona.
“It will make it so we don’t seem like such a racist country,” Steinhorse said.
Puneet Kapoor, 16, of Sunbeam English School in Varanasi, Uttar Pradesh, India, said the old image of America is of a dominating country in the world, but one with disunity and discrimination inside its borders.
But the fact that so many different people in the United States have chosen Obama, Kapoor said, “shows that America is totally united and impartial” and that its citizens are thinking in a modern way.
“That is a great thing and good for America’s future,” said Kapoor.
Cyrilla Mulindi, 19, a Kenyan living in East London, South Africa, said Obama’s election showed that Americans are moving on from their past and truly living the American dream.
“Many countries see America as hypocritical and that may now change,” said Mulindi.
Anna Lee, 18, from Ironwood Ridge High School in Tucson, Arizona, sees America back in its old role as the number one country in overcoming boundaries like race.
Obama’s election, said Lee, gives “more hope for everything.”
Jessi Humberd, a high school senior from Spring City, Tenn., said Obama’s election “will change the U.S. image for the best. Having our first African-American president shows that anyone can succeed here.”
“We’re kinda known as the world police,” said Cheyenne Hill, a 16-year-old junior at Ironwood Ridge High School in Tucson, Arizona, “so I’m kinda thinking that maybe their opinions will change because the U.S. has taken a step up by electing a black president.”
Alice Cordara, 17, of Genoa, Italy, is sure that Obama will “give an image of freedom and tolerance.” He will be a president, she continued, who will “enforce the American Dream and fight against racism, which unfortunately is still alive all over the world.”
Obama “promotes greater acceptance of racial diversity, and so I think that will improve the U.S. image across the world,” said Sarah Molloy, 16, of Ballarat, Victoria, Australia.
Some of those questioned stressed Obama’s African roots.
Nolitha Namatovu Luzuka of East London, South Africa, predicted an improved image of Africans because of Obama’s election.
“Perhaps the developing world will stop seeing Africans in such a poor light,” said the 18-year-old Luzuka, seeing as that “the world’s leading superpower is being led by a black president.”
And Nicole Matthews, 18, of New York City, said no matter where they live, people with African ties will take pride in America’s first black president. According to Matthews, Obama may be able to change the negative image of the United States in many Muslim countries because of his own father’s connection to the faith. 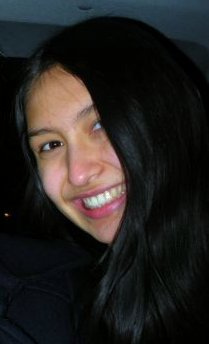 While Tyler Cruver, a junior from Dayton, Tennessee agreed that Obama’s election truly showed that “the U.S. is the land of opportunity for everyone,” the reality is that Obama’s “ethnic origin does not mean that he will be a good president,” he said.
In spite of this, Cruver still said America’s image will “change for the better.”
Other youth interviewed were less certain, and didn’t see the next president as the all-healing medication to America’s damaged image.
“Every country is different,” said Katie Mullaney, 16, from Hopkinson, Massachusetts. “What we might be able to determine is that those countries that aren’t really in favor of President Bush may be more inclined toward the U.S. because of Obama’s promise of change,” said Mullaney. “On the other hand, some countries make take the side of extremist Republicans who want to move to Canada and flee the socialism that they see coming!”
Rebecca Au, 14, of Highland Park, New Jersey, is also skeptical. While the United States’ image may change, she said, it wouldn’t necessarily be improved.
“We have to be careful to not try and please everyone – we need to make sure that we are still credible,” Au said.
A German youth said America’s image goes beyond the presidency.
“It might improve, but the main image will remain because people tend to judge America by its actions, not solely by its president,” said Philipp Küchler, 19, of Düsseldorf.
Two of the Americans questioned blamed the United States’ bad reputation on outgoing President George W. Bush.
“Bush has made people think of us as bad and I think Obama will change that,” said 13-year-old Elan Green of Milwaukie, Oregon.
Maria Fernanda Manzano, 14, also from Milwaukie, said she hoped Obama “will clean up everything left behind by Bush.”