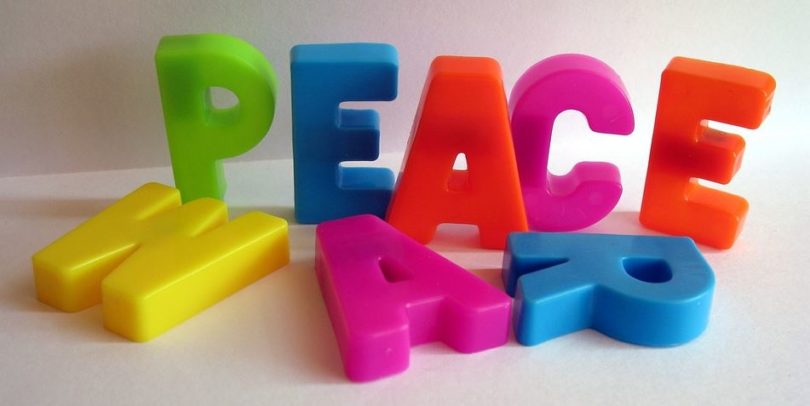 SINGAPORE — Admit it. Mankind is evil.
Since the day Adam and Eve ate the forbidden apple, dinosaurs became extinct and Pandora’s Box opened.
Now, before Americans cast a nasty eye and vow to wipe out the entire Muslim population, ask yourself, “Can you differentiate between the good and the bad?”
No.
This is not like apples and oranges. There’s no easy way to figure out who’s good or ugly.
You either eliminate all or none.
How tragic!
Many shun the Middle East countries.
Few know what’s really going on there.
We’ve never been there, that’s why.
The media feeds us solely with news of the West Bank-Gaza conflict, Saddam Hussein and his ‘exploits’ and the Taliban rule.
How pathetic!
We always point fingers accusing the Muslims, assuming they’re the culprits.
They’re stereotyped. Terrorists, oh, definitely the Muslims.
Why are they scapegoats?
We silent their voices, choosing to remain arrogant and stupid.
Do we know that the main source of oil is from the Middle East?
Without oil, the world would be pitch black.
No kidding. No fuel, no electricity.
What is essential is invisible to the eye.
The media downplays that fact, choosing to portray Arab countries as barbaric and villains, anything ugly.
I guess the constant conflicts have made us, outsiders, numb and oblivious to the suffering of the ordinary people there — ordinary people who live everyday wondering if it’s their last.
They know anything unexpected can happen, anytime.
It’s not up to them to decide.
America tries to mediate. Israel and Palestine convened at Camp David several times, to no avail.
Now, step into the shoes of an Arab living in the Middle East, living with very, very, very deep hatred surrounding you.
Hatred that stemmed from great ancestors since biblical times, based on religious teachings, is hard to overcome.
We’ll never know how they feel unless you’re a step ahead.
Today, curfews are still in place near the Palestinian borders. Peace and social stability, anyone?
The first baby step we should take is being sensitive, tolerant and understanding.
Growing up in Singapore, surrounded by Muslim countries at all corners, with an area of only 247 square miles, close to 4 million people and having four national languages, helps.
In close proximity with people from all walks of life, races and religion, I’ve learnt to appreciate the peace and stability we enjoy 24/7.
Life is always full of compromises. You just need to compromise a little to suit the majority.
Nothing is taken for granted here.
As cliché as it sounds: yesterday is history, tomorrow is mystery, today is present.
We are powerless to control what has happened.
We can only control how we respond to what happens to us.
Peace rules the day, where reason rules the mind.
And that is all that matters today.