The finale of Survivor 2 has America on edge

BRISTOL, Connecticut, U.S.A. — Thirteen castaways, three chickens and a rooster, and a pig have all gone down and now we’re left with three ultimate Survivor contestants.
One will go to the other side of the wretched (yet amazingly fun to watch) Tribal Council as a jury member (wishing they could’ve won the million) while two are forced to sit alone in front of the fire with Jeff Probst and a rusty box.
Even worse, they’ve been sitting there for months!
Well, figuratively at least. 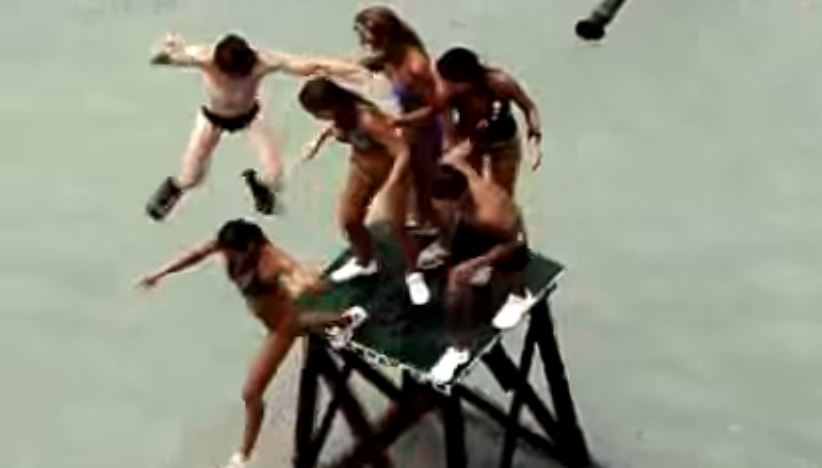 One of these two unknown finalists (as predictable as YOU think they might be), will find out their millionaire status live on tv at the ever popular season finale Survivor cast reunion.
Let’s just hope CBS drops the suspense and just tell us already before we get heart attacks.
Who’s up for the money?
The three contestants left on the Outback are…Tina, the ever wise, kind, and ever so backstabbing mother in her 40’s. If she should make it to the Final Two, which odds are for, most of the jury will favor her greatly due to her kind and motherish ways. Be careful though Tina, you’ve backstabbed and betrayed many to get here. But we don’t mind, they deserved to be there!
Colby, the strength of the Outback. Can this guy win the last immunity? Who says he can’t? He’s up against two middle aged grown ups that are starving while you’ve been pampered with food, cars, and family visits for the past few weeks. Your Ogakor alliance with Tina and Keith is over now, young one. Beware of jealousy and betrayal by the remaining. Survive the Final Two, however, and you are probably a shoe-in for the million, but we all know how Survivor is…
Keith, or should I say Carrots. You’ve proposed on national television, and touched our hearts but only after and before numerous screw ups, ego trips, and challenge losing. Can you do anything right? Maybe you don’t have to, you’ve made it to the last episode (even WITH our resentment). In pure Survivor fashion, Keith might become the second Richard Hatch. How you’ll get Jerry’s vote though Keith is beyond us.
Well, don’t just keep reading this anymore, the show’s on in a few hours!
Get out the Tiki torches and jump into that couch. Get ready for a two hour ride of drama as the season finale of Survivor II: The Australian Outback ends.