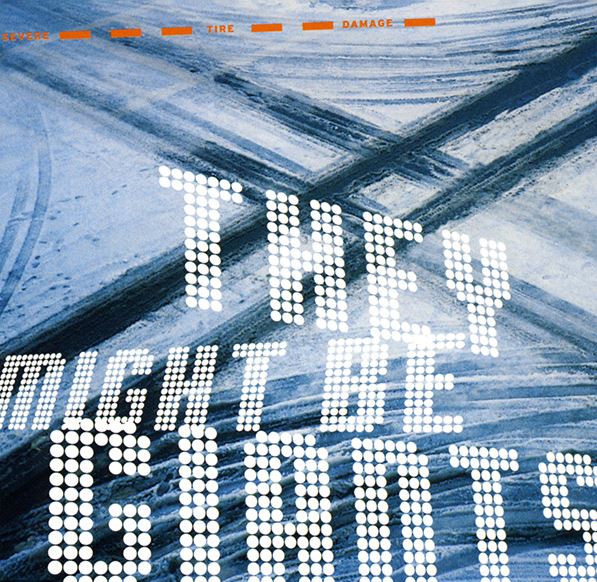 BRISTOL, Connecticut, U.S.A.  — Okay, so maybe all the songs on They Might Be Giants’ latest release, “Severe Tire Damage,” aren’t exactly new, but they are live, and that’s what fans were asking for. Yes, folks, John Flansburgh and John Linnell (the lively duo that make up the group) have finally given the fans what they’ve been asking for — a live album.

“Severe Tire Damage” is a mixture of all the favorite older songs on their previous albums, only live this time. Even though the familiar cuts are all songs their somewhat fanatical fans know by heart, the duo still managed to keep from sounding like one of those “Best of” albums that never live up to expectations.

Some of the songs include a rocking version of “Why Does the Sun Shine?,” a slow tuba-filled rendition of “She’s An Angel,” and even “They Got Lost,” an autobiographical account of all the times the band has gotten lost on the way to a show.

Although “Severe Tire Damage” consists of primarily live versions of previously released songs, it also has a few new songs for us to enjoy.

The first single, “Dr. Worm,” is a studio version of a lively little ditty that has Giant fans going nuts. Driven by an astounding horn section, you could end up with this song stuck in your head for the rest of your life after hearing it only once.

Another new song on the record, “First Kiss,” is a catchy number that will leave your foot tapping. Although relatively short in size, it’s another They Might Be Giants legend in the making.

In addition to the 15 regular (now, just keep in mind that regular for TMBG is a little different than regular for, say, a less … uh … creative band), the album contains the “Severe Tire Damage Theme,” a short little blurb that sounds as if it belongs on a cartoon show.

People who invest their hard-earned cash into purchasing their copy of “Severe Tire Damage” also get seven — count ’em SEVEN — hidden “Planet of the Apes” tracks.

All in all, They Might Be Giants rings true to its history of clever lyrics and interesting harmonies.

In a time when their popularity is spreading fast, the Johns still remember the importance of having fun while recording and performing.

Their creativity is displayed in “Meet James Ensor,” which the band chose to do without any instruments, including the guitar.

So what do you do when a guitar solo is featured in a song that you aren’t using instruments with? Why, you sing it … or at least that’s what They Might Be Giants does.

As an avid They Might Be Giants fan, I give “Severe Tire Damage” two enthusiastic thumbs up AND four stars, although I wouldn’t recommend it for first time TMBG-ers.

It may be a little too odd for them to handle.

Jen Rajotte is a Reporter for Youth Journalism International.