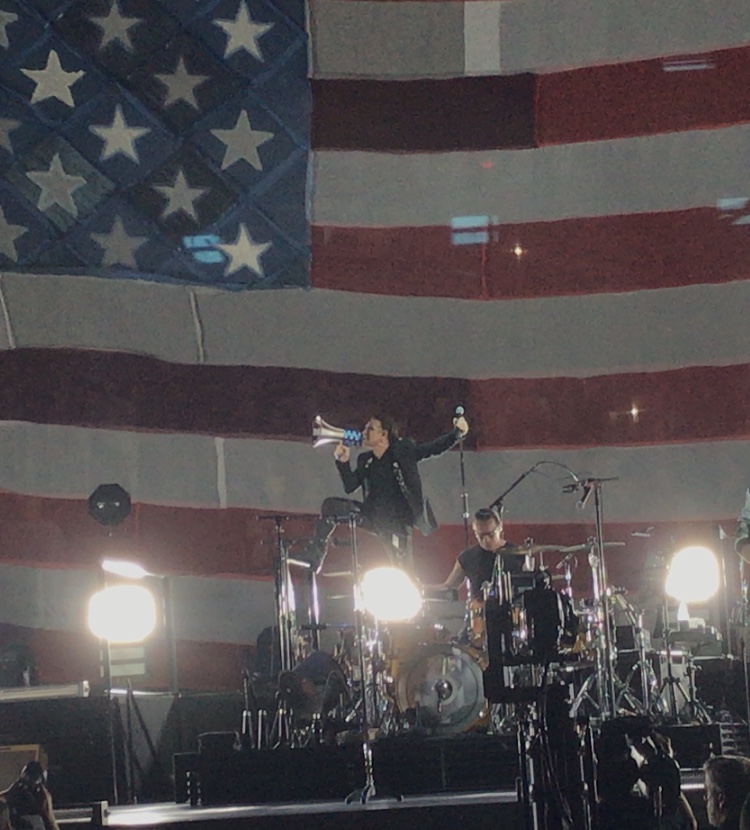 NEW YORK – Three years ago, U2 performed around the world in the Innocence + Experience Tour to promote their album Songs of Innocence.  Now, they have hit the road again to promote the sequel to their previous album, entitled Songs of Experience in the Experience + Innocence Tour. This tour started May 9, 2018 in Tulsa, Oklahoma.

The Innocence + Experience and Experience + Innocence tours have a very similar setup and flow to them. U2 has a history of innovative stages, going back to the Zoo TV tour in 1992. These two tours were no different.

The stage was set up in a very interesting way. There were two stages, a rectangular main one and a circular secondary one, and an aisle in the middle to connect them. This setup led to a positive difference for the people sitting in the general admission section. Because the stage was set up in the middle of the arena and because there were two stages with a long aisle, there were far more places to stand against the edge of the stage than there would be had there been only a singular rectangular stage.

The GA crowd could sit on either side of the aisle, based on whether they got a wristband that said “North Side” or “South Side,” a reference to the two sides of Dublin, the band’s home, separated by the River Liffey.

There is a “barricage,” as the band calls it, which stretches over the entire length of the aisle. It’s a small corridor enclosed by two video screens on each side used to display images throughout the show. It could be lowered onto the aisle and band members were able to walk through it.

The main themes of the two albums are – as the titles would suggest – innocence and experience.

Songs of Innocence focuses mainly on lead singer Bono’s childhood, when he was young and innocent, and Songs of Experience deals more with his adulthood.

Songs of Experience includes topics such as morality, as Bono was hurt badly in a bike accident in 2014. It also contains more of a political theme than the preceding album, as the band has become more involved in politics as they’ve gotten older. Bono has said the two albums are a story about a boy who loses his innocence, gains experience and tries to regain his innocence.

Setlists have varied slightly, but the show stays mostly the same each night. This is different from past U2 tours, but the concert is organized in a way that reflects the themes that Bono conveys with these albums.

Early in the concert, the band play “I Will Follow” from their debut album Boy. The song deals heavily with the idea of innocence. The lyrics say, “a boy tries hard to be a man / his mother takes him by his hand / if he stops to think he starts to cry / oh why.” This is Bono talking about a boy realizing that he is too young and innocent to become a man. Bono talks about his mother in the song “Iris,” which also represents his innocence. His mother is his anchor, and she helps him keep his innocence.

After “Iris,” the band moves from the main stage to the aisle. They then play “Cedarwood Road,” a song about the street that Bono grew up on and “Sunday Bloody Sunday,” about the violent conflict between the Irish and the Northern Irish. Both of these songs represent Bono growing up and losing your innocence.

“Cedarwood Road” shows the lessons that he learned from his childhood, like the ideas that “if the door is open it is not theft / you can’t return to where you never left.”

“Sunday Bloody Sunday” – the start of the band’s political side – shows that the tragedies that unfolded caused Bono to lose his innocence.

In concert, the transition of growing up is also demonstrated by the fact that these songs are sung in the aisle before they finally cross over onto the secondary stage, a state where they have lost their innocence.

Before the show continues, there is a brief intermission where the screen is down on the stage and a short graphic entitled “Innocence and Experience: The Heroes’ Journey” plays to the tune of “Hold Me, Thrill Me, Kiss Me, Kill Me,” which was a single written for the movie Batman Forever. The graphic depicts the history of the band in comic book art style.

In the video, Bono and his band are drowning, but are saved by a stranger. He offers to give the band the success that they want if they sell their souls, but then he tells them that they do not need to do this, as the already have everything that they need. They end up needing the stranger’s help again. He tells the band, “wisdom is the recovery of innocence at the far end of experience.”

The show then transitions to the secondary stage, which represents the band when they have lost their innocence. This is shown by the songs that they play while on this stage. Bono sings “Vertigo,” a song that takes place in a nightclub, “Desire,” a song about twisted desires, and “Acrobat.”

Before “Acrobat,” Bono stands in front of a special camera that projects his face out on the screen with the devil-like appearance of one of his alter-egos, Mr. MacPhisto.

In 1983, U2 released War, an album full of political commentary and uplifting messages. Thirty-five years later, these things remain the same. In the new age of political turmoil, U2 remains vocal.

In this performance, Bono uses Mr. MacPhisto as a warning. He gives a monologue to the audience, using MacPhisto as a personification of the hatred that Bono believes has taken over in the United States. He warns the audience, “when you don’t believe I exist, that’s when I do my best work,” telling listeners to take a stand against it or else the hate will continue.

After playing a few more songs on the small stage, guitarist The Edge and bassist Adam Clayton go out and play at small platforms behind the GA audience and in front of the sitting crowd and the band plays “Pride (In the Name of Love).”

“Pride” represents the band regaining its innocence through experience. The song is a tribute to the ideas of Martin Luther King, Jr, which Bono holds close to his heart. Through their constant promotion of social justice, Bono and the band took back their innocence.

Although they were not young enough to be naturally innocent, they all use their experience with the cruelness of the world to decide to make a change and try to fix it. Through this pursuit, the band have become innocent again.

This is highlighted by the fact that following “Pride,” they return to the main stage, where they performed the songs dealing with innocence at the beginning of the show. The band would stay here until the last song, “13 (There is a Light),” where the rest of the band stays on the main stage, but Bono crosses over to the secondary stage. Here, there is a small house set up with a giant light bulb inside of it. Bono opens the roof of the house and takes the light out.

The secondary stage represented a low point, where they had lost their innocence. This is Bono showing that even in the darkest times, there is always a light.

On August 31, U2 will take the stage in Berlin, Germany, kicking off the European leg of the tour. They will play several shows throughout Germany, France, Portugal, Spain, Denmark, the Netherlands, Italy, the United Kingdom, and their home country, Ireland. 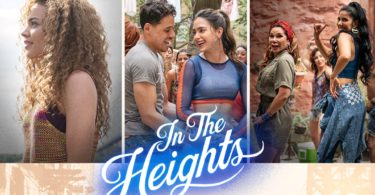