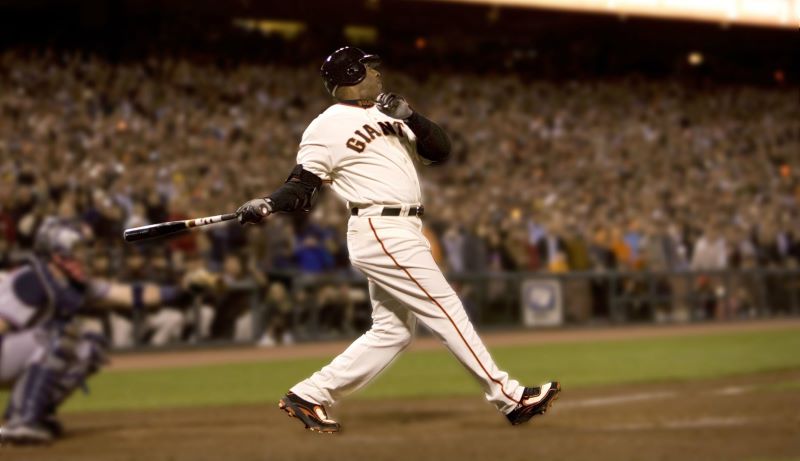 AVON, Connecticut, U.S.A. — Barry Bonds passed Mark McGuire on the all-time home run list when he hit his 17th home run of the season and number 584 in his career Saturday.
Bonds is now in sole possession of fifth place on the list and trails Frank Robinson (who is in fourth place) by only two homers.
This is the second time that Bonds has outdone McGuire. In 2001 he topped Big Mac’s single season home run record by hitting 73 long balls.
As Barry Bonds gets older he seems to get better, but he has to be more consistent than he was when he was in his twenties.
Pitchers don’t like to pitch to Bonds because of his power.
Bonds leads the league in walks, intentional walks and getting hit by pitches – which means that he hasn’t had a lot of chances to hit. And he has even fewer at bats where he can hit for power because many pitchers pitch around him so that he cannot get the barrel on ball.
But when the pitcher makes a mistake and leaves a fastball over the plate or hangs a breaking ball Bonds makes them pay almost every time.
Watching Bonds play is different than watching any other player.
He knows that he is the best but he still works hard and sacrifices himself for the team. Bonds does not mind taking all the walks he’s handed as long as his teammates back him up and hit him home.
Bonds is an old school team player who would rather talk about the team’s success than his own.
Bonds is a dangerous hitter and every time he gets up to the plate people watch to see him swing the bat and do his famous walk down to first base as he watches the ball sale over the fence.
His success is the best thing that has happened to baseball in a long time.
When the Giants go to play a losing team like the Montreal Expos the attendance is higher than normal because people want to see Bonds in person.
And when opposing team’s pitcher intentionally walks Bonds, fans will start booing. That’s how much Bonds means to fans and to the great game of baseball.
There are a lot of players today that don’t play hard and worry more about money than baseball.
But Bonds loves to play the game, And most of all he loves to win.
He could get more money with another team, but he wants to stay in San Francisco because he doesn’t want to desert the people that have supported him for almost a decade.
Bonds’ swing is like no other.
It is graceful and effortless.
It makes the other players look inferior because it is powerful and beautiful at the same time.
The results back up his swing.
He leads the National League in batting average, is second in runs and is tied for first for home runs in the majors.
Bonds has done this with limited at bats because of the amount of walks that he has had.
Torii Hunter, an outfielder for the Minnesota Twins, has had a breakout year and has hit 13 home runs.
Yet Bonds has hit four more than Hunter even though Hunter has had over 65 more at bats this season. That is 65 more chances to hit one out of the park.
Bonds is truly a man among boys.