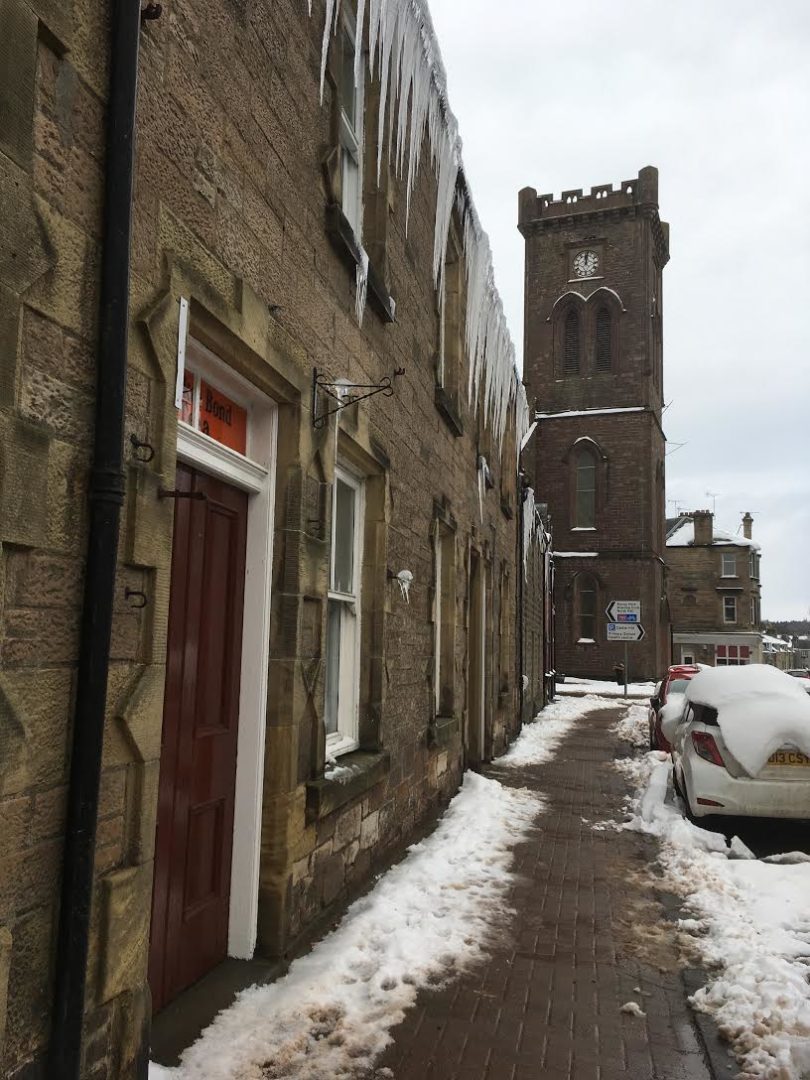 Main Street in Doune, Scotland, on Saturday, a few days after 'The Beast from the East' snowstorm clobbered Scotland. (Owen Ferguson/YJI)

Doune, SCOTLAND, U.K. –  Walking home from the school bus on Tuesday afternoon, I was pretty much in a tunnel vision mind-set. The next morning, I would have a critical exam, my Advanced Spanish Final Talk. With a multitude of other things happening in my life, I had had little time to prepare and it was safe to say the pressure was on.

Muttering Spanish idioms to myself as I walked home, my friend Aimee tried to reassure me. “Look at the weather forecast,” she said. “It’s the Beast from the East.”
Even when she said, “School will probably be canceled,” it did little to stop me from panicking. After all, it was almost evening already and there wasn’t a cloud in sight. The snowstorm was an exaggeration and we would be left untouched without a snowflake in sight. Safe to say, I was very wrong.
I woke up the next morning to my sister’s happy exclamations and a world drenched in white. They had to close every school across the constituency. It was my sister’s first snow day at high school and she was exhilarated.
I felt an unbelievably lucky sense of relief. The talk wouldn’t happen today, no cars could drive along the roads, let alone our rickety old school bus. I had time to prepare more and that’s what I set out to do.
The extra day off was a blessing, I thought. I could go into school tomorrow, better prepared. And then the school was closed for Thursday as well. Friday it was closed again.
The first Red weather warning to be announced in Scotland brought with it a welcome reprieve from the world and some time to enjoy the snow.
Now four days on, the snow has stopped. The roads are becoming more accessible and the pile of snow blocking the front door of my house has gone down slightly. The almost comical panic in the village for the first couple of days was being cut off entirely from the other towns and resources. 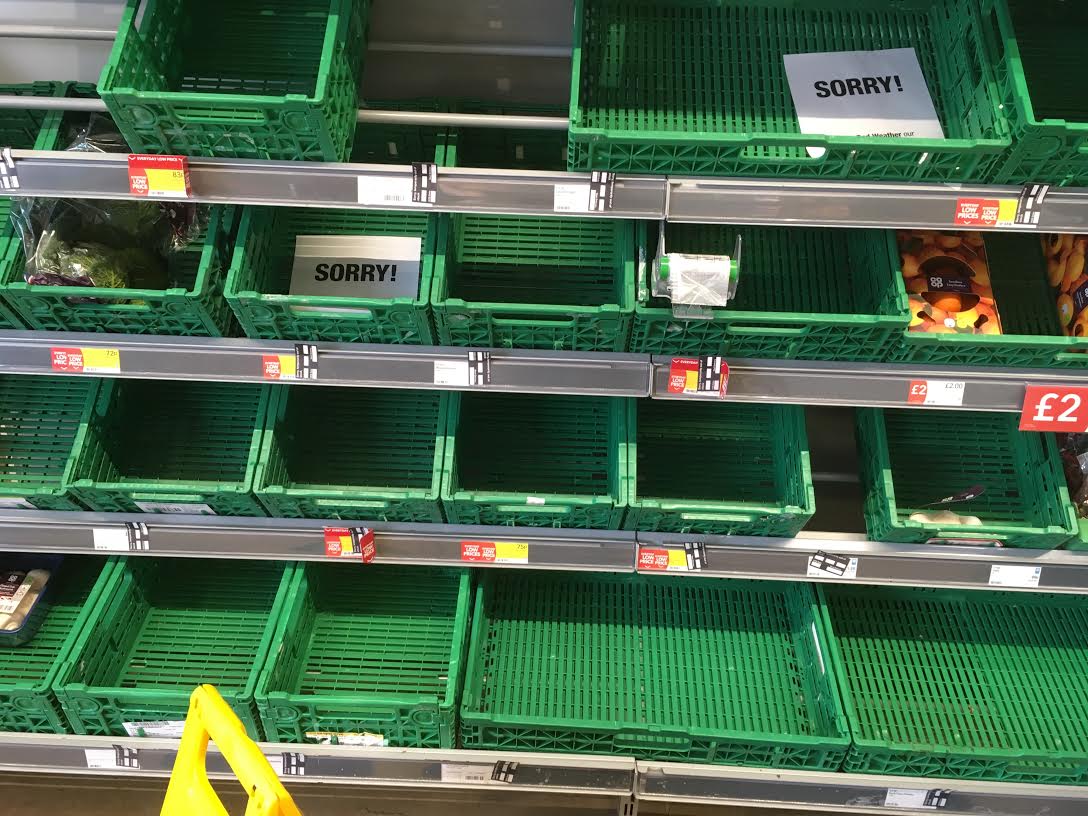 Shelves Doune Co-Operative, a retail grocery in Scotland, have scarcely a thing after shoppers anticipating the storm rushed to buy food. (Owen Ferguson/YJI)

Indeed, when Aimee and I braved the weather to reach the Co-Op, the shelves were either bare or near empty. I was pretty confident that the snow wouldn’t get any worse, but I bought a couple of cans of tomato soup anyway. Mob mentality, I guess.
Anyway, the update from Central Scotland ends about here. The Beast from the East hit us, stayed a few days and has hopefully now moved on. The shop shelves remain sparse but not for much longer as the road-clearer’s have plowed their way through our Main Street.
But we’re holding onto the tins of soup for us and some neighbors, just in case. And the atmosphere gave me a small blessing of more time to create a passable Spanish talk. Adiós.

Owen Ferguson is a Reporter with Youth Journalism International.