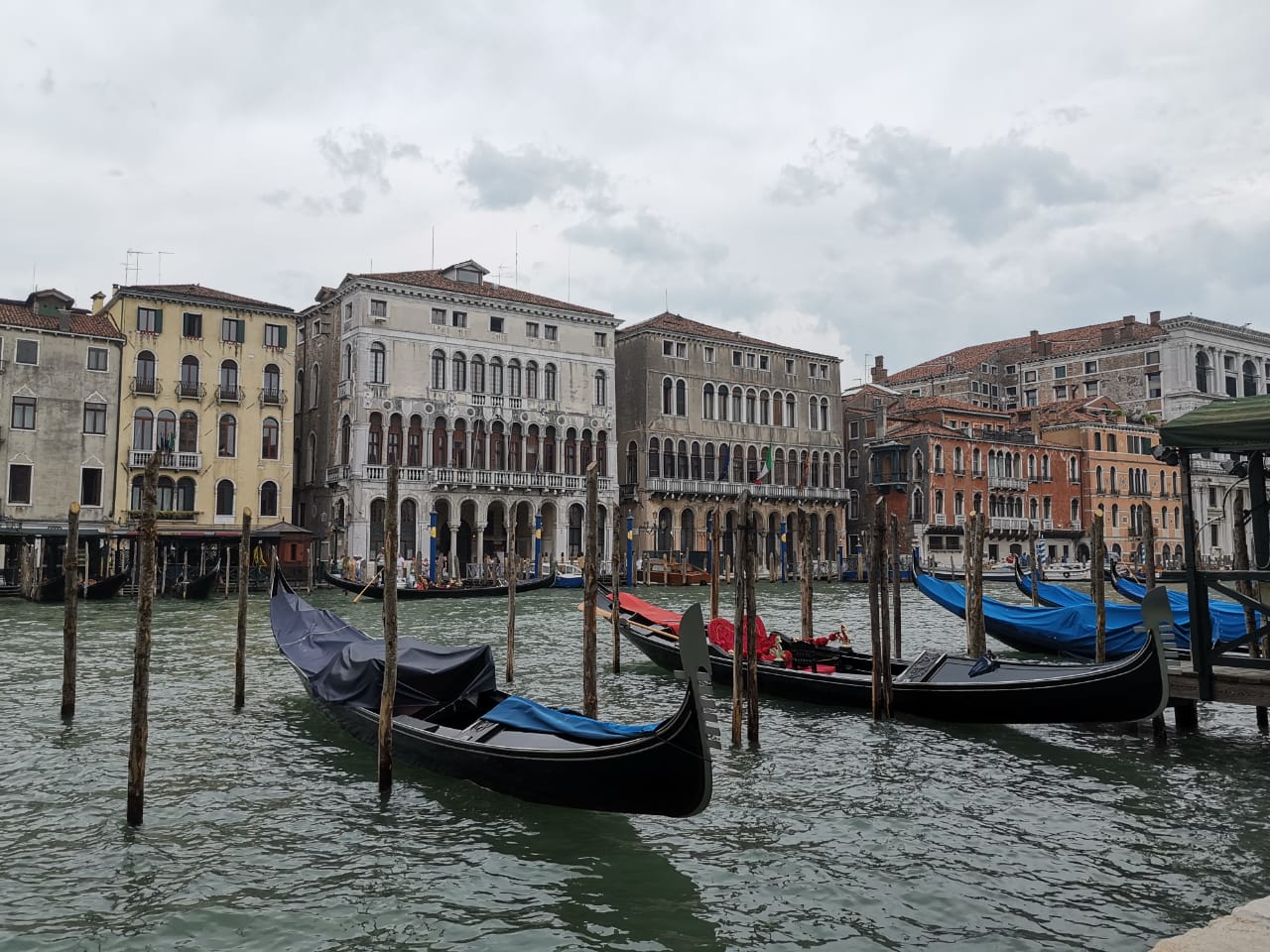 The Grand Canal is lined on either sides by palaces, churches, hotels and other buildings. (Lina Temzini/YJI)

VENICE – In the Middle Ages, Venice was nicknamed “La Serenissima,” “The Queen of the Adriatic” and “La Dominante” in honor of its beauty.

The city speaks for itself. Its magic is simply beyond words. 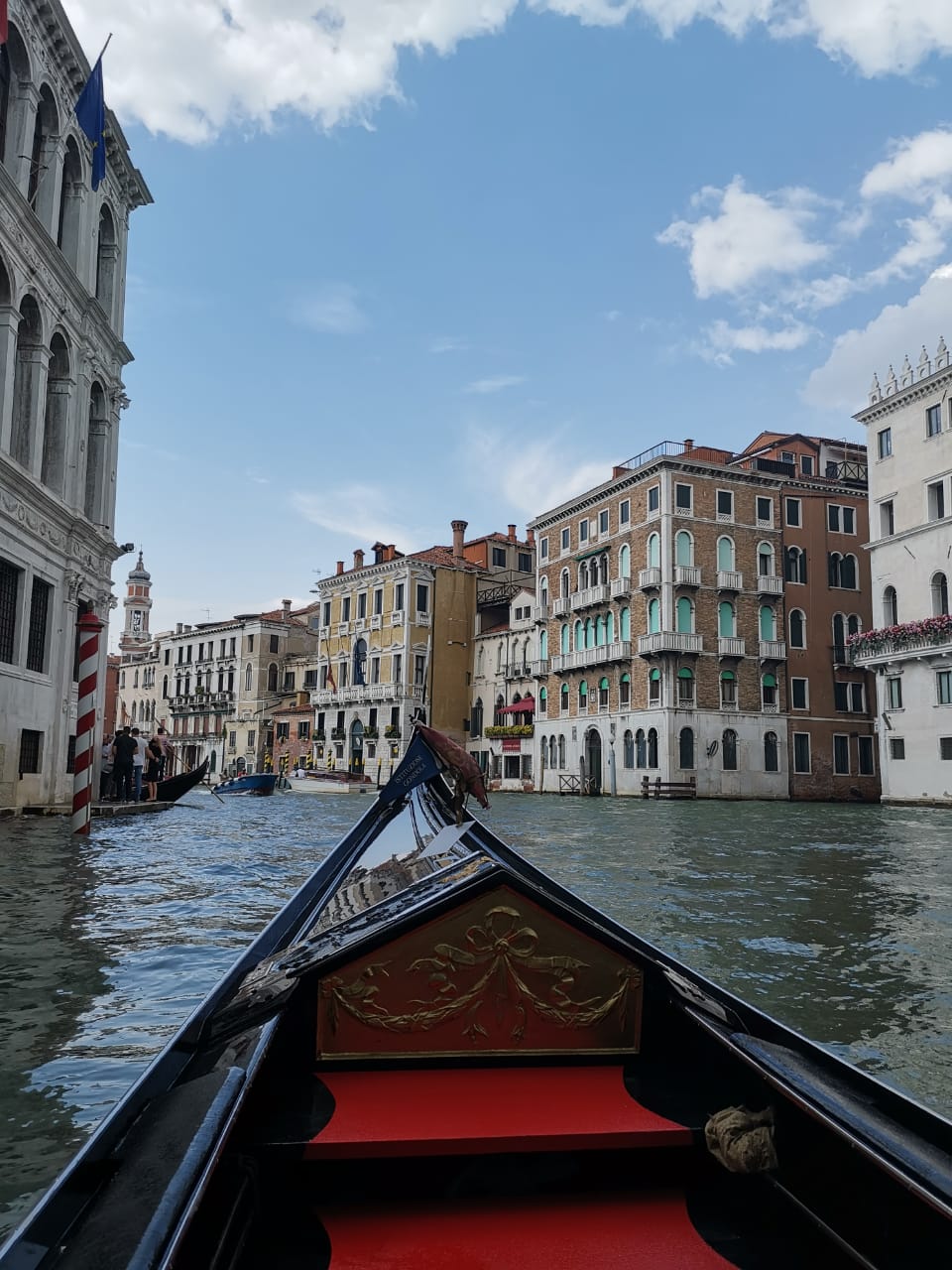 Floating on the Grand Canal in a gondola is an incredible way to see the city. (Lina Temzini/YJI) 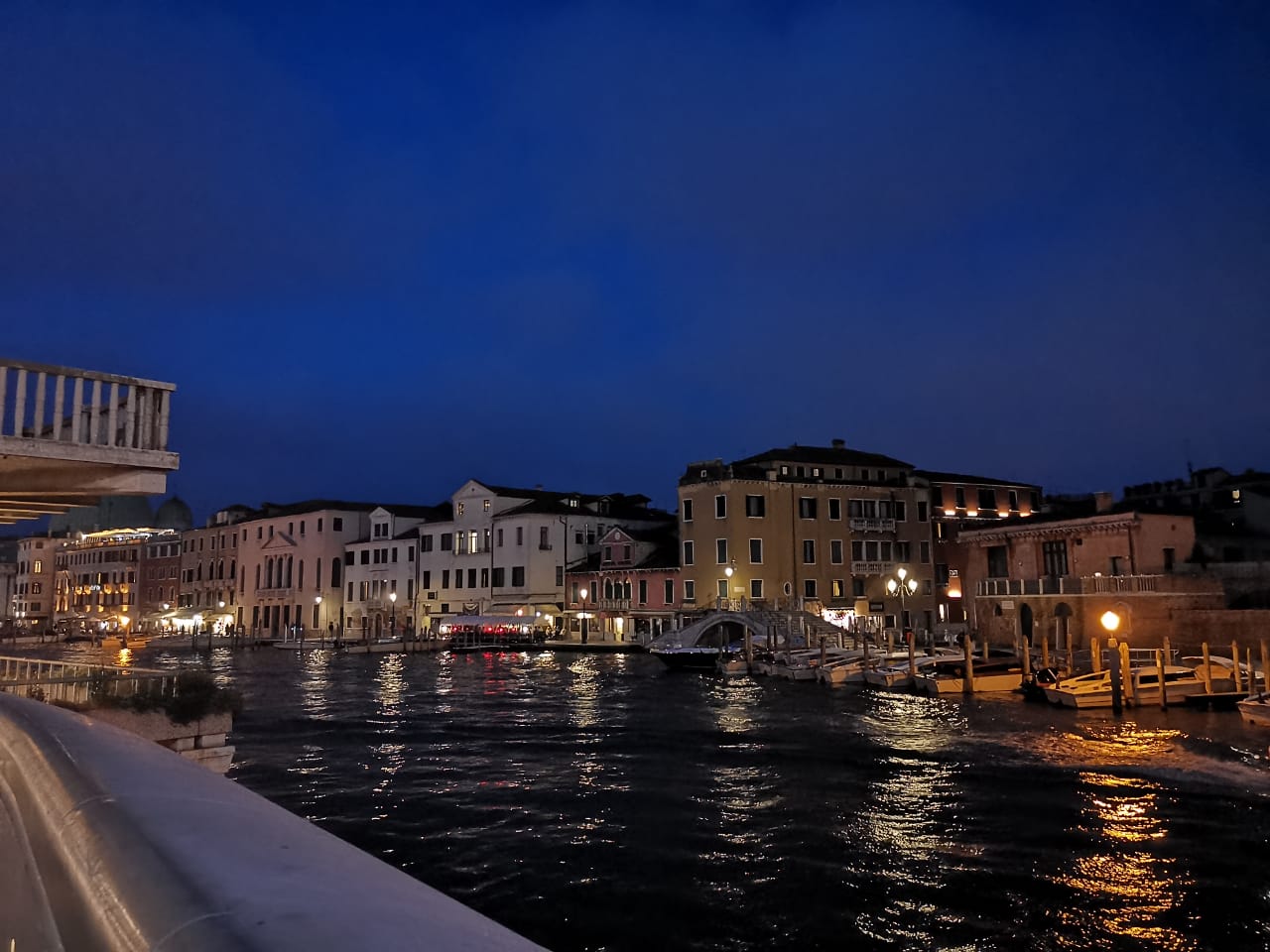 Despite the fact that my family and I went there a few months ago, we still find ourselves talking about the city.

The memories we’ve made there will forever be etched in our minds.

Completely surrounded by water, with its countless canals, and picturesque bridges, the city is simply magical. 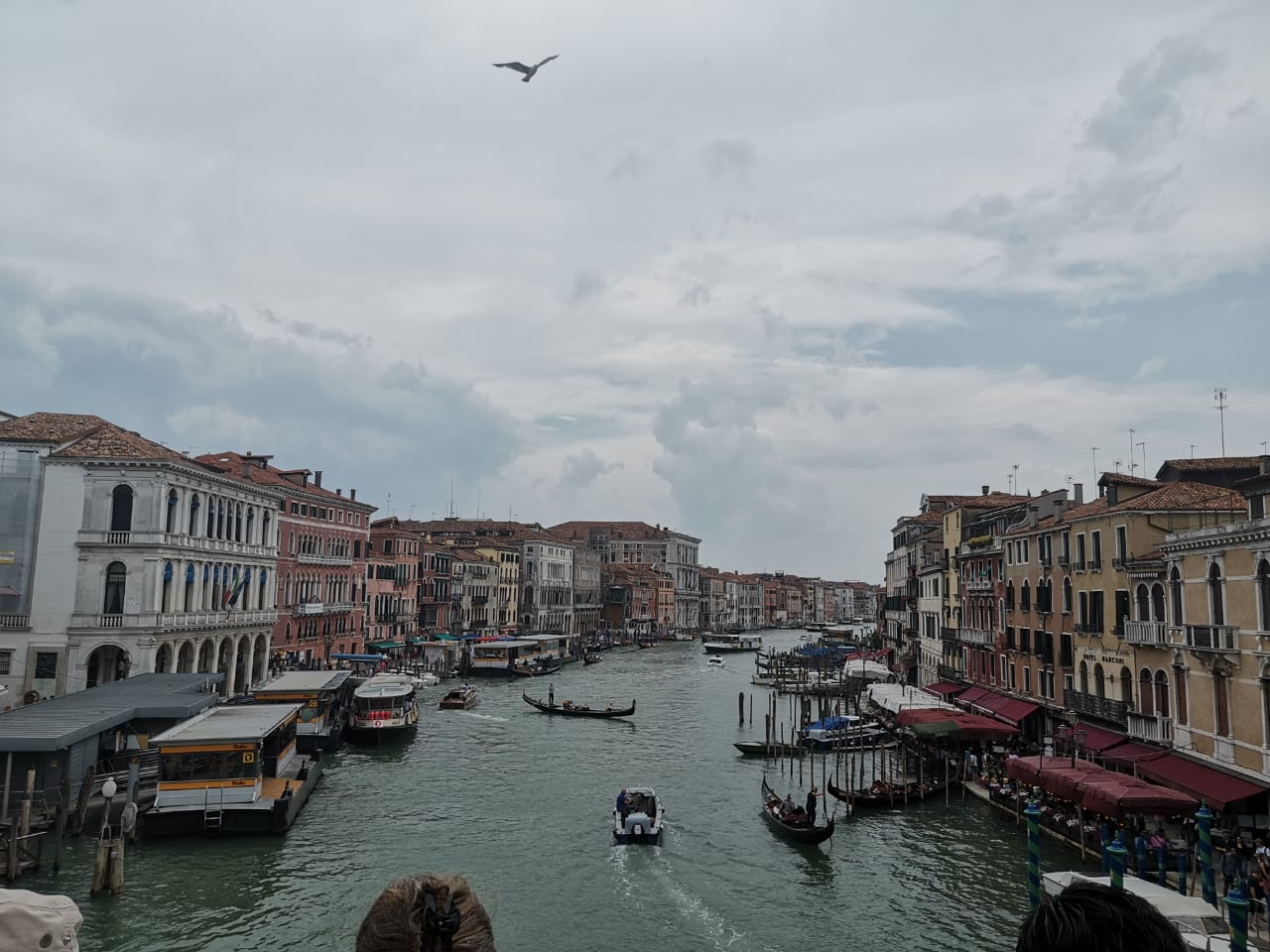 The view of Venice from the Rialto Bridge. (Lina Temzini/YJI) 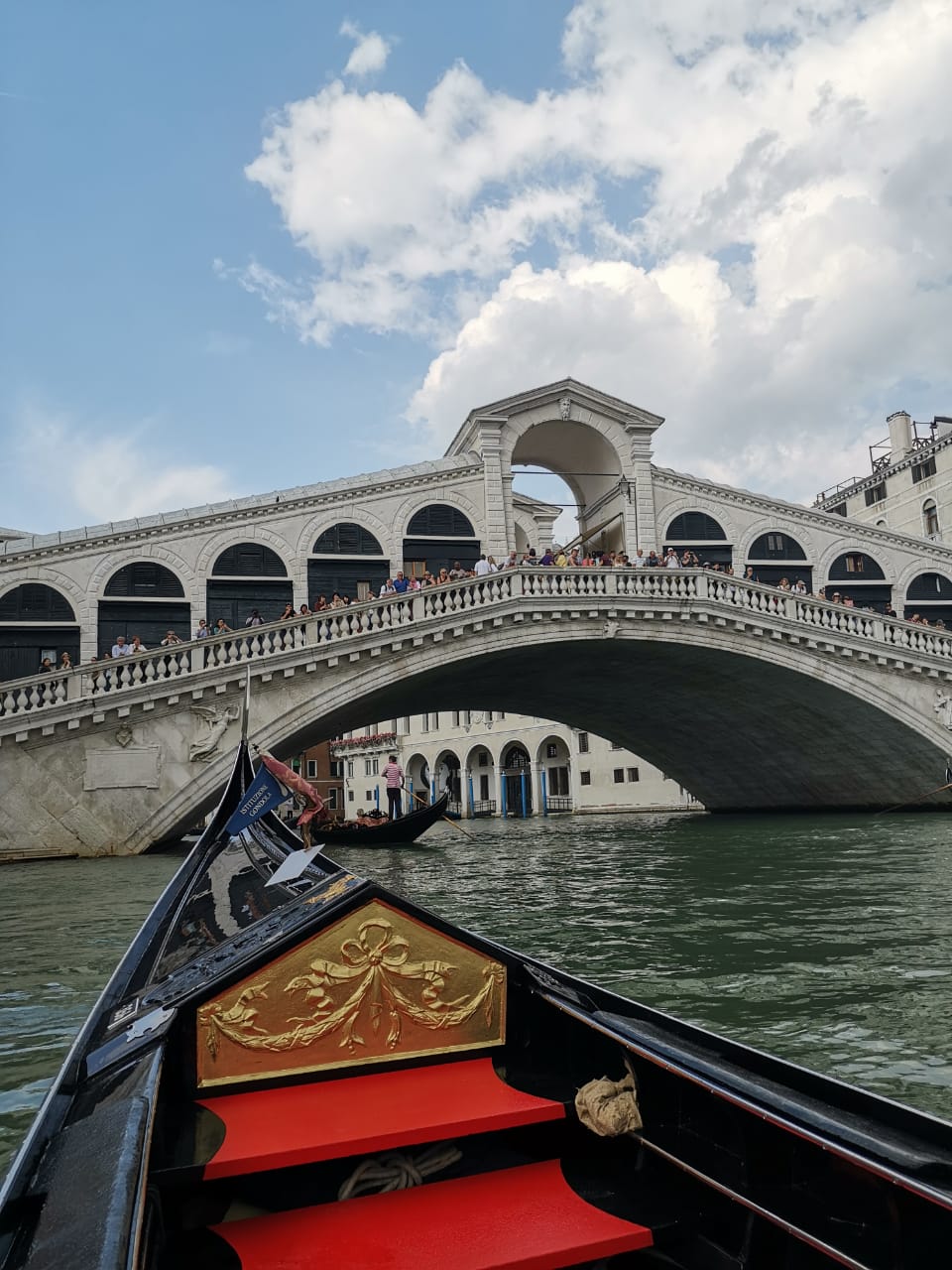 Its narrow cobbled streets, pastel-colored buildings and outstanding architecture make Venice one of a kind.

Sitting on more than 100 small islands connected by more than 400 bridges, Venice practically has no roads. To go to surrounding islands, we had to take boats called “water taxis” and “vaporettis.” 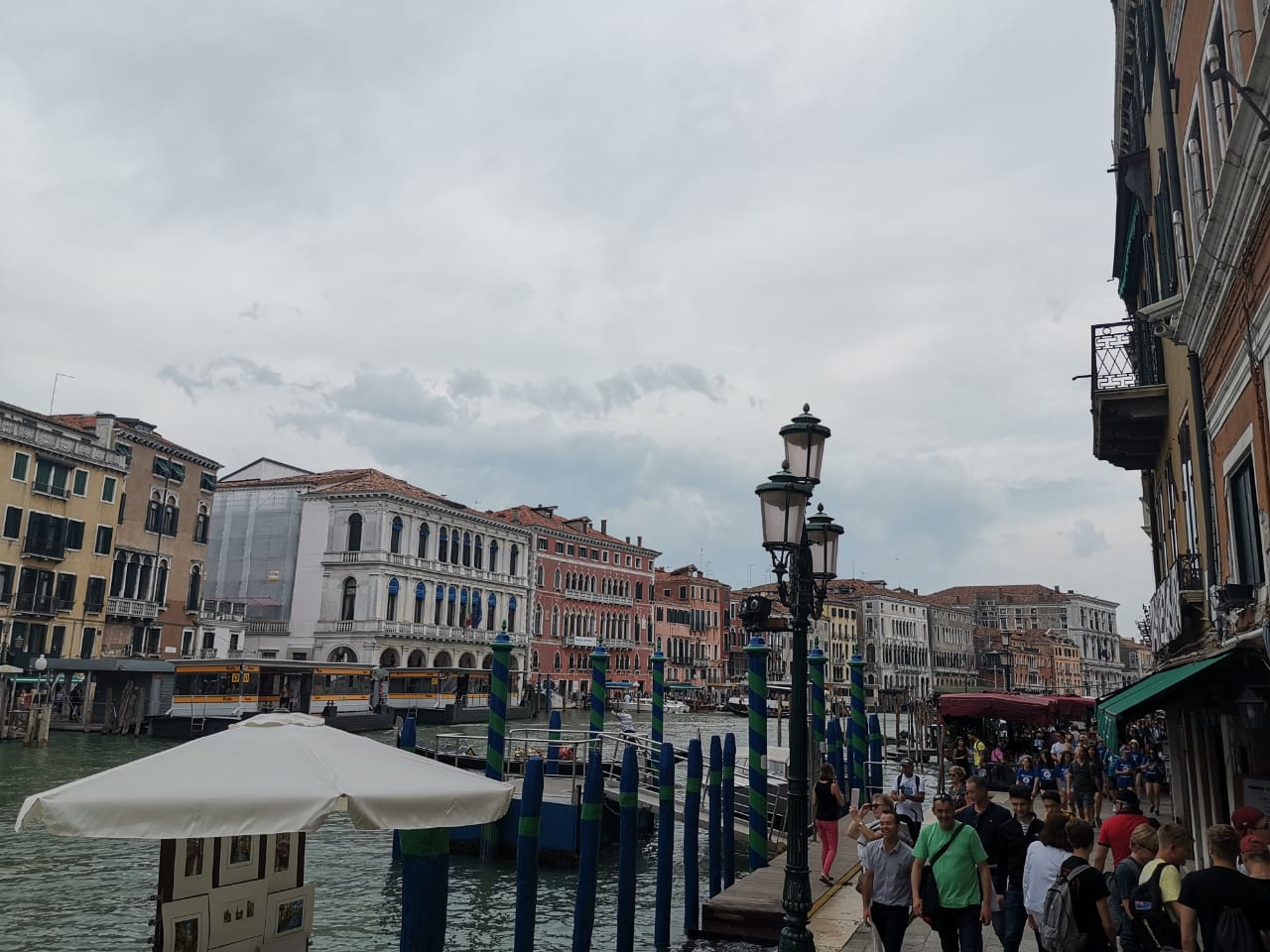 The Grand Canal is the most important waterway of Venice. It splits the city into two sides. (Lina Temzini/YJI) 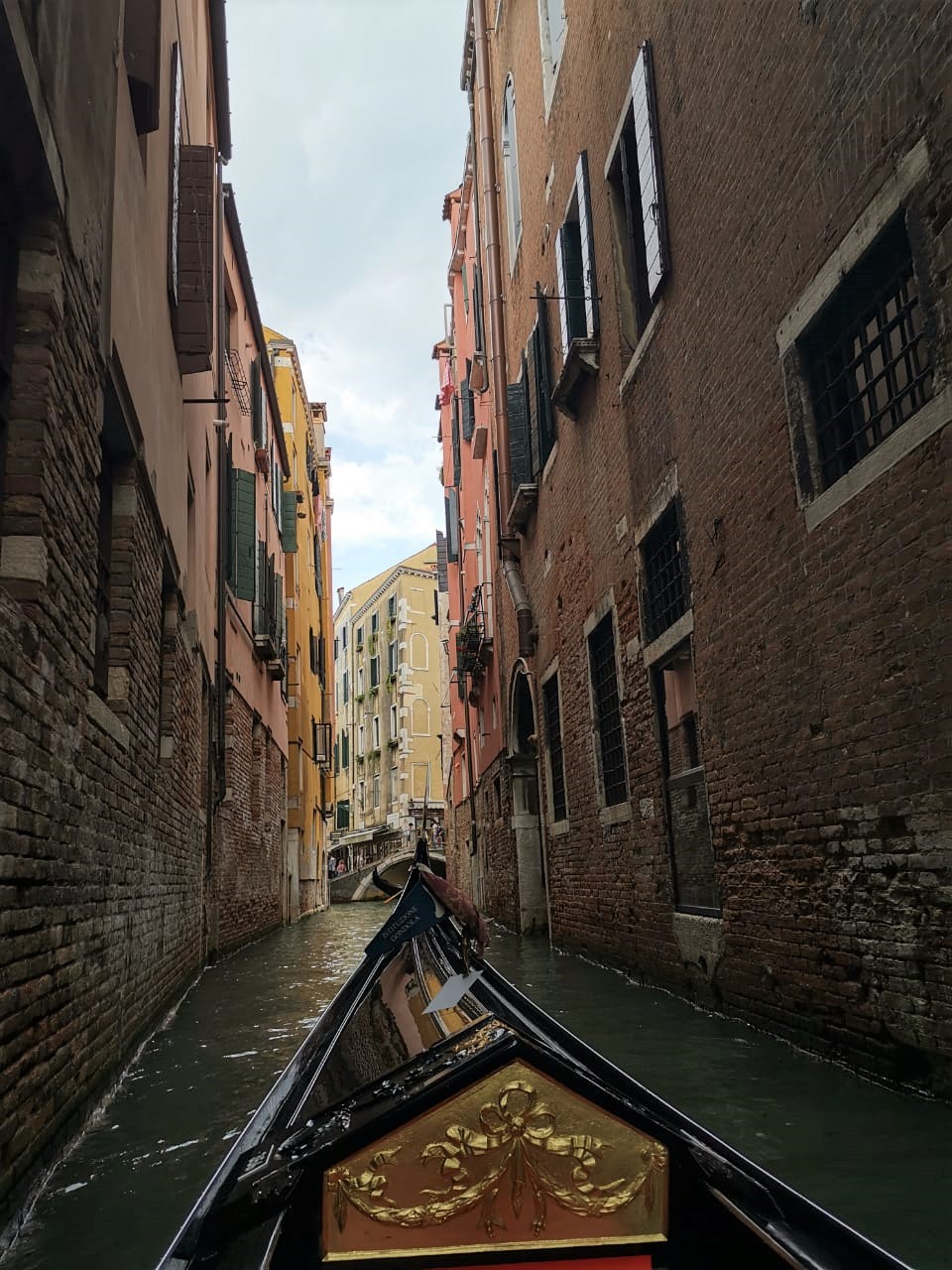 Discovering the neighborhood and gliding past the beautiful Baroque buildings and bridges of the city in the gondola. (Lina Temzini/YJI) 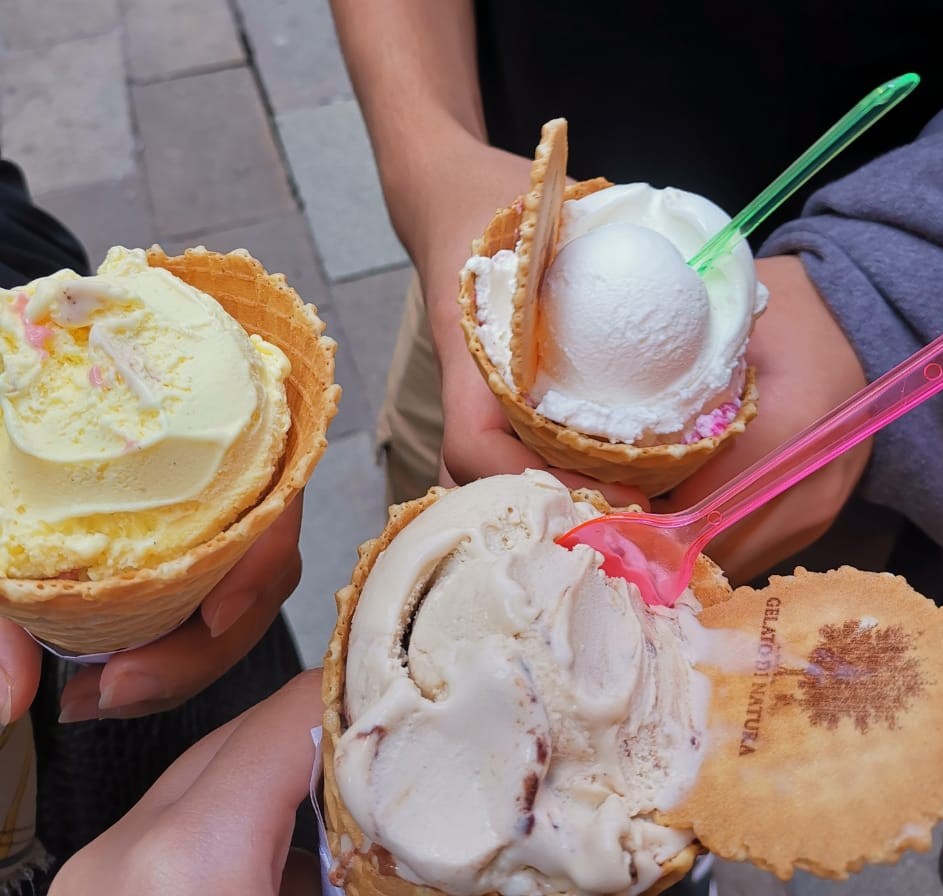 Gelato, the sweet cool treat that many say is the best ice cream in the world. (Lina Temzini/YJI) 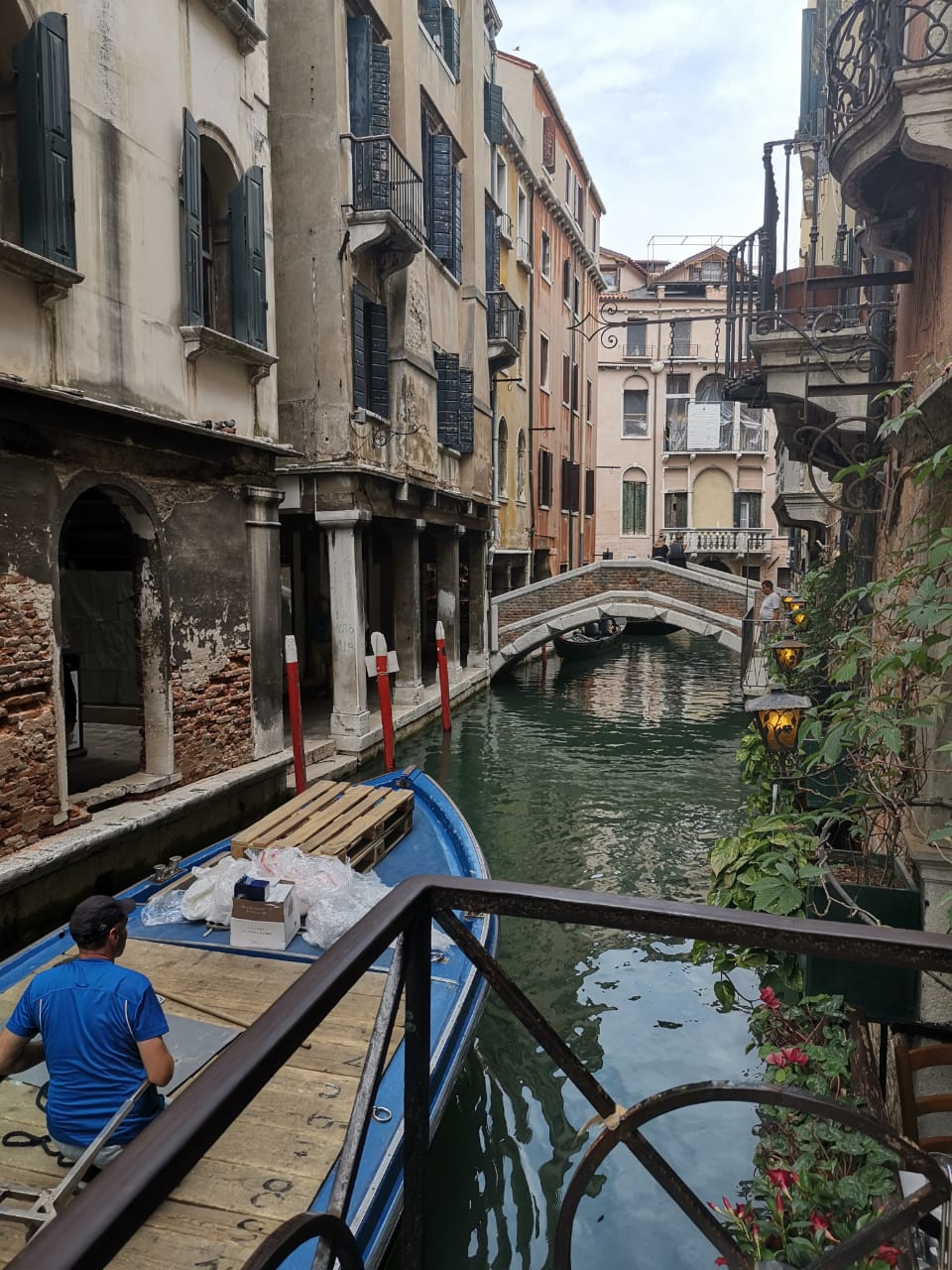 From a little bridge, this is the view of a small waterway between old houses and buildings. (Lina Temzini/YJI)

Taking the gondola was also one of the best ways to view the city’s main landmarks and to see Venice from a different perspective. On the gondola, you travel down the Grand Canal and into smaller waterways, flanked by beautiful bridges and arched buildings built in the Venetian Gothic style.

Walking through Venice’s narrow streets was like wandering through a museum. The ancient buildings, clothing shops, tiny souvenir shops and restaurants all looked very old and historical from the outside. 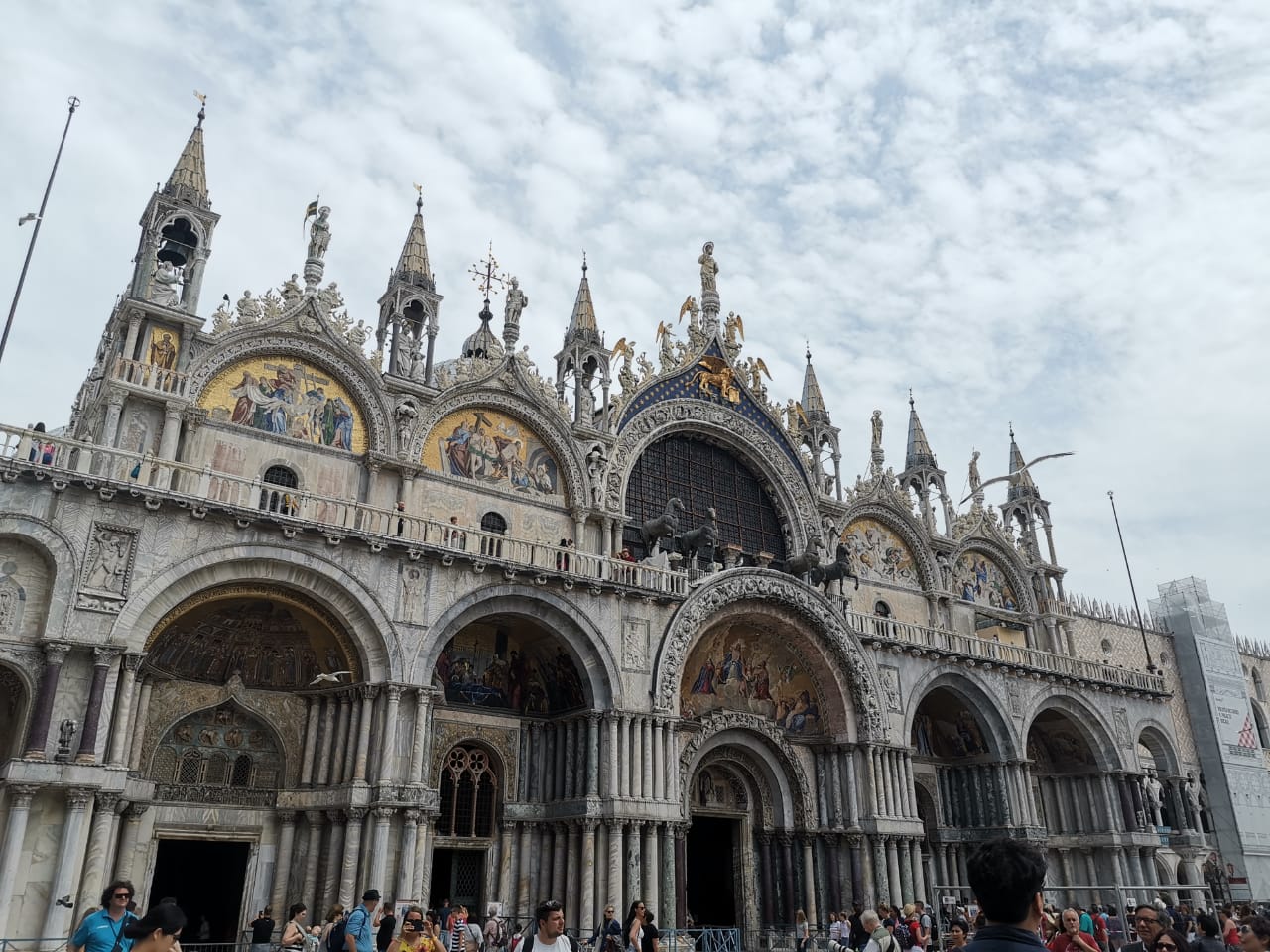 Venice’s central square, called Piazza San Marco, is the social heart of the city, with its impressive St. Mark’s Basilica and its unique Byzantine architectural style. There are other famous historical monuments and buildings, there, too. 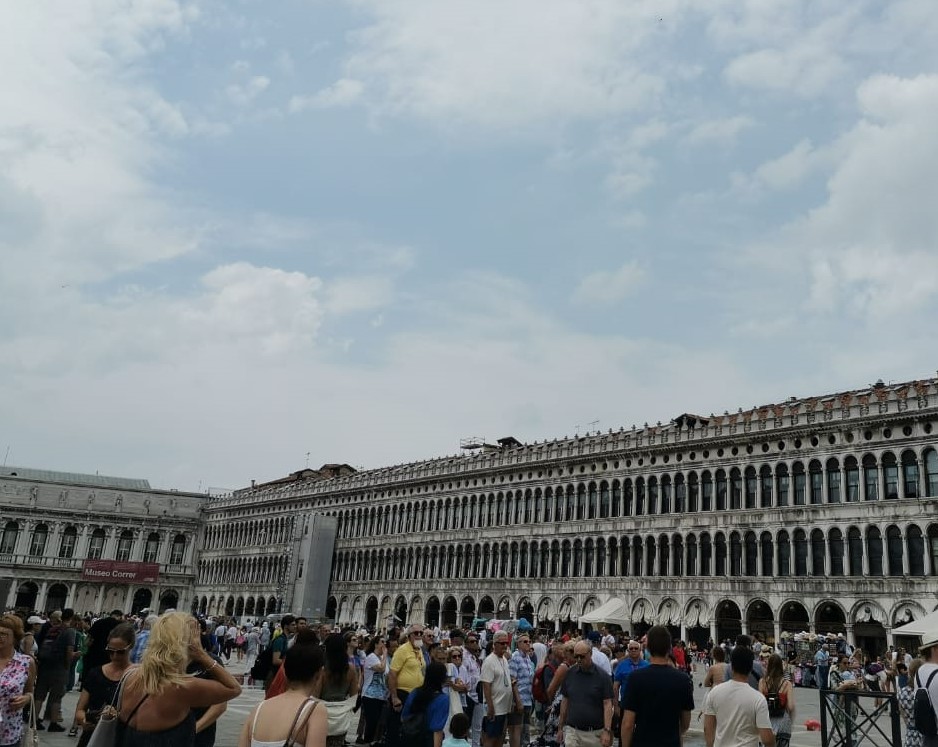 The Piazza San Marco: built in the early 16th century, the arcade is lined with shops and restaurants. (Lina Temzini/YJI)

After wandering around for hours, only a good seafood pizza could make things better. 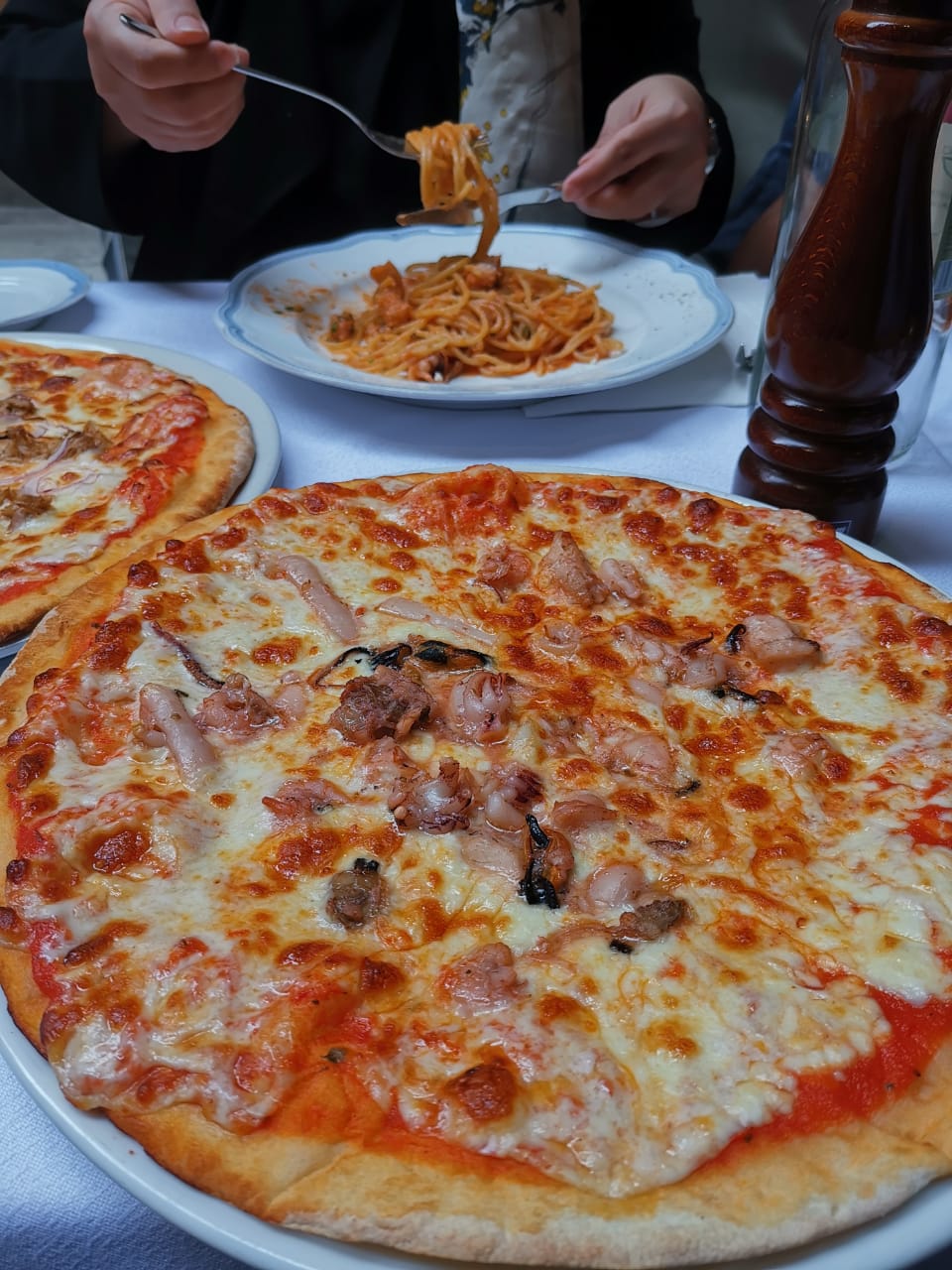 Only a delicious seafood pizza can make a wonderful day in Venice even better. (Lina Temzini/YJI)

Lina Temzini is a Junior Reporter with Youth Journalism International. 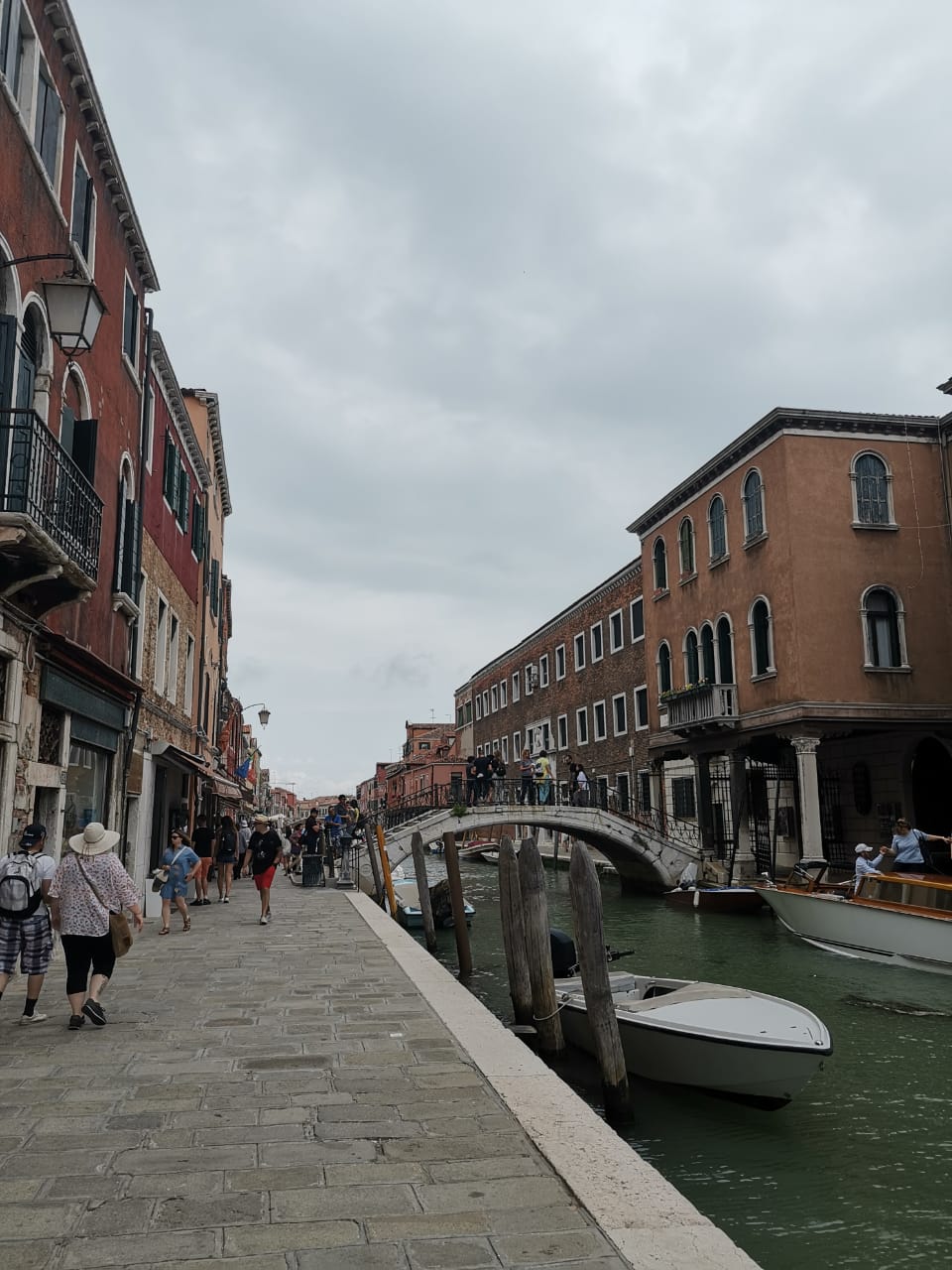 Murano is a short boat trip north of the city of Venice. It’s one of the best-known islands in the lagoon of Venice. (Lina Temzini/YJI)