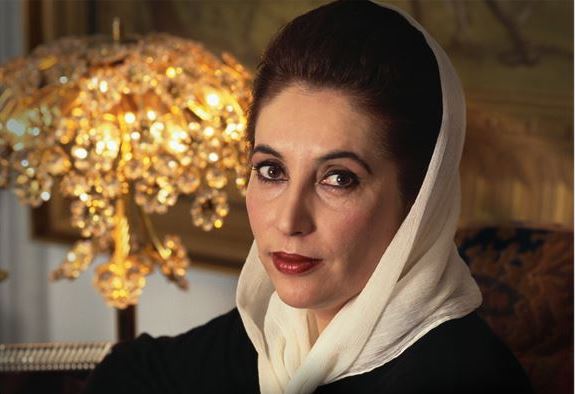 KABUL, AFGHANISTAN – The assassination of Benazir Bhutto is a loss for her homeland of Pakistan, but also for neighboring countries and the world.
Bhutto was such a familiar personality in many countries and also such a talented woman that people are feeling pain over her death.
Twice the prime minister of Pakistan, one of the world’s most populous countries, Bhutto led a life filled with bravery.
Her death at the hands of an assassin on December 27 was a big blow to politics in the region, as the uproar also impacted neighboring Afghanistan.
Afghanistan and Pakistan are both in danger until peace is re-established in both nations.
The violent, tragic death of the leader of Pakistan’s biggest political party definitely increased the level of violence and anarchy in a country that the global community already suspects is a haven for and birthplace of many militant extremist groups opposing the state.
The death of Bhutto, a key ally of the United States, will certainly put America on high alert in its mission in Afghanistan fighting terrorism. It will probably also bring a revision in U.S. policies in Afghanistan.
Pakistan’s border with Afghanistan is already a tense spot. Bhutto’s death and the resulting political turmoil will likely increase terrorism in Pakistan.
Though some people in Afghanistan blame Bhutto for the Talibanization of the country, looking at the current situation, it’s clear that they’re concerned over her death as it may cause enormous disorder in the region.
And the recent advances she’d made have washed away. For example, the Afghan Foreign Minister Rangeen Dadfar Spanta, called Afghan President Hamid Karzai’s recent visit to Pakistan partially unproductive as the discussions and pledges he made with Bhutto hours before her death are no longer relevant.
Shocked by her death, Karzai described Bhutto as the bravest daughter of Pakistan and the Islamic world and called for a mourning period in Afghanistan.
Bhutto, a graduate of Harvard University in the U.S. and Oxford in England, was married to Asif Zardari and the mother of three children. Zardari and his eldest son, 19-year-old Bilawal, are now taking over the Bhutto legacy where she left off, leading the Pakistan People’s Party.