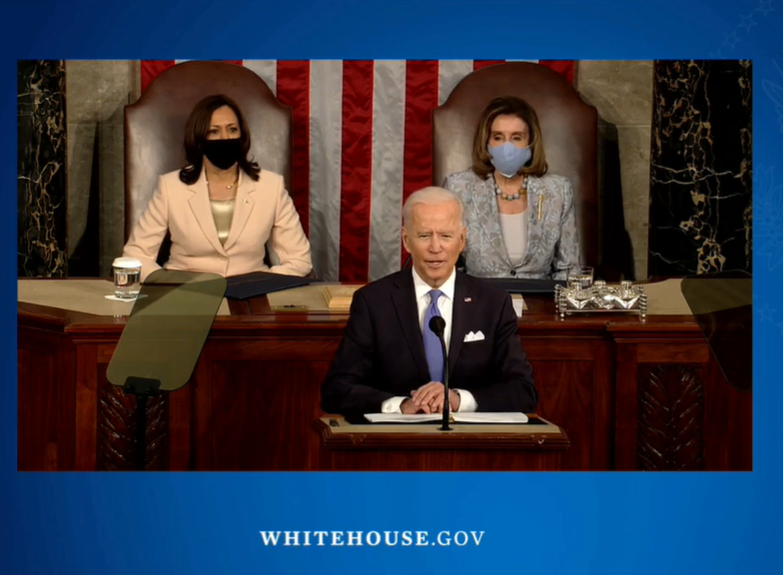 Former President Barack Obama allegedly said this of Joe Biden, his former vice president on the eve of Biden’s announcement that he would be running in the Democratic primary.

While blunt, Obama´s opinion was one shared by millions both inside and outside the beltway bubble. In a contest featuring almost two dozen people, Biden was considered a weak candidate, lingering ominously like the ghost of lost elections past.

These concerns were not without cause. Like Hillary Clinton before him, Biden was a career politician, who over decades had made his name synonymous with D.C.´s old boy network, a self-perpetuating culture of casual nepotism, ideological rigidity, and social stratification which is anathema to most Americans.

Add a well-documented history of support for center-right social policies and the tendency to reach across the aisle with right wing ideologues, and Biden had all the makings of a political cautionary tale. Left wing voters were resigned to begrudgingly cast their ballots, fully expecting to once again be led into disaster by a fractured party´s latest milquetoast nonentity.

A year has passed, and these dire predictions proved fruitless.

After three months of lurid electoral conspiracies gurgled from the malodorous maws of Trump and his allies – lies which would eventually lead to the infamous January 6 assault on the U.S. Capitol – Biden became president of the United States.

The new president sat in a desecrated Oval Office and looked out at a nation stuck in a terrifying and uncertain world of his predecessor´s creation. Few people – in the midst of an economic recession, global pandemic and mass civil unrest – would see cause for celebration.

But Biden created a brand built upon his image as the Democrat´s answer to Ronald Reagan. Avuncular and genial, he reassures those still in a fear-induced haze caused by last year´s compounding disasters that he has their best interest at heart. He suggests the fabled ¨return to normal¨ is just around the corner, “It’s morning again in America¨ repackaged for modern audiences.

Biden´s State of the Union Address was a reiteration of this theme, filled with proclamations of restoring ¨American leadership¨ and how ¨with light and hope¨ the United States can recreate its former glory.

Coupled with strong declarations of support for leftist policies, like raising the minimum wage to $15 an hour and demolishing voter suppression laws, Biden’s fervent ambition was laid out for the nation to see and served as another reminder that a new progressive era has begun.

Such adulation for the Biden administration, while understandable, is misplaced.  Those quick to place all recent victories solely at Biden´s doorstep forget teams of progressive political figures and external activist groups who dragged the White House kicking and screaming onto the right side of history.

The dismally low refugee cap by Biden’s predecessaor Donald Trump would have remained in place under the new administration were it not for outraged immigration advocates and their defenders.

Vaccines badly needed by India´s oversaturated hospitals would not have arrived if Biden had maintained his initial stance of keeping raw material embargos.

Neera Tanden – in all her vindictive, austerity-justifying toxicity – would currently be head of the Office of Management and Budget if people had remained silent about her abysmal record.

Extraordinary legislation like the American Rescue Plan shows a willingness to reject long-standing economic scaremongering about the ¨deficit,¨ suggesting Biden´s economic populism could be more than a facade. But for every $1.9 trillion-dollar relief bill and executive order on climate change, there is a Medicare expansion left by the wayside, and a pledge to end the ongoing war in Yemen broken.

Reckless historical observations only serve to bolster the administration´s myth about itself and refurbish Biden´s image as a man who can do no wrong.

Like the daring policies put forth by the Biden administration in recent months, these comparisons may be fleeting. Biden’s knee-jerk centrist instincts remain, as recent statements from the White House regarding his willingness to compromise on the infrastructure plan prove.

Obama´s alleged comments on Biden´s ability to mess up a good thing may have been premature at the time, but all of us should keep them in mind.

Biden´s Disneyland vocabulary of folksy aphorisms about America’s exceptional nature can soothe hearts and minds, but only continued pressure from the left can make those dreams come true.

If we let our guard down, then the Biden presidency will become like Disneyland itself: a collection of saccharine trivialities, filled with despairing workers toiling in silent pain behind the glittering splendor. It’ll merely be a monument to an idea long since forgotten, created for an era that no longer exists.

Zurie Pope is a Reporter and Senior Commentator with Youth Journalism International.