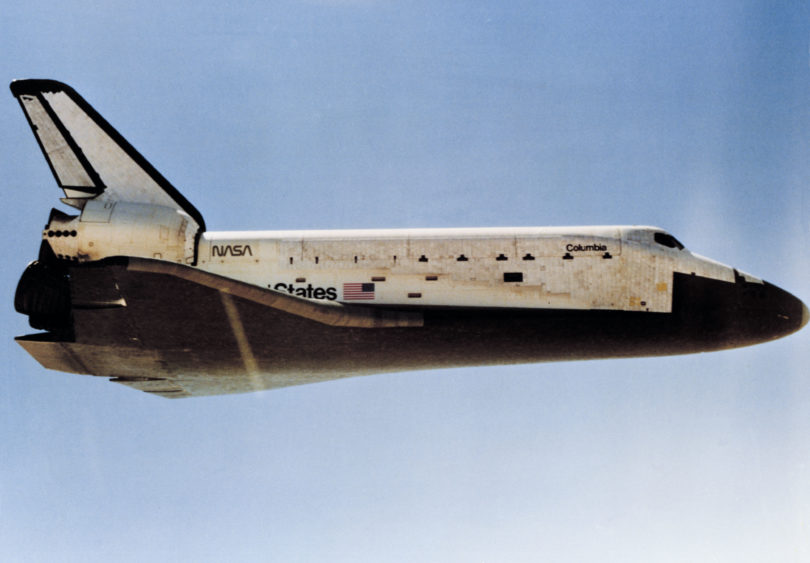 Toronto, CANADA — Days before that fateful February morning, Ilan Ramon emailed his brother from outer space. The past two weeks had been so great, he said, that he did not want to return to Earth.
Little did he know that he never would.
In one of life’s little ironies, the seven astronauts held a memorial at 11:39 a.m. on the January 28 anniversary of the shuttle Challenger’s explosion.
Talking about the Challenger’s crew, Rick Husband, the commander of the shuttle Columbia , said from space that “they made the ultimate sacrifice, giving their lives and service to their country and for all mankind.”
But they were not the last.
A mere four days later, seven other astronauts would join their comrades in a devastating explosion.
Husband, Ramon and their five colleagues had no way of knowing that their remains, along with the charred pieces of their shuttle, would be scattered across thousands of square miles on the first day of February.
Indeed, everything appeared as it should when the shuttle Columbia made its rapid return to Earth.
Houston ’s Mission Control gave the 100-ton shuttle given permission to descend at approximately 8:08 a.m. Eastern Standard Time. At 8:15 am , the crew began the de-orbit burn.
The first troublesome situation occurred 38 minutes later, when temperature sensors on the left wing were lost.
The last communication from Columbia came just before 9 a.m.
While the shuttle flew at 200,000 over Texas at 9:06 am — only 16 minutes before its scheduled Florida landing—residents heard deafening booms and saw flaming pieces of white metal rocketing across the sky.
Columbia had disintegrated.
At 11 a.m. , the flag at Florida ’s Kennedy Space Center was lowered to half-mast.
The rest, as they say, is history.
The space shuttle carried a diverse crew of two women and five men.
Kalpana Chawla, the first Indian-born woman in space, was on her second mission.
Husband was a devout Christian with two children.
Forty-one-year-old Laurel Clark’s responsibility on board Columbia was to investigate gene transfer in plants and the process by which bones lose their calcium in free-fall.
Flying was said to be the life of specialist David Brown, who was previously employed in the circus.
Michael Anderson was one of the few African-Americans to have gone into space.
Pilot William McCool had advanced degrees in aeronautical engineering and computer science.
Air Force Col. Ilan Ramon was the son of Holocaust survivors and the first Israeli in space.
The night before their January 16 liftoff, the seven astronauts, all in their forties, posed together. Smiles on their faces, arms linked, and necks adorned with colorful blossoms, the fate in store for them seemed impossible.
Yet they never made it home.
They died high above the earth, framed by miles of blue sky and cloud. They died where they had trained to be, where they were most comfortable, in a place where most people only dream of being.
Perhaps President Bush said it best: “The same Creator who names the stars also knows the names of the seven souls we mourn today. The crew of the shuttle Columbia did not return safely to earth, yet we can pray that all are safely home.”