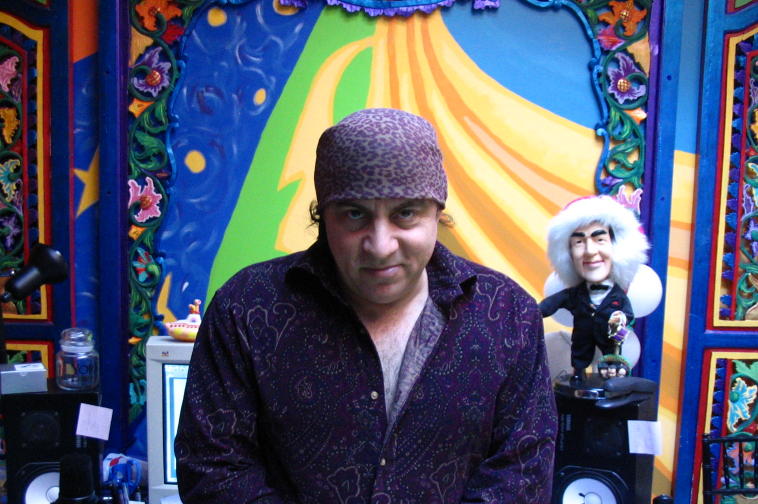 NEW YORK CITY – After 40 years of living a life dedicated to rock and roll, Little Steven Van Zandt wants to go back to high school.

It’s his passion for rock and roll that’s taking him there.

Van Zandt, guitarist for Bruce Springsteen’s E Street Band and a star on the hit HBO series The Sopranos, is on a mission to introduce kids to the music that shaped his life.

“We want to spread the rock and roll gospel as much as we can,” said Van Zandt. “I want to go where the enthusiasm is.”

Though rock and roll was once in the mainstream, Van Zandt said, it’s become an underground movement.

Rock and Roll in 40 Lessons

Van Zandt is introducing an eight-week curriculum, tentatively titled Little Steven’s Rock and Roll High School, that can be used nationwide within music classes or as an after school program.

He aims to have it in schools starting this fall.

“We have a basic history of rock and roll in 40 lessons,” he said.

The second stage of the program, Van Zandt said, will be concert tours of old and new bands, playing high-energy gigs together in high school gyms around the country.

“We’re trying to get it out of the museum and institutionalize it in public life,” said Van Zandt. “I want to reach kids.”

Though Van Zandt is keenly interested in teaching teenagers about the great rock and roll bands of the past, he’s not stuck there.

“We’re going to come to your school with five new bands, each of them playing about a 20-minute set,” he said.

Van Zandt said he’d then bring the bands around again in six months or a year.

His plan is to get sponsors for Little Steven’s Rock and Roll High School and for the concert tour so it won’t cost schools – or kids – anything.

“We have to gain the trust of 1,000 kids to come out to five new bands,” said Van Zandt. “The idea is to introduce as much information as you can and let the kids decide who they like and who they don’t.”

Van Zandt said he is now working with educators and Scholastic Magazine to find ways to incorporate the program into as many places as possible.

While students will enjoy the shows, Van Zandt said, the musicians will, too.

Most of the space is a large open area, awash in natural light pouring in from a wall of windows. At least one is cracked open, even in December, letting in fresh air and the sounds of the street below.

Wearing his trademark headscarf – this one a purple, leopard print – and python skin boots, lounging pants and a purple paisley Tommy Hilfiger shirt, Van Zandt straddles a chair and settles in, eager to talk about his program.

The curriculum grew out of Van Zandt’s concern over a lack of music education in high schools and his own desire to bring back rock and roll.

Van Zandt is as much at ease discussing new bands like The Charms as he is talking about early Beatles records.

For more about Little Steven and his plans, click here.

But for Van Zandt, the appeal of learning the history of rock music is not only multigenerational, but multicultural.

Rock and roll, Van Zandt said, is the only music genre created equally by black and white people.

“The fact that black kids and white kids have that in common is something that nobody really discusses very much,” Van Zandt said.

According to Van Zandt, rock and roll doesn’t discriminate and bands are what make it that way.

“What a band suggests is friendship and camaraderie and brotherhood and sisterhood and family and ultimately, it communicates community,” said Van Zandt.

It doesn’t matter if band or audience members are black or white, male or female, skinny or fat, or gay or straight, according to Van Zandt. Substance is what counts, he said.

Life Lessons from Rock and Roll

Once a basic curriculum of rock and roll is introduced through Little Steven’s Rock and Roll High School, Van Zandt plans to expand the program.

Instruction on potential careers in the music business would be next, he said, including courses on songwriting, graphics, video production, stage design, lighting and accounting.

Kids can also learn the teamwork and life lessons, Van Zandt said, that come from being in a band but can be applied in other fields.

“It isn’t just for people who want to be in rock and roll bands,” said Van Zandt. “Sometimes you have to compromise, you have to persuade people and sometimes learn to work together.”

For Van Zandt, rock and roll is a genre of music that allows kids to grow, develop, and change from record to record.

Van Zandt said this is a nice departure from what he describes as the “homogenized” areas of music such as hip-hop, hard rock, and pop.

“One hip hop guy gets hit by a bus, he’s replaced within an hour,” said Van Zandt. “Nobody ever misses him.”

Unlike many other countries that view the arts as a necessity, Americans see the arts as a luxury, Van Zandt said, and one that’s becoming increasingly available only to the rich.

It’s not right that average people can’t afford a ticket to the opera, the ballet, a concert or to the theater, he said.

“That wasn’t the original idea,” he said. “We need arts for the quality of life.”

Van Zandt, a 1968 graduate of Middletown High School in Middletown, N.J., knows from personal experience that his high school concert tour will make an impact on teenagers.

“The few bands that played my high school, I remember to this day,” said Van Zandt.

Van Zandt is so eager to reach kids, he said, that he’d even take the bands to Wal-Mart to play. 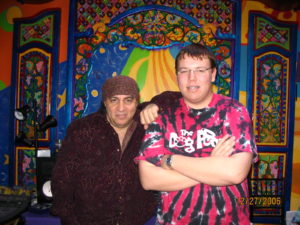