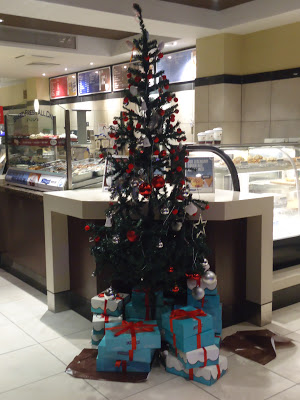 By
Mary Majerus-Collins
Senior
Reporter
Youth Journalism International
WEST
HARTFORD, Conn., U.S.A. – Many Batman fans noticed that in The Dark Knight, the Joker’s skin and hair do not appear to be
actually white and green, but poorly dyed and painted.
Normally
the internet trolls would be raging about this inaccuracy, but they are not. The
reason there has been such little criticism of the Joker’s appearance is
because of the fantastic job Heath Ledger did portraying him in the 2008 movie.
Ledger’s
performance as the Joker is even better when juxtaposed with the subpar job
done by Jack Nicholson in his version of the Joker in the 1998 Batman movie.
The
pale skin and green hair worn by Nicholson were too comic to strike fear in
viewers the way Ledger did as the clown prince of crime.

Ledger’s
tangled green hair and white-streaked face, complete with scars that elongate his
painted smile depict the grinning madman that’s been haunting children’s
nightmares for decades.
Fear
clowns, little children, for they blow up hospitals and burn money.
Movie
watchers saw Ledger’s Joker as a psychotic maniac with an appearance to back it
up. In The Dark Knight, the Joker
looks like the type of guy one would find on the F.B.I.’s Most Wanted list.
Ledger’s
character portrayal is the type that makes people want to go hide under their
sheets and cry. It’s also an extremely accurate film version of the Joker’s mind
as shown in Batman books like A Death In
The Family where the Joker beats Robin to death with a crowbar and then
blows up his remains, The Last Laugh
in which the Joker goads Nightwing into almost beating him to death and The Killing Joke when he shoots Barbra
Gordon (also known as Batgirl), paralyzes her and tries to drive Police
Commissioner Gordon insane.
This
is opposed to Nicholson’s ‘family friendly’ (as long as the whole family is
over 12) version. Nicholson’s big line is that one of his victims “got a little
hot under the collar” after being electrocuted, as compared to Ledger’s
infamous, “Why so serious?”
If
the Joker is going to be a mass murdering madman, go the whole way and make it
good.
If
the Joker is the clever green-haired jokester from the ’60s television series
then it’s not truly the Joker, it’s a male Harley Quinn. Also, Nicholson’s Joker dies at the end of his movie, breaking the
cardinal ‘you can’t kill the Joker’ rule.
Batman
can die, Robins can die and other superheroes can die, but the Joker can’t die.
The Dark Knight follows this
rule and the spirit of the Batman-Joker relationship by setting up for an epic
conclusion and last showdown between Batman and the Joker.
But
fans will never see it, because Ledger died in 2008, bringing the Joker’s duel with
Batman to an untimely end.
The Dark Knight is a great
film, but could use one small change. The last image the audience gets of the
Joker is of him, hanging upside down off the building with SWAT team
flashlights on him, laughing hysterically.
The
image then cuts to Batman entering 250 Fifty-Second St. to confront the villain
Two-Face, formerly District Attorney Harvey Dent.
At
this point in the movie, for a few seconds, there is no audio to speak of.
Instead of the silence, the Joker’s laugh track should continue for a second or
two after the scene change. Doing this would carryover the Joker’s presence
through the scene with Two-Face and remind the audience that this is all the
Joker’s work.
Also,
it would be just plain awesome.
That
film’s sequel, The Dark Knight Rises,
will focus on another villain, Bane, instead of the Joker because no one can
equal Ledger’s skill in the role.
Bane
is a diabolical super villain, the only one to beat Batman and one of only two
to discover his secret identity. The other is Hugo Strange and he is one of the
lamest super villains ever and he died.
Bane
has super strength from a drug called Venom that is pumped into his blood
through tubes leading into his head. 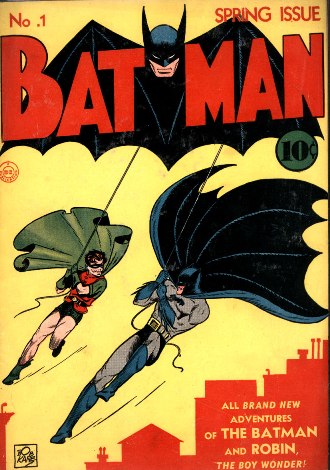 Catwoman
will also make an appearance in the new movie. It’s terrible that she hasn’t
been introduced yet. Because she is Batman’s oldest foe, she should have been
the villain in Batman Begins instead
of Scarecrow, who was a lame version of the Joker and the old-fashioned Ra’s Al
Ghul.
The Dark Knight Rises is based off of
three Batman comics: Batman: No Man’s
Land; the book where Bane is the primary villain Knightfall and The Dark
Knight Returns.
A
dystopian tale, The Dark Knight Returns
is the worst Batman comic ever, with Superman killing Batman, a poorly trained
Robin and the death of Alfred and subsequent collapse of Wayne Manor. And the
Batmobile – giant, bulky and awkward – is terrible, unlike the Tumbler, which
rocks.
Hopefully
the new movie will be balanced by the awesomeness of the other two comic books,
particularly No Man’s Land, which is
one of the best comics ever, excluding those Joker comics mentioned above.
But
director Christopher Nolan isn’t off to a very good start since the title itself
is poor.
Looking
at the titles of the first two movies, it is plain that the third movie should
incorporate Batman’s third name, The Caped Crusader.
Using
The Caped Crusader in the third movie title would avoid confusion between The Dark Knight and The Dark Knight Rises and give the last of the three Nolan films a
name of its own.