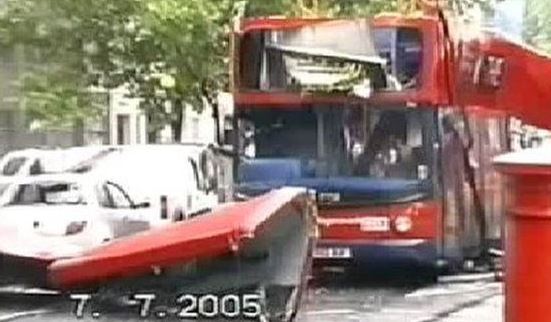 TORONTO, Canada — I awoke this morning to images of blood and death, a blown-up bus, charred trains and shattered lives.

The terror attacks in London this morning have taken a toll in my country of Canada , as there is an immense friendship here with England.

It is my belief and hope that Canadian Prime Minister Paul Martin, who’s in Gleneagles , Scotland for the G-8 conference, will provide comfort to England in as many ways as he can.

This past weekend, while staying at our family farm in Elora , Ontario , I encountered a British couple that wanted to call England. We assisted them, a small deed that highlights the proud bond that exists between British and Canadians.

Over the past few years, Toronto has had its share of scares and suspected terrorist threats.

I know people who work for Toronto ’s transportation systems who inspect subways and buses.

After the London attacks, I have fresh concern for them.

We can only hope that in memory of the 37 innocent dead in London and over 700 injured that we will never put 9/11 or other terrorism threats far from our minds.

A threat very much exists.

But despite the carnage, countries around the world should not follow the Bush administration or Washington on anything regarding Iraq or attacking abroad without extreme scrutiny

The world needs to unite to put its money into investigation, not into weaponry.

During Queen Elizabeth’s most recent visit to Canada in May to celebrate the centennial of Saskatchewan and Alberta , she mentioned that her mother once said, “I like to think of Canada as my home away from home.”

The queen repeated this, adding, “And it still is.”