One of the fiercest defenders of American liberty was former U.S. Sen. Adlai Stevenson, twice an unsuccessful presidential candidate but always a man respected for his intellect and his commitment to the ideals for which the United States stands.
Stevenson loved newspapers, which is altogether admirable. But he also loved what they stood for.
Stevenson once called the free press “the mother of all our liberties.”
Another time, he insisted, “The free mind is no barking dog to be tethered on a ten-foot chain.”
That’s why it’s particularly disturbing to read that for at least the third time this year the school administration at Stevenson High School in Lincolnshire, Illinois has displayed no respect whatsoever for the First Amendment, a free press or its students.
The District 125 superintendent, Eric Twadell, and the school’s principal, Janet Gonzalez, have proven repeatedly their contempt for the ideals that Stevenson built a career on, the same ideals that provide the roots for our democracy.
Twadell and Gonzales have squashed stories about teen drinking, tattoos, sex and more. They’ve ordered administration-approved pieces published in The Statesman, the school’s paper, and forced student reporters to put their bylines on stories they didn’t want printed. This week’s student paper carries a large blank space where the news should be.
All of it is a sickening display of power run amok.
Instead of teaching the school’s 5,000 students about the importance and crucial role of an independent free press, Twadell and Gonzalez have created on object lesson in what happens when government officials override our rights to try to bury embarassing information.
What’s happened this year at Stevenson High is a pigheaded attack on freedom.
At Youth Journalism International, we stand for a free youth press, not one that meekly goes along with the whims of dictatorial adminstrators.
So we commend the students at The Statesman. We hail the journalists and others who have taken up their cause. And we express the hope that Twadell and Gonzalez realize soon they are not running a prison. They are running a school.
After all, it was Stevenson himself who expressed the idea that “the first principle of a free society is an untrammeled flow of words in an open forum.”
Perhaps Twadell and Gonzalez should be sitting in a classroom learning some history instead of abusing their role as Stevenson High’s leaders. They have brought shame to a school that should instead be trying every day to live up to its name. 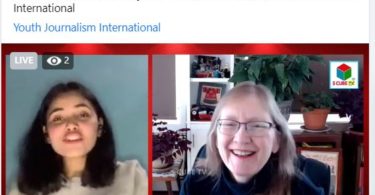 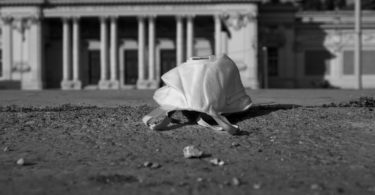 Covid Mood is a global project by Youth Journalism International examining how the coronavirus...