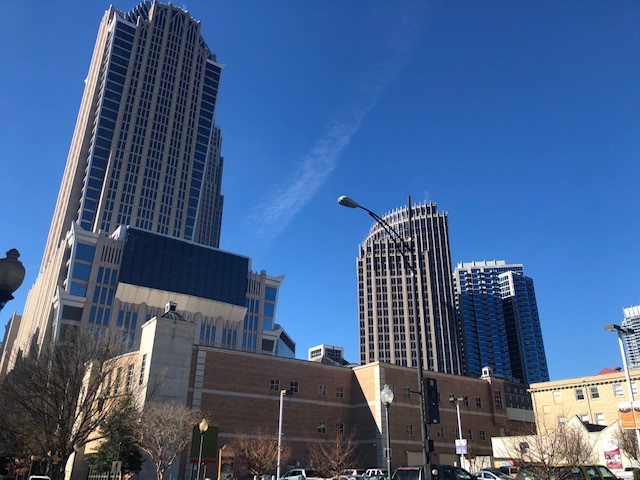 The “Queen’s City” is a fitting name, as some of the buildings look like sparkling crowns. The buildings, however, only make up a small portion of the vast city. 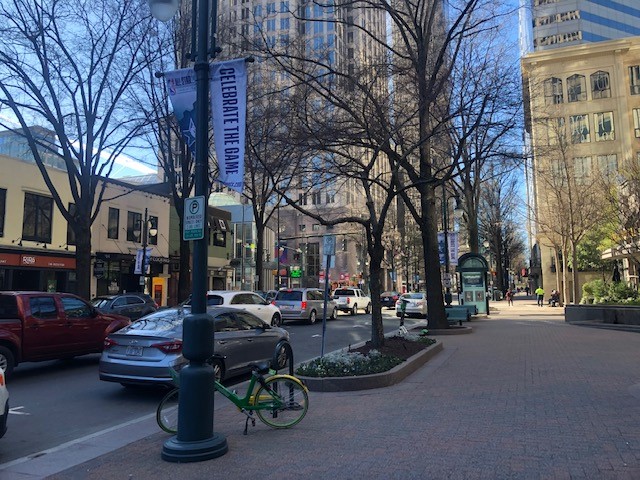 Charlotte is made up of a city center (otherwise known as Uptown) and is surrounded by sprawling suburbs, which is where I live.

Rather than the bright gleaming lights and tall buildings of Uptown, flat, rolling hills and tall trees make up my landscape.

But there is something special beyond those trees and hills: the sky.

No matter how much I dread the very early morning commute to school each day, the pastel blue, pink, and yellow skies calm me down. Later in the day, when the moon has risen, there is nothing more precious than sitting outside on the porch, staring up at the moon illuminating the cotton grey clouds. 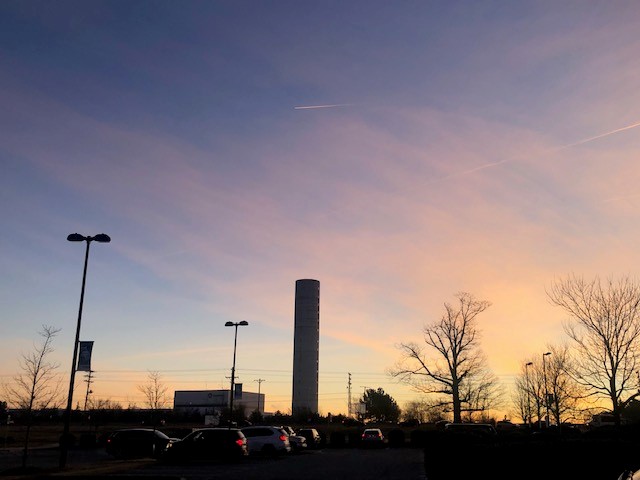 A pretty pastel sky on a cold winter morning in Charlotte. (Katie Scherner/YJI)

Weather also brings a jolt of excitement to my city. Because Charlotte is located between the mountains and the sea, the weather mainly offers a temperate, yet sometimes uncertain climate.

We might end up on the line between a tornado and a light breeze, or 10 inches of snow and a mere drizzle. Charlotte is known to shut down the entire city over a snowflake! This weather brings an element of unpredictability to my city, which I thoroughly enjoy.

Although I do enjoy my part of Charlotte, the heart of the city draws me most. From my house, it’s only about a 15-minute drive to the light rail station at the University of North Carolina’s Charlotte campus, and then a 30-minute ride to the city. 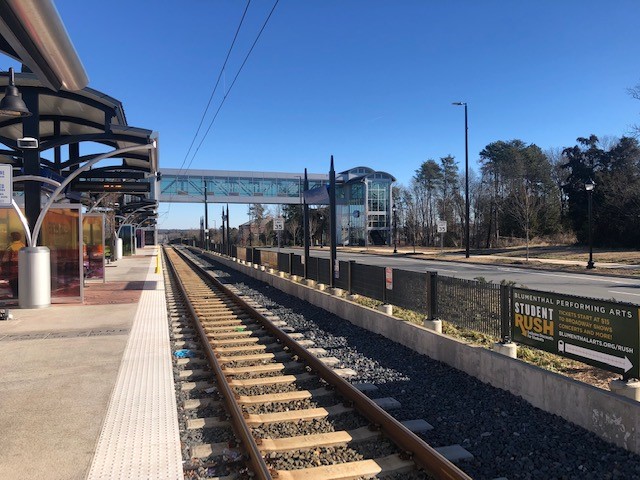 The light rail station at the University of North Carolina in Charlotte. (Katie Scherner/YJI)

It may not be considered much of a “city” to a New Yorker, but for me, it’s a city filled with memories that I hold dearly in my heart. I’ve watched beautiful performances at many of Charlotte’s venues and taken part in city scavenger hunts with my family and friends.

I’ve attended many Checkers hockey and Hornets basketball games and explored a soda shop filled with every possible form of sugar. I’ve also enjoyed a steaming hot bowl of ramen – the best in town. 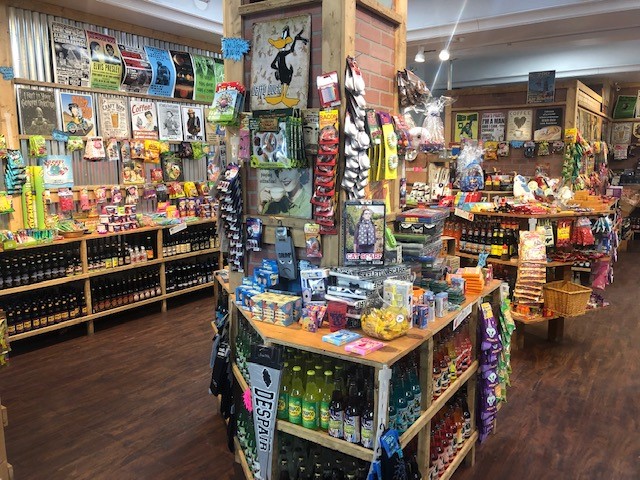 A soda and candy shop in the heart of Uptown Charlotte. (Katie Scherner/YJI)

It’s these memories that motivate me to move to a bigger city after college. For me, Charlotte has been the amuse bouche, and cities like New York City, Boston, and Philadelphia are the three-course meals.

There has, however, been a welcomed increase in urbanization within Charlotte’s suburbs over the past few years. New restaurants, entertainment centers, and stores have opened their doors as the population of the suburbs has grown.

In each section of the suburbs, you’ll find an array of unique places to explore. While I do admit I’ve had fun eating unlimited sushi, spending time each year at UNC Charlotte’s international festival, and going bowling with my friends, nothing compares to being surrounded by buildings and the hustle and bustle of Uptown Charlotte.

For the past 16 years, I have been caught between a quasi-city and a small town. Oh what a predicament!

Eventually, my heart will bring me to a bigger city. But I will always appreciate the homey feel of my neighborhood, the memories that have taken place on this soil, and the passion-filled city with unique opportunities that will always kindle the fire in my heart.

My city claims “Charlotte’s got a lot.” I couldn’t agree more.

Katie Scherner is a Junior Reporter with Youth Journalism International.