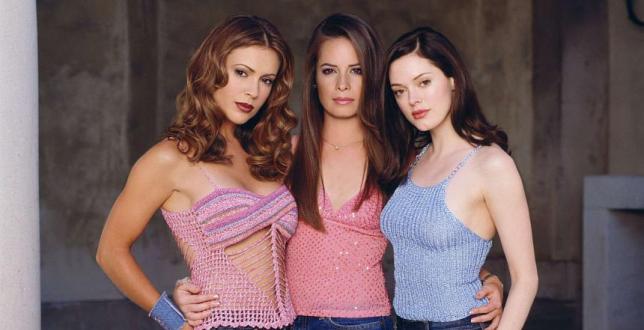 “Charmed” is a captivating series about three sisters bound strong by destiny.
The Halliwell sisters — Piper (Holly Marie Combs), Prue (Shannon Doherty) and Phoebe (Alyssa Milano) — were average twentysomething women until Phoebe, the youngest, found The Book Of Shadows in their attic.
The book changed their lives and brought them powers mere mortals can only dream about.
Despite their supernatural skills, the siblings need to live their lives as normally as they can even though they face random attacks from demons while they’re them at home, work or on the road.
They need to save innocents — and cover up evidence from the police when demons, warlocks and trolls prey upon the public.
The sisters keep their witchcraft a secret to protect themselves against the hype and media attention and the hungry claws of science.
With all of this, they also have to ensure the loves of their lives are, in fact, not evil.
Fortunately, they have their white lighter; Piper’s husband Leo (Brian Krause), to heal and warn them about the evil source’s current actions. A white lighter is sort of guardian angel for good witches.
During the last season, its the third on the WB Network (it’s also on Living TV on cable), “Charmed” left us crying out in sorrow when the demon Shax attacked the ass-kicking trio and left Prue, the eldest of the sister witches, dead.
They have now brought in Paige (Rose Mcgowan), their long-lost half-sister from when the girls’ mother had an affair with her white lighter. Paige’s parents had abandoned her — leaving her on a church step — because witches are forbidden from getting involved with their white lighters in case their love for each other blinds them to their role of saving innocents.
All in all, “Charmed” is a brilliant series for the enjoyment of the whole family.

Susanna Schiller is a Reporter for Youth Journalism International.