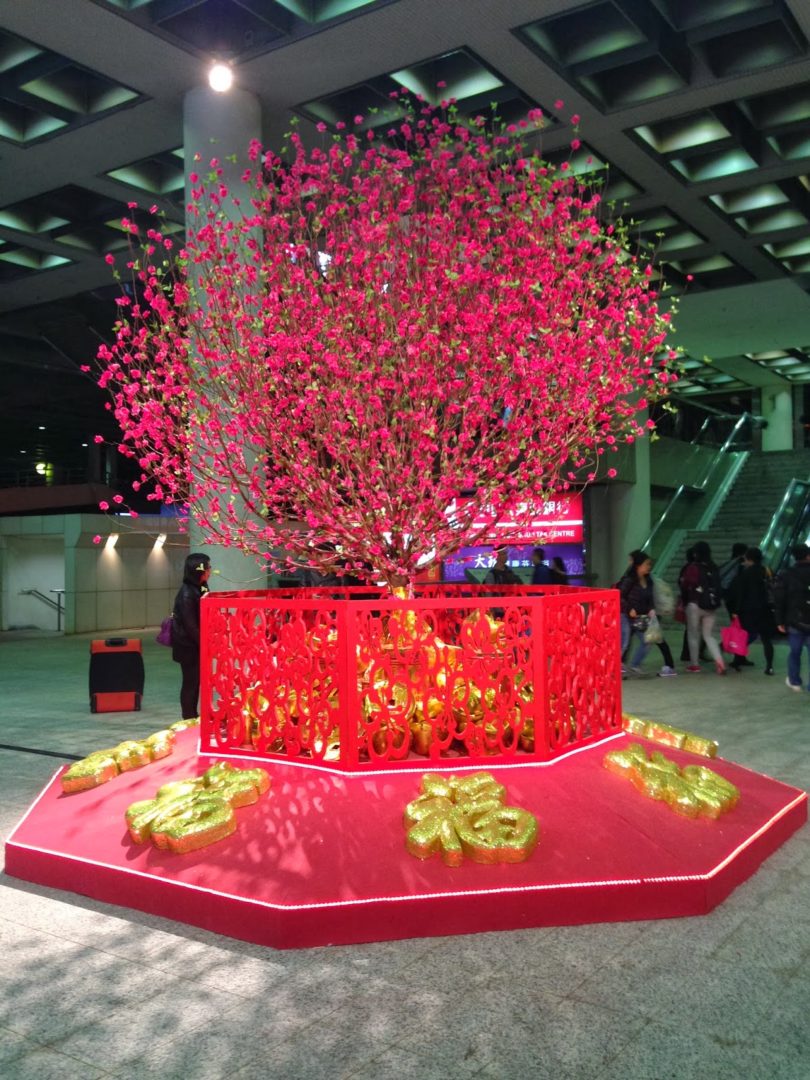 ZHUHAI, Guangdong, China – Spring Festival’s red packets, firecrackers, couplets, dragons and lions all make up the one and only Chinese edition of “Christmas” while decorating
with more red color and a warm atmosphere.

The bustling train station and airport is a mirror of why Chinese people put the Chinese New Year front and center. No matter one is a migrant worker, a white-collar worker, a boss or a governor, this is a time for gathering, a time to reunite and share the fruits of the past year with family and friends.
What foreigners rarely consider is that the true picture of Spring Festival may not be the same as the big family gathering they imagined. It may be a little less
enthusiastic. The real condition varies from place to place.
For the people in the city, Spring Festival does mean going back to their hometown, since Chinese society has been pushing citizens to leave the hinterlands where they’d lived for years and move to coastal cities or central cities. Then work becomes a stumbling stone that makes return visits inconvenient, if not difficult.

So staying in the city with merely one child due to the one-child policy is the choice for more than half of the city population. Compared to the city, those in the countryside are never alone. 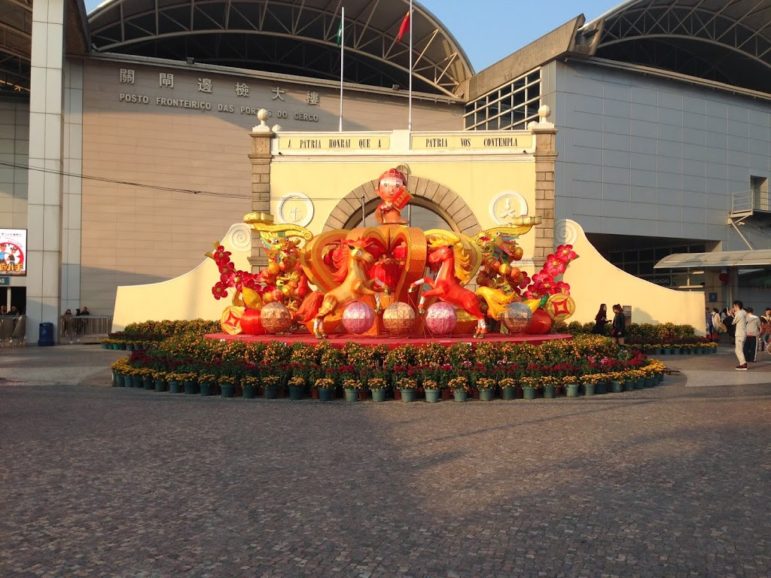 The red festival decorations in front of the historic border between Macau and the Chinese mainland. (Yiping Holly Wang/YJI)

China has a large proportion of peasant workers who are not limited by the one-child policy and more often than not have more than three or four children which means that Spring Festival in a village is far more complicated, solemn and traditional
than in the city.
Those who live in the country have even more customs.
While getting together with relatives, those who settle down in the village need to do the house cleaning, which represents ducking doom; stay up late, which reflects the upcoming happiness; explode firecrackers, which represents long-standing joy;
welcome the god of wealth, which, as its name implies, can bring people fortune, go to the mountaintop, which expresses the wish for the family, and so on.

It’s no exaggeration to say that there are many Spring Festival rites in the country – more than 20 kinds, depending on the different regions and nations. 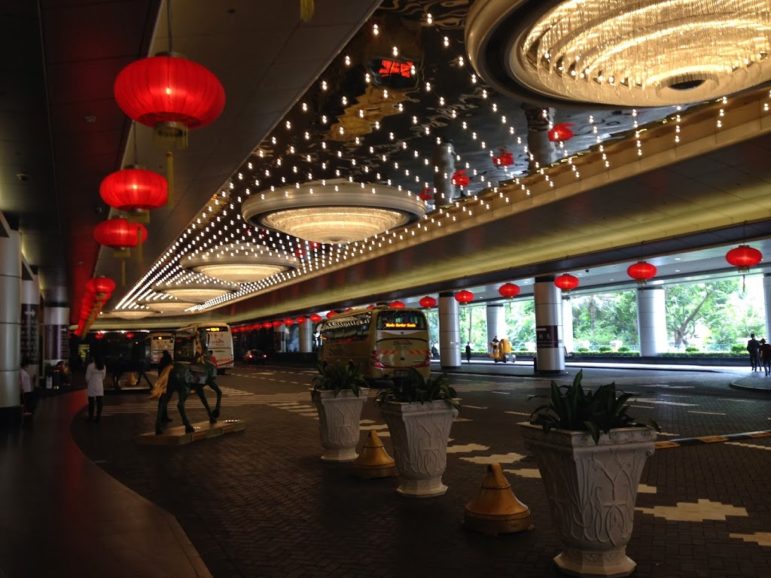 The celebration of Spring Festival in the city, at least in my city, is simpler, but not chill. It’s instead an intermingling of simplicity and meaningfulness. Since I was born, I’ve lived in Zhuhai, Guangdong, located in southern China next to Macau and near Hong Kong. It’s rather international and hospitable.
My parents are from the north part of China, though. Unlike my friends’ families, we do not care about whether it is the right time to eat the jiaozi, or dumplings, which by all accounts are the quintessential Spring Festival food. What we do care, akin to others, is whether we spend the festival satisfyingly as well as ecstatically. I meet my parents’ friends and they give me the customary lucky money. The amount of the money is tied to the intimacy of our relationships. Out of tradition and courtesy, my parents give them back if they have children who are under 18 years old.

We paste banners called spring couplets and “fu” (which means blessing in English) on Chinese New Year’s Eve. The deep red papers with dark black calligraphy take on not only the new aspect of the unpredictable year but also the endless hope of all matters and issues or a Chinese dream, if you’d like to view it with political overtures. 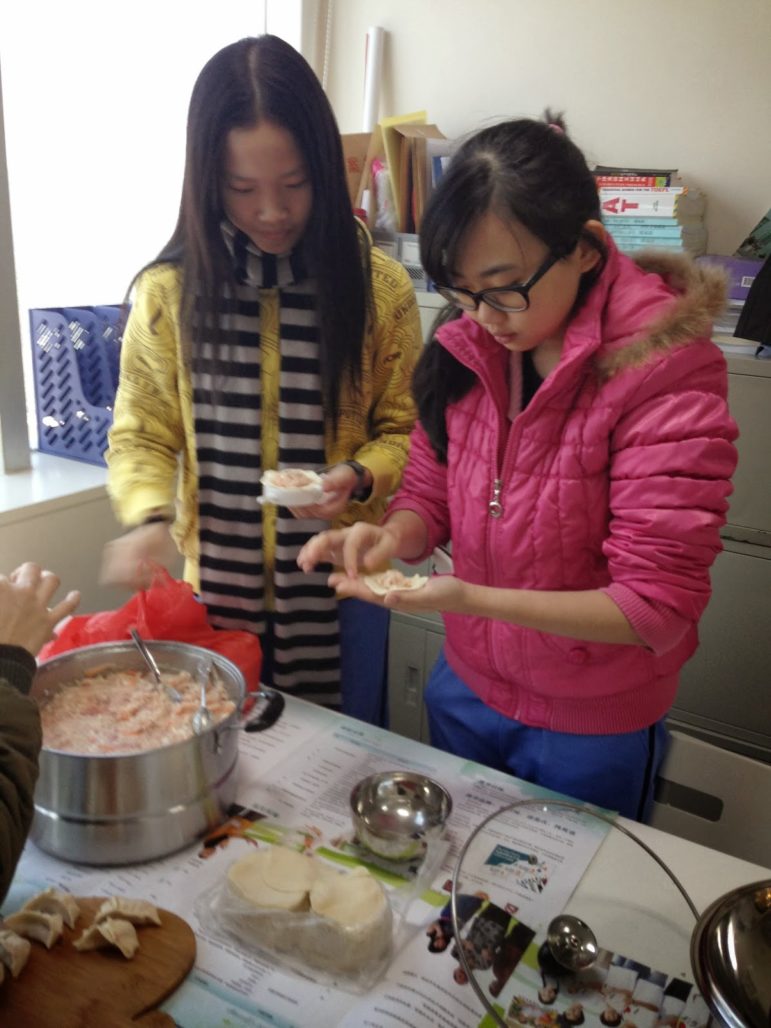 Reclining on the sofa, watching TV and making jiaozi, my parents and I await the midnight bell. My mom is well versed in making jiaozi. She usually adds chives and egg, my favorite, into dumpling wrappers. No one sets limits on the filling of the dumplings, and meat and vegetables are the most popular and ubiquitous combination.
The day after Spring Festival Eve, a litany of new visiting gets under way. If one has relatives in the city, then they will call on each other on the first day of the lunar month and oftentimes, a meal is enough. Subsequently, we pay a visit to our close friends in droves for days on end unto the seventh day.
And that’s how a family celebrates the most important festival of a year for the Chinese.
In cities, everything is embellished with red. The trees wear red overcoats made by illuminations, the lampposts are covered with red lanterns and red banners are strung on every building saying “新春快乐”(which means “Happy Spring Festival.”)
All restaurants, whether they are fancy or casual, put advertisements in red papers on the walls or windows for the specials for the holiday. Everywhere, as long as you are in China, has “red ambiance,” a phenomenon that can only be seen during the Spring Festival. It’s a feeling of warmth and love, of euphoria and comfort and of power and expectation.
In America, Chinatown celebrates the Spring Festival, too. The difference between the holiday in China and in America is that outside of China, all the Chinese people grow nostalgic during this time. Nonetheless, people in China show happiness as if we live for the moment, along with pride in the rise of our own country. It is this pride that provides us with a sound reason for celebration. We aim for a fresh start, for being someone better, for enjoying the results of our efforts, for turning might-have-been into a coup, for setting out on a brand long journey toward our dream in the coming year.
Most importantly, Spring Festival is less a review of a year than a new step in the next landmark of life filled with perseverance. We make ourselves happy with the color red, burning and shining like we’ll never stop.
Yiping Holly Wang is a Junior Reporter for Youth Journalism International