HARTFORD, Connecticut, U.S.A. – The World Youth Peace Summit will gather 2,500 young people from around the globe – including writers, athletes and musicians – to Connecticut next year.
While they play games and listen to music and speeches next summer, they’ll help the world move towards peace, step by step. 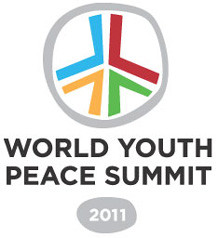 Organizer Dan Doyle, who started the World Scholar-Athlete Games in 1993, is adding the first World Youth Peace Summit to the offerings planned for summer 2011 at the University of Connecticut.
Leading up to the summit, Doyle said, youth can get involved by attending peace lectures around Connecticut and organizing peace walks around the world.
Doyle is taking an incremental approach, moving slowly but deliberately towards the summit.
This step by step process, said Doyle, is “at the heart of projects of high purpose.” 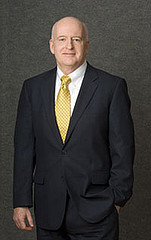 Doyle said peace summit organizers will need perseverance.
“You don’t turn back if you believe in it,” said Doyle.
At the Scholar-Athlete Games, which start June 26, 2011, students aged 15 to 19 compete for scholarships, said Doyle.
The four-day World Youth Peace Summit, which includes all the athletes and others, is a series of workshops and lectures following the games and concludes on July 4, 2011.
“I’m so glad this is in Connecticut,” said Sarah Hague, a high school senior from Barkhamsted, Connecticut who serves on U.S. Congressman John Larson’s Youth Cabinet.
Larson’s Youth Cabinet will serve as the liaison between the federal government and the peace summit.
“This will be the best way now to focus our energy,” said Nathan Ramsey, a senior at Windsor High School in Windsor, Connecticut and a member of the cabinet.
“You are the change agents,” said Eva Bunnell, who leads the Youth Cabinet for Larson. “The world you leave your children will be better than the world we left you.”
A lot of people have the idea that young people don’t care, said Bunnell.
“You guys really prove them wrong,” Bunnell said. “When they hear your voice and they hear your story, that’s where your power is.”
Doyle said the first peace lecture would take place this spring. Leading up to the summit, Doyle said, there will be 50 or 60 lectures around the state by various speakers including celebrities and professors, to build interest.
Young people around the world can design their own “pathways to peace,” according to Doyle, depending on their own interests.
One young Mexican woman returned from a peace summit and began working to raise money for hearing impaired children who needed Cochlear ear implants.
“A pathway to peace doesn’t have to be nuclear proliferation,” said Doyle.
Sheryl Comer, a senior at Windsor High School who is part of Larson’s Youth Cabinet, said she liked the idea of a pep rally for peace because not every teenager would get excited about attending a peace lecture.
In the fall, said Doyle, there will be a leadership forum for students from Connecticut who will attend the summit. He said it is likely to be held at UConn.
A month before the opening ceremonies, Doyle said, there will be peace walks held all around the world. He said alumni of the World Scholar-Athlete Games will be asked to lead peace walks in their home cities.
He said it’s a way to gather tens of thousands of people to walk for peace and to raise money to support the summit.
Opening ceremonies will include a speech by former U.S. Secretary of State Colin Powell, followed by six straight days of the Scholar-Athlete games.
The four-day peace summit will begin at the conclusion of the games. It will include major speeches in Hartford and a performance by a youth symphony with musicians from at least 60 countries.
The summit will end on July 4, America’s Independence Day.
“It will be a magical closing ceremony,” said Doyle.
Of the 2,500 students at the summit, 700 will come from Connecticut, said Doyle, with the rest from around the United States and abroad.
Registration for the World Scholar-Athlete Games opens May 7. For the World Youth Peace Summit, registration opens July 1.
“We are truly expecting to be overwhelmed with applications,” said Doyle.

This story was translated by other YJI students into Dutch, Italian, Russian and Turkish.

To read them, follow the link below to archived versions of The Tattoo’s old website, preserved on the invaluable, and hopefully immortal, Internet Archive’s Wayback Machine.