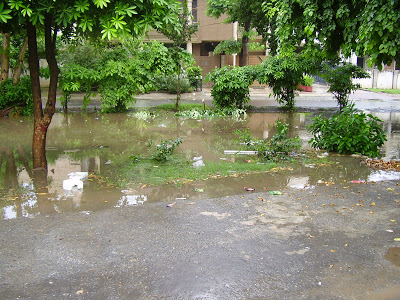 Stagnant water, shown above and below,  is a prime breeding ground for mosquitoes. (Arooj Khalid/YJI)
LAHORE, Pakistan – Mosquitoes seem to love the taste of Punjabi people.

A spreading epidemic of the fearsome dengue fever has swept Pakistan for the last few weeks and grown so severe that schools have been closed for 10 days to help protect students. 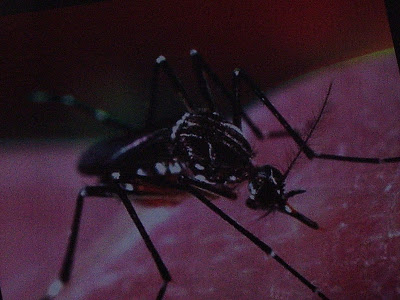 A mosquito: the creature responsible for spreading the fever. (Arooj Khalid/YJI)

Dengue fever is a virus that is spread by a specific mosquito, causing patients to get fevers as high as 104 degrees Fahrenheit along with rashes all over the body.
It ends in a scarcity of blood platelets in patients, killing some.
It’s an awful scenario that has people worried. 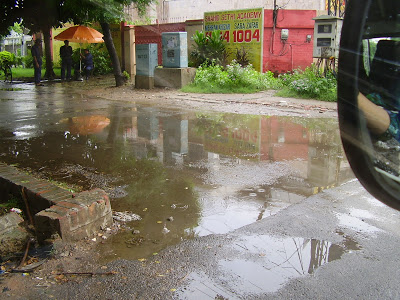 We hear such comments as:

* “Oh, the son of uncle Naeem has been diagnosed with dengue!”
* “Do you know? Aunt Shaista has been infected with dengue, too!” and
* “A friend of mine is suffering from dengue, while the cousin of another just died due to it.”
Listening to such depressing statements all of the time, it is really hard to stay happy, especially knowing that many thousands of Pakistanis are diagnosed with dengue fever every day.
Like everyone here, I don’t even know if I am safe or not. I follow all the safety rules, but who knows? There might be a dengue mosquito in my own room.
This is the season of monsoons, so water gets stored in various places and mosquitoes easily start reproducing.
Dengue fever also spread last year, but there were only a few cases.
This year, though, it’s an epidemic.
The government has taken radical steps to control the virus, but dengue fever continues to hit around the country, especially in the province of Punjab and its capital, Lahore.
Provincial health officials estimate nearly 3,000 people in the Punjab have been hit with dengue fever so far.

The government is trying to control the disease, including a widespread awareness program.
Spraying to kill the mosquitoes is underway in all areas of the province by welfare organizations, the government, police, and others.
Dengue wards have been made in the hospitals and emergency procedures have been imposed in the hospitals of Lahore.
Sri Lanka and other friendly nations have sent experts, staff, medicine and other aid to try to help.
Medical experts are searching for medicines for the dengue, too. There is no vaccine.
In a nutshell, the government, doctors, students, parents, police departments, and the science and medical experts of the country are doing their best to save lives.
I hope this panic takes no more lives and that life can return to normal soon.

Arooj Khalid is a Reporter for Youth Journalism International. 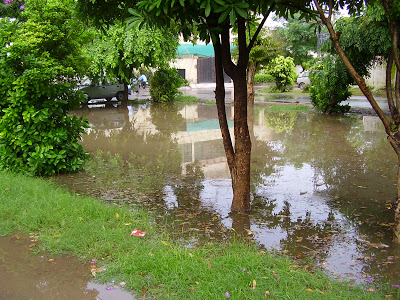 There is a lot of stagnant water in Lahore, Pakistan, a boon to mosquitoes that may carry dengue fever. (Arooj Khalid/YJI)