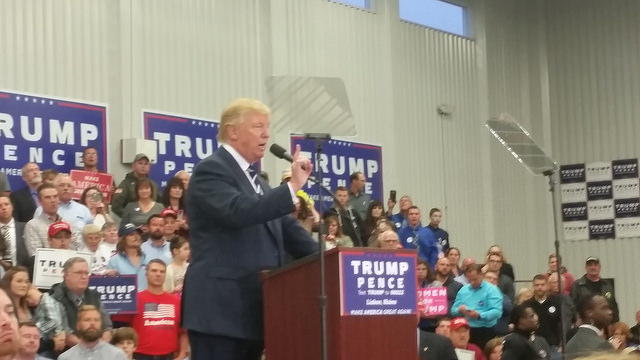 Donald Trump (YJI)
GLENWOOD, Iowa, U.S. – Sometimes there are no words to describe the pain, anger, despair, fear, and disappointment that we feel.  This can be when someone dearly loved passes away. It can be losing a war you fought long and hard for.

On Election Day as I, and countless other Americans, watched the television, I was stunned.
Donald Trump has come a long way. He has defied odds that first made his possible Republican nomination and now his presidential win seem impossible. Surprisingly, his lack of political experience was not a drawback to his campaign but a benefit.
He exercised his right to free speech to a point where he insulted a majority of the people of the United States. It started with his speech announcing his campaign when he called Mexicans “rapists.”
In a Tweet he called Ariana Huffington, who was the co-founder of the Huffington Post, is “unattractive, both inside and out.”
And he says our journalists are “lying, disgusting people.”  As a teenage girl interested in practicing her guaranteed First Amendment as an American journalist, I am terrified.
Tuesday night, my family together watched the results pour in.  I was unable to keep my eyes from my computer screen. We watched one state after another turn deep red, convinced that the outcome would reflect the polls.
I had confidence that our people would see past controversies and to the heart of our country.  Trump led a campaign of hate, misogyny, and immaturity.  I had faith that love would overcome it.
I am aware that there are thousands of people out there that are in the same state of shock and panic.  Instead of letting fear govern our actions over these next transition months from President Obama to Trump, fighting for what we believe in.
But we, as journalists, also have to continue to write and give America the truth. No matter who the President is.

***
No matter what your take on the U.S. election you can vote for a better future by making your tax-deductible contribution to support this nonprofit. Thank you.
HelpYJI.org