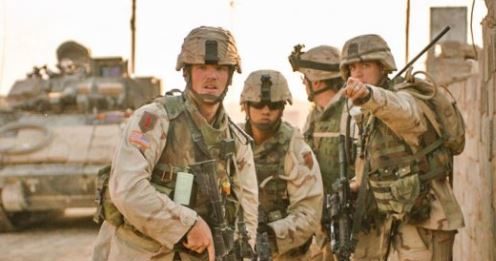 Joe Strummer wrote those words in 1977 in London. Now, here I am, in Toronto, writing the same words 27 years later. Funny how things change.

Of course, when the lyrics to the Clash classic I’m So Bored With The U.S.A. were written, they weren’t referring, as I am now, to 43rd President George W. Bush, his cabinet members, or his “war” in Iraq. Nor were they referring to a global media constantly spewing contradicting statements to an already confused public:

There are weapons of mass destruction in Iraq.

There are no weapons of mass destruction in Iraq.

Of course, the latter is true. There are no, nor have there ever been, WMDs in Iraq. The official statement was released recently — over 1,000 American lives too late.

Commander-in-Chief George W. Bush now has two struggles ahead of him: not only does he have to continue trying to form coherent sentences; he has to convince the American people that $126 billion later, the Iraq war was justified.

In the meantime, Presidential hopeful John Kerry is seizing the opportunity to shepherd potential voters to believing Bush is distrustful.

And on it goes, this political see-saw, politicians and public bobbing up and down, and moving nowhere.

I suppose it doesn’t matter where you’re from. London, Toronto, it makes no difference.

I can no longer believe anything from the words of the media or the president or the supposed all-knowing CIA.

Angela Kozak is a Reporter for Youth Journalism International.