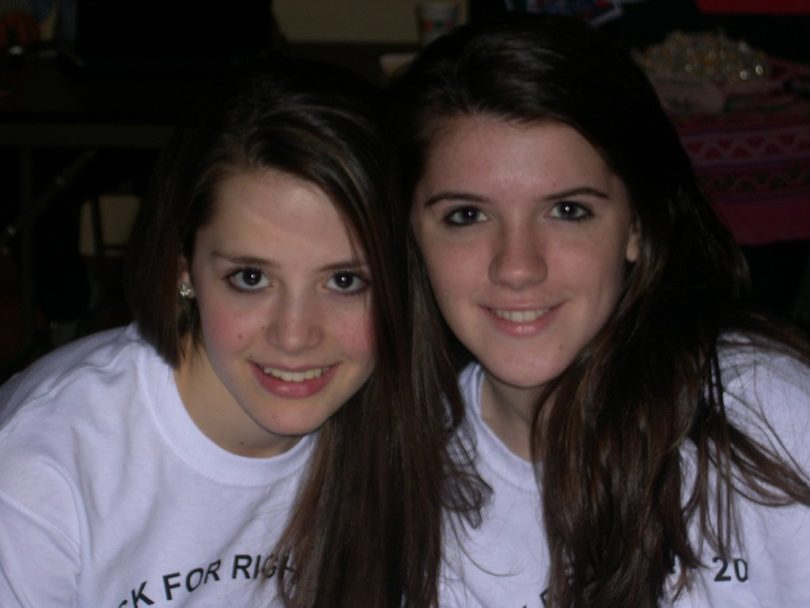 WEST HARTFORD, Conn. – With rock and roll blasting all around them, Sam Arcata and Sam Mollodtz sat ready Saturday to talk about human rights abuses going on in the world today.
As members of the Hall High School Environmental Club and the Hall High School Human Rights Coalition, the two juniors staffed booths at the Rock for Rights event Saturday.

Their table covered in pamphlets, Arcata and Mollodtz said they were trying to “raise awareness” about environmental and inhumane problems all over the world by talking about the issues and answering questions.
They joined the environmental club and the human rights coalition to “make a difference in the world,” said Arcata.
One of the differences the environmental club has made was “cleaning up” Bugbee School in West Hartford by improving its recycling system.
The group’s adult leaders, who are teachers at Hall, had heard of Rock for Rights and decided that it would be a chance to show West Hartford’s youth what was going on the world, the students said.
Arcata and Mollodtz said that although having booths don’t directly help people and the environment, they will “make people think” about atrocities such as slavery, sweat shops and pollution.
The booths had information about how little sweat shop workers make, what companies utilize sweat shops, human trafficking, slavery and what it takes to stop it.
Arcata said that before she joined the groups she didn’t “know anything about what’s going on in Darfur.”
By attracting teens at Rock for Rights, the groups hope to make others aware of Darfur and other issues as well.