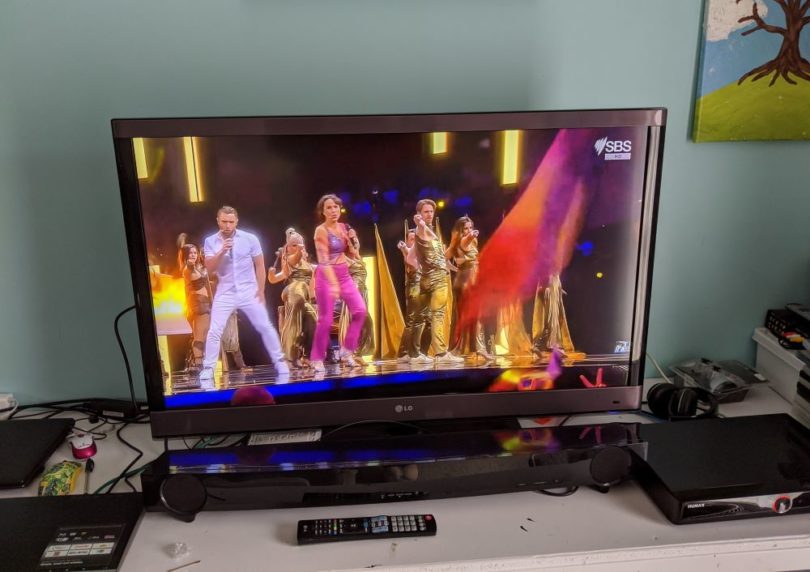 Eurovision fans who are missing the contest are watching replays from previous years. (Alyce Collett/YJI)

MELBOURNE – May is normally a favorite time of the year for Eurovision fans right across the world, because that’s when the Eurovision Song Contest is held every year.

Many thousands of people flood to the host city each year to enjoy three shows of amazing music and wacky staging, just hoping beyond hope that their favorite entries make the Grand Final and win.

Except, not this year. As the coronavirus pandemic has brought the globe to a standstill, the Eurovision Song Contest has been cancelled for the first time in its history.

Tricia Page, a 46-year-old Australian fan, said that she was initially devastated.

“This is the equivalent to a child’s Christmas for me,” said Page.

But gradually, the seriousness of the epidemic made it clear that canceling was the only logical choice.

The European Broadcasting Union decided it wasn’t possible to keep the competition on an even playing field while also keeping everyone safe and abiding by government restrictions.

Unsurprisingly, fans were heartbroken at the decision, but as the covid-19 crisis began to get worse in Europe, many were also not surprised at the decision.

Australian fan Ruth Oldfield said she was “heartbroken but not really surprised.”

Her fellow Australian fan Matt Andrews said, “I guess like everyone it was a bit of a surprise but it is an international event and with borders closed, it would be impossible for performers and fans to attend.”

Despite the fact that the contest was cancelled, the fans have been busy, running events and contests to keep the Eurovision spirit alive and bring some joy to the fans. 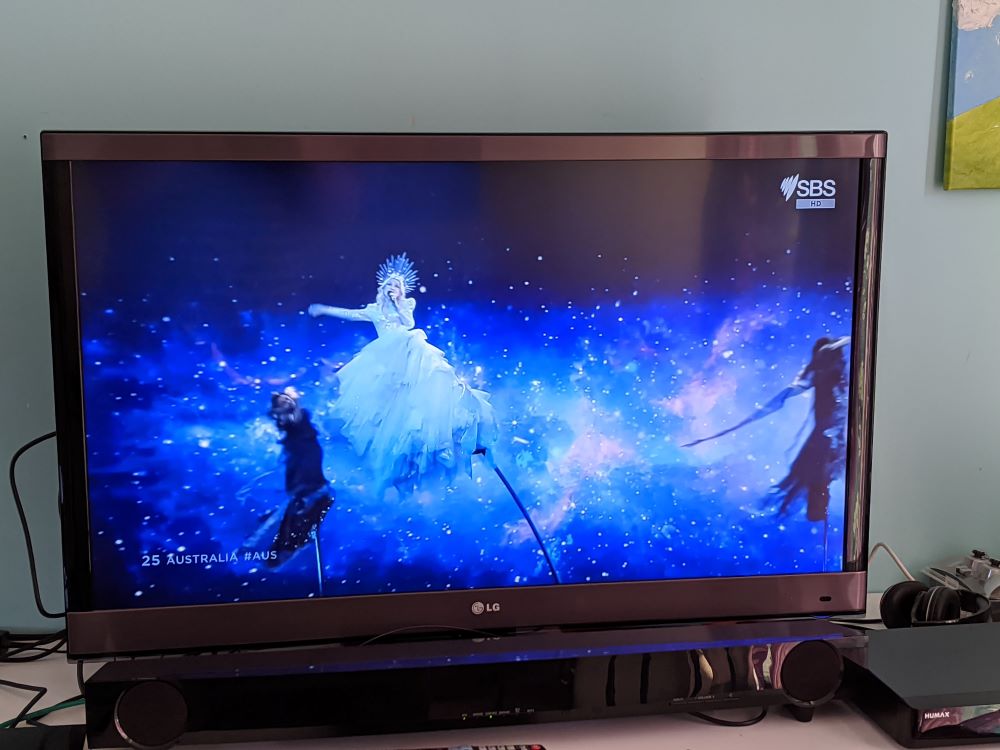 An image from a replay of the 2019 performance of Australian representative Kate Miller-Heidke. (Alyce Collett/YJI)

One of the beauties of the modern age is that fans can run online contests, which normally run every year but take on extra significance this year because it’s the closest fans will get to an actual 2020 contest.

One of these was Eurostream, which was a project brought together by over 20 Eurovision fan sites. It consisted of music juries and a public vote, each giving 50 percent of the total vote to determine a winner.

There were also other events that fans ran to fill the void left by the lack of an actual contest. One of these was watch parties run by the fan site Aussievision, where through the magic of the website Watch2Gether, fans were able to come together and rewatch previous contests, chat about them and then vote for their top 10 favorite acts.

Much closer to home, Australian broadcaster SBS ran what was dubbed Eurovision Week from May 10-17, when the 2020 contest was supposed to be held).

Each weekday, SBS replayed the Grand Final broadcast from the past five contests, one contest per day. On the Saturday night of that week, they broadcast the Big Night In, which was a countdown of the Australian ranking of the 2020 songs from last to first. On the Sunday night, they aired Europe Shine a Light, a show created by the Dutch broadcasters to honor this year’s songs and replace this year’s contest.
Despite the fact that the adult contest has been cancelled for the year, there is still hope that the junior contest can go ahead.

Junior Eurovision is supposed to be held this year in Poland in November, but there’s no guarantee that the world will be safe enough for the event to take place. The logo, theme and host city – Warsaw – were all announced recently, so it appears that the European Broadcasting Union is still planning for it to take place.