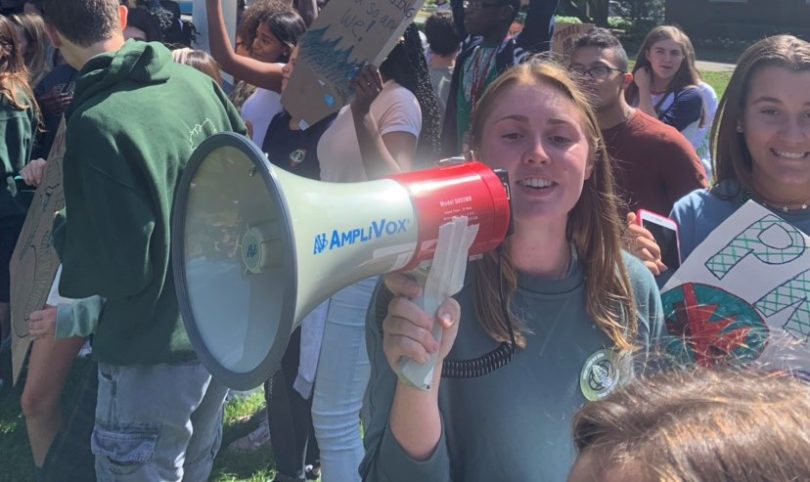 A protester leads a chant at a climate strike in Rye, New York on Friday. (Isabel Slippen/YJI)

Rye, New York, U.S.A. – Teen environmental activist Greta Thunberg said, “I want you to act as if your house is on fire.” This is exactly what young people all around the world did today, and I am proud to say that I took part in one of the over 800 climate strikes that occurred in the United States.

The Environmental Club at my school worked with our neighboring districts to put together a climate strike that enabled me and my peers to stand up and raise awareness about climate change.

Although this strike in Rye, New York, may not have been as large as those that took place in major cities around the country, I found it to be just as empowering.

To stand among a group of people my own age and hear chants like, “Who are we? Young people. What do we want? Climate justice, When do we want it? Now!” was not only incredibly inspiring, but it was also an opportunity to come to the terrifying realization of how real this issue is that so many young people are out in the streets, raising awareness for this problem that will undoubtedly impact all of our lives in the near future. 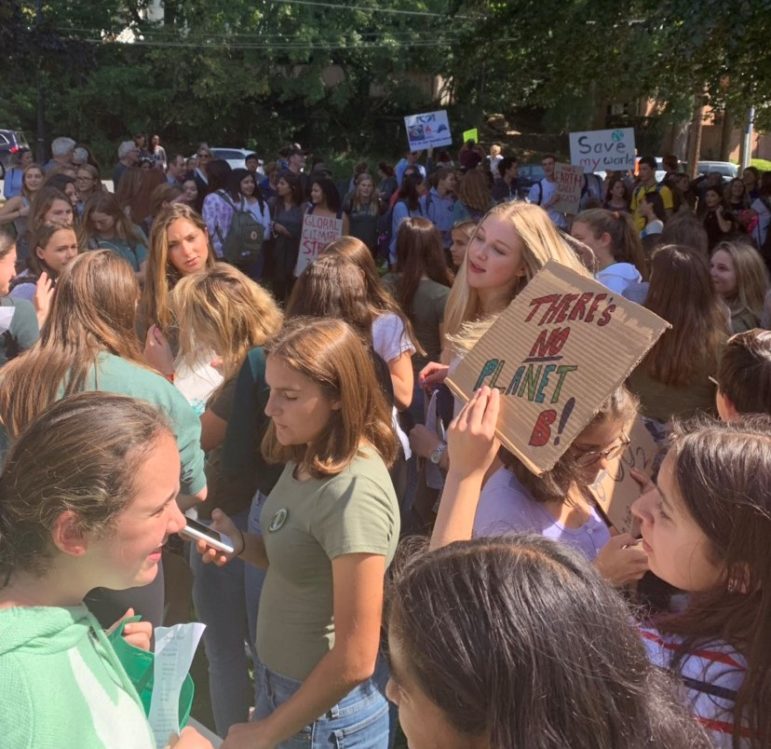 Teens at a climate strike in Rye, New York on Friday. (Isabel Slippen/YJI)

At this relatively small strike with around 300 young activists,  a few upperclassmen from my high school and those nearby got up to speak.

These are students – children not too much older than me – but hearing them speak about the terrifying truth and the fact that are planet only has a mere 11 years left before irreversible damage will have been done to the Earth gave me chills.

A local news station came to cover this strike. Although we are nowhere near where we need to be in order to stop climate change, by attending events like these, and listening to what engaged youth have to say, our society is heading in the right direction, making positive change and raising awareness.

The next step is taking this awareness and applying it to our everyday lives. It sounds complex, but really, the solutions are right in front of us. All it takes is something as simple as using a reusable water bottle, not using straws and instead drinking right from the lid. Composting or recycling waste, depending on what it is, rather than tossing it in a garbage can, also helps.

These simple daily initiatives can make a huge difference, not only in our lives, but in the lives of future generations.

Isabel Slippen is a Junior Reporter with Youth Journalism International. 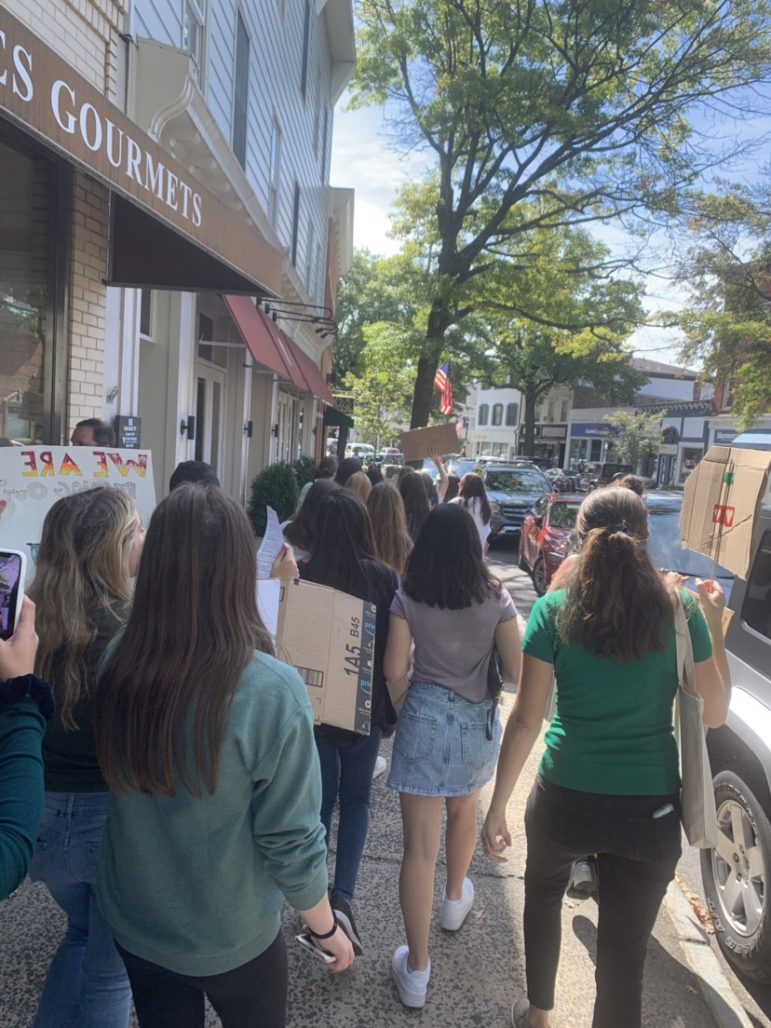 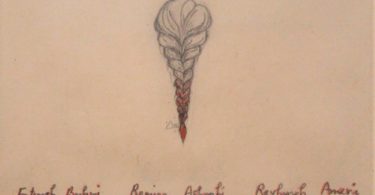 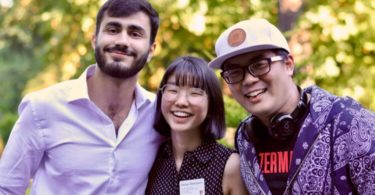