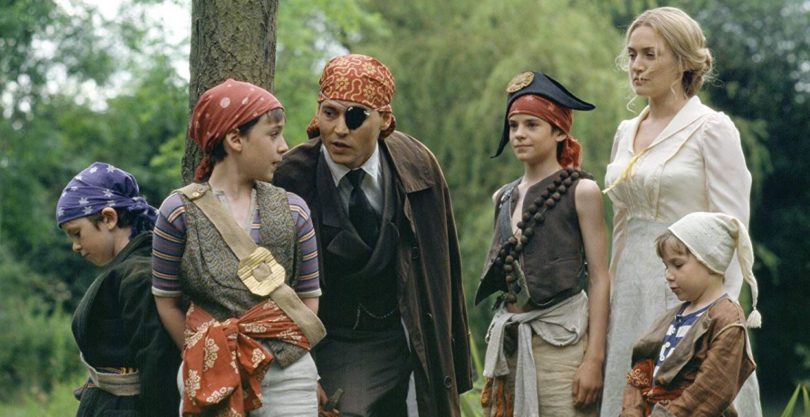 TORONTO, Canada — Inspired from the beloved and creative mind of J.M. Barrie comes an equally high-quality masterpiece of film, Finding Neverland.
Devoted to remembering this fine playwright, Finding Neverland tells how Peter Pan, one of the world’s most cherished tales, came to be.
Filled with charm, charisma and cheer, the film begins as the mastermind of Peter Pan takes a seat on a park bench in London’s Kensington Gardens and suddenly steps upon a young boy who has stuffed himself underneath. He says, “Excuse me, you’re standing on my sleeve.”
The lad then says that his brothers have captured him from a vicious felon and Barrie (Johnny Depp) plays along, telling their newly-widowed mother (Kate Winslet) that they were no trouble in the least. 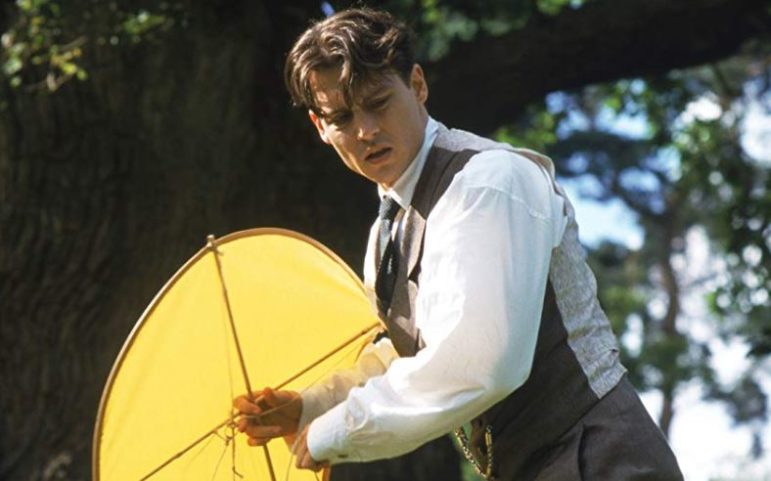 Thus erupts the volcano of red hot friendship and love that Barrie develops with this single mother and her four boys, especially the youngest, Peter.
The movie melds reality with fantasy as Barrie dares to dream and let kids be kids. He fills their minds with interesting ideas and their days with flying kites and playing Indians in the woods at his expansive forest.
One night as the kids are jumping on the beds while their mother is trying to put them to bed, Barrie says, “Young boys should never be sent to bed. They always wake up a day older.”
The film is filled with comparisons between rigid Edwardian England in 1904 – a life that the boys’ grandmother and Barrie’s wife espouse – and the dreamy, dazzling world that Barrie lives.
One night, the whole group has dinner together. The grandmother and Barrie’s wife view the evening as a disaster, but Barrie and the boys’ mom find it to be a great time.
Afterward, Barrie and his wife go to turn in for the night, and we find out just how their perspectives differ when they simultaneously open their doors. Beyond Barrie’s door is a beautiful, glowing magical forest, while behind his wife’s door is nothing but the darkness of her room.
The story of how Barrie turned his life-altering experiences into the tale that touched millions around the world is enchanting, and recently out on DVD.
By the time the credits roll, I assure you, you will be changed for the better.
Enjoy what life offers today because we all grow up, though Peter Pan never has and never will.