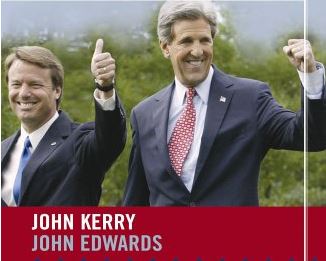 NICEVILLE, Florida, U.S.A. — Watching the vice presidential debate, I thought Senator John Edwards looked like a downright fool.
Behind his smooth-talking facade is a whole load of outright lies.
If you take the time to think on your own, and listen to what John Kerry and his imbecile running mate are actually saying, you will see they have no legs to stand on.
The dunce-like duo has never said how it will miraculously improve our government – which was already mutilated by the previous Democrat who somehow weaseled his lying butt into presidential office, of which he was not anywhere near being worthy.
Our president, the very honorable George W. Bush, is doing a perfectly fine job of repairing our crippled government after its nearly catastrophic 8-year encounter with Bill Clinton.
As Bush has said time and time again over these past four years, this will not happen overnight. It will — and must — take time.
Maybe Kerry and Edwards plan on waving their magic wands and poof! our problems disappear. Come on guys, wake up and smell the Kool-Aid!
Besides, how can a “flip-flopper” possibly rule this country without us all dying in a giant nuclear explosion that results from him being undecided on whether or not he should get rid of all the self-serving terrorists in the world? Terrifyingly scary, ain’t it?
Now I could ramble on about how much I absolutely despise the Kerry/Edwards campaign, but it won’t matter if you insist on believing the liar, simply because Kerry tells you what you want to hear.
So, if you still are emphatic about believing and supporting Kerry and his campaign, all I can say is, “So long, Kool-Aid drinkers!”

Ashley Curriston is a Reporter for Youth Journalism International.