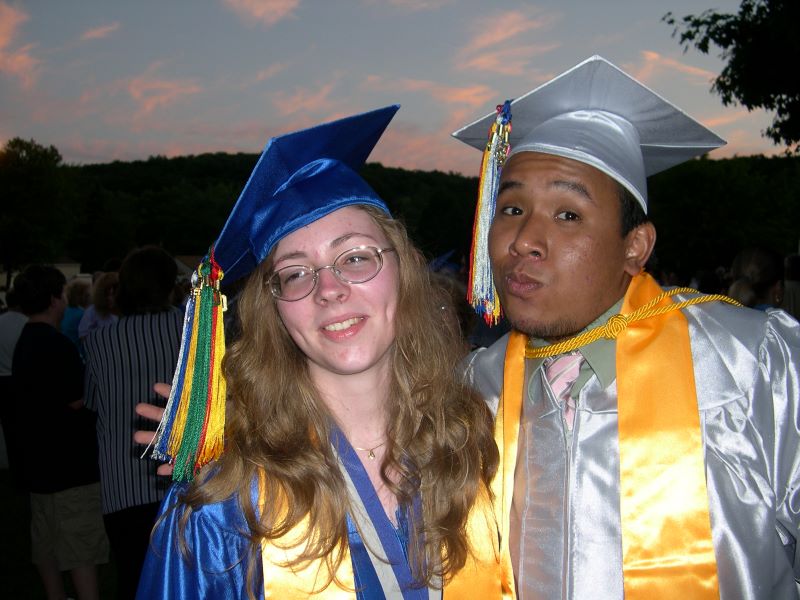 BRISTOL, Connecticut, U.S.A. — Graduation was bittersweet for me.
On the one hand, I finally got to say goodbye to Bristol Eastern High School.
On the other hand…I finally had to say goodbye.
Though I’ll admit I’m the first to make fun of my school and its policies, Bristol Eastern has been like my home for the past four years.
Some people say high school doesn’t matter at all in life. I don’t know if I agree. But I do think that it sometimes takes leaving home to make you truly appreciate the place for all it means.
On the morning of my graduation, we had our practice ceremony. 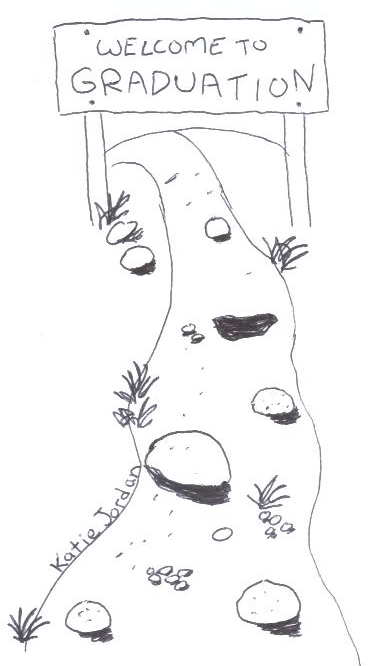 We learned how the real ceremony would run, practiced the route we’d take down the hallway, and stood in line to purchase our $16 caps and gowns.
The graduation garb came in little plastic bags with instructions on the “Proper Wearing Of Your Graduation Cap & Gown” on the outside. Among other essential directions, they warned of the importance of keeping the mortarboard level and advised us that “The crown should be approximately one inch above the eyebrows.”
My favorite little tip was one that nicely sums up everything you need to know about life: “All graduates should wear the tassel on the same side for uniformity.”
Uniformity. Try as we might to keep things acceptably uniform, the members of my graduating class still let our true colors shine through, even at the last. From those of us geeks with too many tassels to keep those stupid mortarboards level, to the goofball who held us up by tossing around a ball in the gym where we were gathered, to the Neanderthals who jeered at unpopular kids getting their diplomas, to the guy who did a somersault when he got his — we were the same heterogeneous bunch of people we were when we showed up at four years ago. Minus the dropouts, of course.
This theme was captured to some extent by the speeches made that evening. Our class president compared us to different types of movies, from action to comedy.
Another student compared us to people sitting in different places on an airplane, from first class to luggage compartment. One guest speaker gave a somewhat perplexing speech about separating laundry when we get to college, the point of which was, evidently, “Don’t mix the colors.”
Now that I think about it, what she meant simply as a helpful hint for people who will soon have to wash their own clothes seems like a more meaningful metaphor. Maybe we are like different movies and maybe we are like airplane passengers, but I think we’ve been a lot like mismatched clothes sloshing around together for four years.
We’re different, but we were carelessly thrown together and spun around together as we shared our halls and classrooms. And we all came out colored just a little differently by the experience.
Bristol Eastern’s class of 2005: We’re like purple underwear.
Purple underwear was about the only thing we weren’t compared to that night. At the end of the evening, after speeches had been made, diplomas had been received, and pictures had been taken, we became guests on a cruise.
Each of us had been given a “passport” with our picture on it to get in to the graduation party at 10 that night. Thanks to the efforts of parents, we found the school transformed: The cafeteria was decorated to look like places around the world, from Texas in one spot to the jungle in another.
The gyms were filled with all sorts of games, from an obstacle course on which you could race, to a robotic bull you could try to hang on to for as long as possible.
My friends and I decided this was definitely the most fun — if not the most exercise — any of us had ever had in the school gyms.
All through the evening I hung around with a group ranging from potheads to band nerds and everything in between — my motley crew of friends, my load of mismatched laundry.
I really have come out “colored differently” from the experience of sloshing around with these people for four years. From the close friends with whom I shared lunches and study halls, to the classmates and teachers with whom I spent seemingly endless hours working, the people I met in high school gave it meaning for me.
Those endless hours having come to an end at last, I want to thank these people for making my high school life such a colorful experience — and one I will not soon forget. 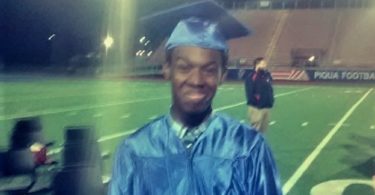