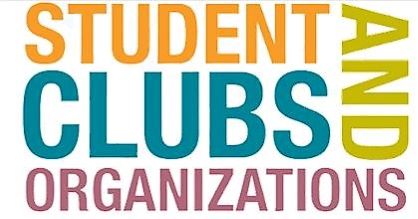 BRISTOL, Connecticut, U.S.A. — A horde of incoming freshmen, and their parents, gathered at Bristol Eastern High School one recent evening to learn more about the school’s many extra-curricular offerings.

The eighth graders, mostly from Northeast and Chippens Hill middle schools, were introduced to the many clubs, activities and electives they can choose from when they come to the school next fall.

Hoping to recruit the newcomers, Eastern students set up tables advertising their clubs with lots of goodies to attract the kids — cookies and lollipops from the Future Homemakers of America, cheese and bread at the French club stand, candies and bumper stickers at others … or, in the case of the Spanish club, a musical serenade.

Seb Scott, a 17-year old senior at Eastern, played a Spanish tune on his guitar while Mike Santoro, another senior, sang a catchy jingle.

Lauren Robillard, an eighth grader from Chippens Hill, said she was interested in the ski club and swimming as well as band. She hopes to be in jazz band next year, too.

When asked if she had any hopes or fears about high school, Dunnett answered, “I’m afraid of talking to people who are, like, older than me. I’m afraid they might whoop my butt.”

Ty Simms, who ran the Students Against Destructive Decisions booth, said there were “a lot of kids that stopped by” during the orientation.

He said the open house is good for incoming students.

Sports appeared to be the most popular choice.

Landon Barrett of Northeast said he was interested in both basketball and baseball.

Jamie Ryder said she wants to play soccer and basketball next year.

Jessica Smith of Chippens Hill hopes to make the track team and perform in the dance troupe. She said dance and the French club both sound cool.

But Smith is keeping her eyes open. “There will probably be a lot more opportunities,” she said.

Tom Baranowski, from Northeast, may have to make his own opportunities.

“I want a mountain biking club to happen,” Baranowski said.

Some students are heading for high school with a few extra anxieties.

Leia Weiss, a 13-year-old from St. Joseph’s Catholic School, said she is entering public school for the first time next year.

Weiss said she’s worried that she may not have learned everything that other kids were taught in public school and might be behind in her classes.

Still, she was enthusiastic, and said she was interested in FHA, the music club and soccer. “I like soccer,” Weiss said.

All in all, it looks as though Eastern’s class of 2003 is going to prove a very involved one.

“I felt that this eighth grade audience was the most attentive that we’ve had in several years,” said Roy Taylor, a Spanish teacher at Eastern. He is also student activities director.

Natalie Minor is a Reporter for Youth Journalism International. Another YJI reporter, Merissa Mastropiero, contributed to this story.