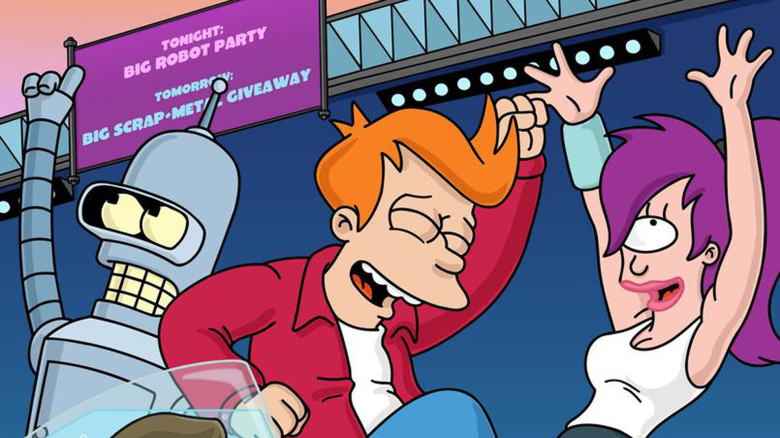 Bristol, Connecticut, UNITED STATES – After season after season of high ratings, the creators of “The Simpsons” have come up with a new show.
“Futurama, the new animated comedy, which airs prime time on Tuesdays has, like “The Simpsons,” gotten lots of media attention.
The show, set years into the future, is centered around a young man who has decided to evade his permanent job assignment. These “job assignments” are required
of everybody — and a chip implanted into everyone for life assigns them the job that is best suited for him or her.
“Futurama” has a good basic plot, and the first episode left viewers wondering what adventures the main characters will get into on the next show.
It is also interesting to get other peoples’ view on what life will be like in the future. We see how the writers imagine people having jobs “assigned” to them instead
of having a free will and everyday objects such as cars just floating above us mid-air like spaceships.
Although it doesn’t possess the laugh-out-loud essence of “The Simpsons,” “Futurama” does have the potential to be outright funny someday, which is a good sign, because “The Simpsons” had that same quality when it was starting out.
If this show is anything like “The Simpsons,” it will just keep getting better and better as the writers get increasingly funnier ideas about what predicaments for
its characters.