SAN SALVADOR, El Savador — How important is it to have a good teacher-student relationship? Well, very.
I find it amusing how some people, generally young and death-defying freshmen, dare to challenge the power of a high school authority.
It is not only naive but overall very stupid to rebel against the school system. You are only jeopardizing your school credits, college recommendations, and (rarely, but possible) a good life tutor. Besides that, there’s all the time in your golden teen years that you will lose due to make-up tests, summer school and after school detentions.
First of all, as a freshman you need to understand that you are no longer in safe territory. The minute you step into a high school building, you become an easy target for derision.
You should refrain from making compulsive decisions such as seeking the spotlight by doing something dumb but accepted by teen society as cool – like acting nonchalant at a teacher’s request or disrupting the class while something is being said.
Even though you might gain some sort of “recognition” by your peers, that feeling will fade, but the impression left on a teacher hardly does.
Having that said, doesn’t it sound wise to ally with people that have been in high school for a long time and that, if you’re lucky, are automatically on the newbie’s side?
Because the truth is, teachers are actually there for you.
Contrary to common belief, they are not hired to make your life hell, but rather to help you make your learning experience more bearable.
I believe also that respect is the key to success, and you will find out that nothing says “I respect you” to a teacher as much as paying attention during their class.
It is hard – I know. But believe me that as cliché as it may sound, chatting to your friend can wait for lunch break. And anyway, 45 to 50 minutes of academic concentration is not as tedious as having to live with a “disrupter” label for the rest of the year.
I say, choose wisely.
What should worry people is that this trend of being a disruption probably starts when you are a freshman and brand new to high school. And after getting used to it, you carry it along until you graduate. Later, you’ll realize the damage you’ve done to yourself when you need your teachers most.
It will boil down to reluctance from teachers when you need a recommendation for activities within the school or later in life, when you’re ready to enter college.
I am not telling you to become one of those “teacher’s pets” because that would probably bring you more hassle from your peers.
But a good relationship with a teacher can never hurt. In fact, it can do a world of good for you and make your high school life easier. You soon will discover that if you have teachers by your side you’ll step out of the “living hell” triumphant. 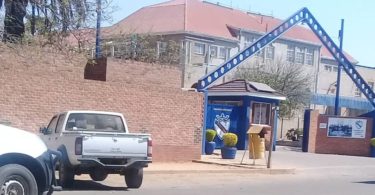 Bulawayo, ZIMBABWE – Entering high school can be very scary and exciting at the same time. Let’s... 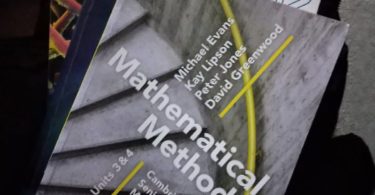 Melbourne, AUSTRALIA – This is the time of year where millions of students in the northern...