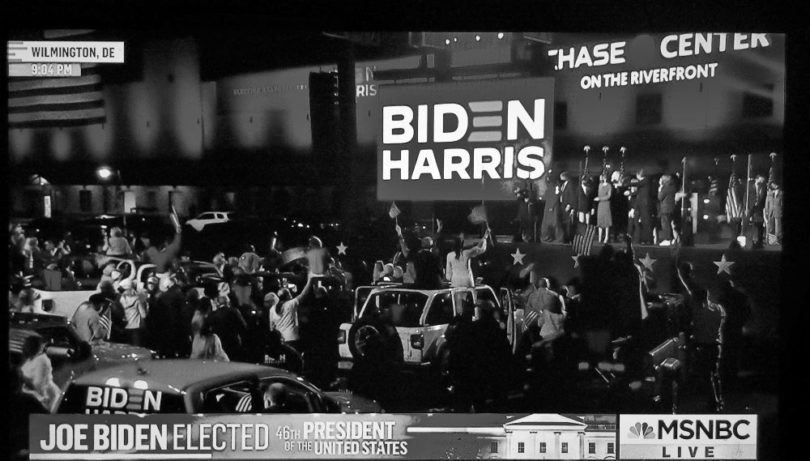 Piqua, Ohio, U.S.A. – Well, it’s over. The day millions of people had been waiting for came and went. The votes were cast, the ballots counted, and tension of awaiting electoral results eased.

The first night was chaotic – an unexpected lead for Donald Trump lead, the president himself appearing before a maskless audience and declaring victory, even though the election was not over.

Across the country people gripped their seats, gnashed their teeth, and awaited the next horror- believing that cruel fate would bring the already turbulent year of 2020 to end on such an ambivalent note.

Ballot counting was a drawn-out process, with newscasters following every shift in leads and each excruciating delay the process held.

People began to speculate: what if Trump really did take it to the U.S. Supreme Court? What if there are violent clashes on the street? Will this be the nail in our already-weary nation’s coffin?

But despite all the paranoia and fear weighing on the public, a clear victor emerged, and on November 7th, Joe Biden’s Electoral College votes passed 270, making him president-elect of the United States.

Whole cities erupted in joy, almost as if their occupants had been collectively holding their breath. People danced in the street, sang, chanted declarations of victory. We finally turned a corner.

After the hideous carnival of depravity that was the past four years, coupled with the myriad 2020 shocks, it felt as though we’d at last reached the light at the end of the tunnel.

Trump has tweeted, sown doubt and thrown around superfluous lawsuits, to no avail. 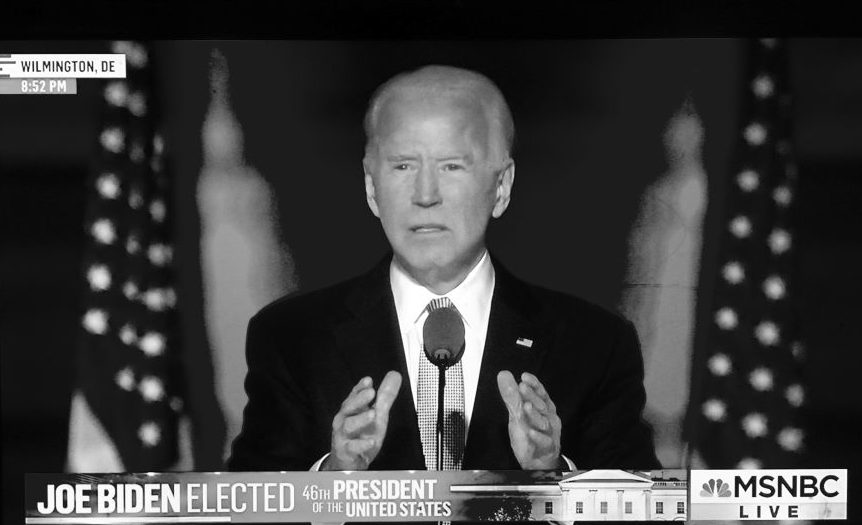 By all metrics, Trump is on his way out. His era is over and the Biden era has begun.

But I can’t believe that the Camelot envisioned by people joyously gallivanting on the streets will in any way resemble the period that comes next.

The Democrats won the battle but lost the war. They lost seven seats in the U.S. House of Representatives, and will not be retaking the U.S. Senate, creating a gridlocked legislature before Biden has even been sworn in.

Biden has been dealt a bad hand and will now be forced to adjust his own policies and appointees based on the wishes of Republican Senators Mitch McConnell and Lindsey Graham, lest they not get pass confirmation.

Climate policy, criminal justice reform – all the extraordinary measures Biden proposed – will either be blocked or rejected by conservative judges.

Biden will enter the White House with his hands already tied.

Will he capitulate? I have no doubt. His career was built upon capitulation, his incredible ability to abandon his values in the name of “bipartisanship.”

I hope I’m wrong, for the sake of the country, but Biden campaigned on a “return to normalcy” and unfortunately that’s what we’re getting: policy failures and disappointments with a dash of lackluster cabinet members and legislative blockage.

Hope and change once again are devolving into bittersweet slogans. At least we can be content in the knowledge that no one will raise their voice.