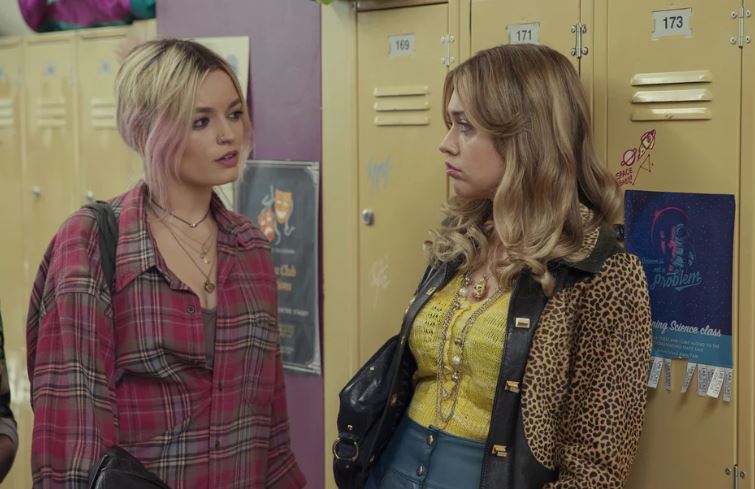 BRISTOL, Connecticut, U.S.A. — Have you ever been in a school hallway between classes? Sure, you know what hallways look like, but you haven’t tried to tackle ours.

Our hallways are the same cinder-block things you find at most schools. Between periods, they can become rivers of people. As a freshman, as anyone but a teacher, no one will move for you.

These people aren’t aware of anything but where they have to go and how to get there. They will brush you, bump you, push you, and might even trample you. No, it’s not that high-school stu-dents have no regard for each other, it’s a technique for academic survival.

We can all become zombies at will when we are in the hall, it lets us get where we have to go. If we really stopped to think about what we’re doing, to whom, and why, while we try to get to this class or that, we’d never even make it to first period.

In a hall full of zombies, all walking one way or another, it can be very easy to get turned around, go down the wrong hall, or even to find yourself beached against a wall or doorway. The odds are you will at some point be going one way when you meant to go another. Until you learn the halls, you have no choice but to stay to the right and just keep going. To avoid this you can try to figure out where you are and where you’re going before you leave class.

If you can, memorize your routes. Stay away from the walls at corners, you might ram someone. If you’re going up a staircase and people are coming down one side already, go to the other side. There are slow spots, but if you keep going you’ll get through.

Aside from people who are actually moving, there are always some who just stand. They stand in even the most crowded halls, for reasons commonly known only to them. Rings of people sprout from the lockers into the fray.

Usually, there is just little enough space between them to keep others from walking through the group. They can be classes waiting for teachers, cliques deciding on who’s out, or just people who don’t want to be where they ought.

Then there are those times when the reason for standing still is easy to see. These people are the ever-present kissing couples. They prefer less traveled corners, but still show up in main hall-ways.

If you aren’t careful of where your going, you’ll probably wind up bowling into them as you turn a corner.

From my experience at Bristol Eastern High School, the love bugs are particularly fond of the two ends of the English hall. Of course, they are much less fond of the hall than each other, so you can find them anywhere.

Then there are the floors. It is easy to find on any given day a number of wet, slimy, or other-wise off spots to slip and slide on. Fortunately, BEHS doesn’t wax its floors as often as, say, Chippens Hill Middle School, so these aren’t quite as dangerous.

Mud is safe to walk through and often unavoidable on the way into school in the rain. Watch out for chunks of apple and spilled lunches near the cafeteria.

Soft drinks or Gatorade will leave you sticking to the floor for the rest of the day. These are often on the stairs, so it can pay to be vigilant.

I try to stay away from yellow liquids in particular and potential body fluids in general. The general principle is to go around spills if you can; if you can’t, get as little on you as possible.

There are surely things I’ve missed or forgotten. You can find them, and figure them out. In life as in hallways, common sense will work … usually.