The King's Cross station clock shines down on the stage at Broadway's Lyric Theatre before "Harry Potter and the Cursed Child" begins. (Kiernan Majerus-Collins/YJI)

NEW YORK – Magic has never felt as real as during the nearly six hours of spells and potions in the Broadway play Harry Potter and the Cursed Child.

Set nearly 20 years after Harry Potter’s time at Hogwarts, Cursed Child explores Harry and his friends as adults, and introduces theatergoers to the next generation of young wizards and witches. Particularly central to the play are Harry’s son Albus and Draco Malfoy’s son Scorpio.

J. K. Rowling and the minds behind Cursed Child place the play’s plot twists at a premium – theatergoers receive complimentary pins urging them to “#KeepTheSecrets” – and the surprises are an important part of the experience.

Dramatic lighting on a staircase during intermission. (Mary Majerus-Collins/YJI)

Without providing any spoilers, it is safe to say that the play’s plot unfolds in classic Harry Potter fashion: full of high stakes, gripping drama, and emotional resonance.

Cursed Child’s engaging plot and strong acting, however, are overshadowed by some of the best set design and special effects Broadway has ever seen. The play, which is separated into two different parts – viewable either in one day or on consecutive evenings – immerses the audience into the wizarding world.

The latest story in the Harry Potter series, the Cursed Child play by Jack Thorne is based on a story written by Rowling, John Tiffany and Thorne.

Rowling’s books spark the imagination, and the movies are impressive, but the play makes magic come alive.

Fire, water, lights, sounds, flying furniture and flying actors all contribute to the production’s wildly successful efforts to make audiences feel that they, too, are right there at Hogwarts. 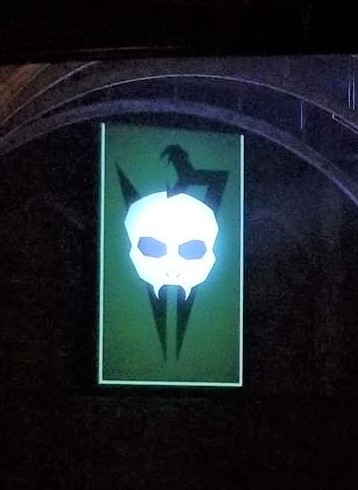 The Dark Mark hangs over the stage for Voldemort Day at the start of the second half of the play. (Mary Majerus-Collins/YJI)

The real mystery of Cursed Child is why it isn’t more of a cultural phenomenon than it is, featuring as it does some of the world’s most beloved characters. And the play isn’t just great according to diehard Potter fans – it won six Tony Awards in 2018, including Best Play.

The disconnect between the play’s quality and its relatively minor cultural impact is probably attributable to the medium. Broadway productions are an inherently elite and exclusive art form, but at least musicals like Hamilton can be consumed via cast recording.

Not a musical, Cursed Child has dancing and background music, but there is no singing.

While millions of people around the globe have read Rowling’s Harry Potter books, or seen their movie adaptations, only a small fraction of them have experienced the play, which opened in London in 2016 and arrived on Broadway last year.

Fans who are unable to see the show on Broadway or in London’s West End are left to read the script as their only window into the Cursed Child story. But reading it on the page is a far cry from seeing it come to life onstage.

Those that haven’t are missing out.

For Potter fans who can, seeing Cursed Child in person is an expense and inconvenience well worth incurring. It will rekindle the magic and wonder of Harry Potter’s world all over again. 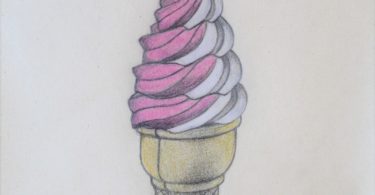 Emma Watson said, “If you stand for equality then you’re a feminist.” Do you... 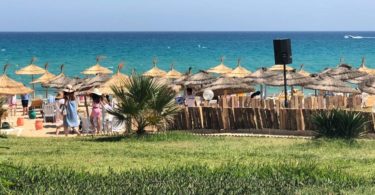