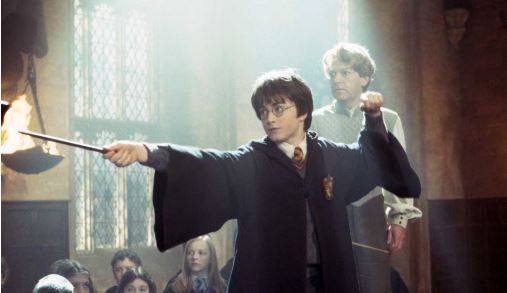 BRISTOL, Connecticut, U.S.A. — With creatures that leap off the screen at you, music and sounds that make you jump out of your seat, and special effects that make even quidditch look real, Harry Potter and The Chamber of Secrets casts quite a spell.

The scene in which Professor Snape (Alan Rickman) and Gildroy Lockhart (Kenneth Branagh) are dueling as an example for the students at Hogwarts School of Witchcraft and Wizardry was especially interesting. 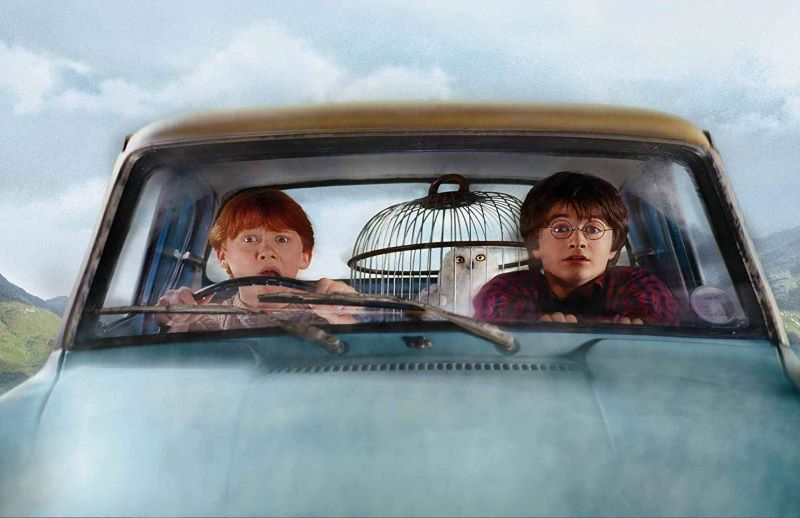 There are little funny parts throughout the whole movie, too, such as when Harry and Ron are running, about to pass through a barrier at King’s Cross Station to get to the Hogwarts Express, and it’s closed.

They are running towards it at full speed and then smash into the wall and fall on top of their trolleys.

This movie, based on the novel written by J.K. Rowling, beats the pants off of the first film Harry Potter and the Sorcerer’s Stone, which came out last year.

Though it changes around and leaves out a few scenes, the flick comes pretty close to how the book describes Harry Potter’s second adventure.

In the movie, Harry is warned by Dobby, the house-elf, that he will be in danger if he goes back to Hogwarts this year and that he can’t go.

Harry gets in trouble with his family, but is rescued by one of his best friends, Ron Weasley in a flying car.

When they get to school, they meet up with their other friend, Hermione Granger (Emma Watson).

Later on, he Ron and Hermione get caught at the scene of a crime, where Mrs. Norris, the school’s caretaker’s cat, has been petrified by the monster of the Chamber of Secrets.

Meanwhile, Harry is hearing voices in the corridors no one else can hear.

Since Harry can speak Parseltongue (he can talk to snakes), everyone in school, except Ron and Hermione, believe he is the heir of Slytherin, who has opened the Chamber of Secrets.

They think he let out the monster that has petrified Mrs. Norris, then other students, and even one ghost.

But Harry then finds the journal of Tom Marvolo Riddle that writes back to him.

Soon after, someone steals it, then Hermione is petrified.

All the people petrified can only be revived by the plant Mandrakes, which takes a while to be ready.

Then Harry and Ron find a piece of paper in Hermione’s hand telling them what is attacking the people (and ghosts) at Hogwarts.

See the movie to find out if they save Hogwarts, or if the school must be closed.