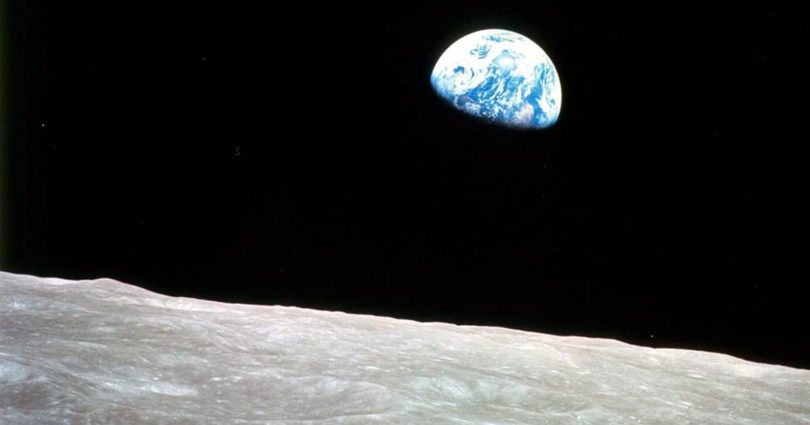 NASA
Young people around the globe who observe Earth Day shut off appliances, plant trees and try to convince others of the importance of taking care of the planet.
As a lover of natural beauty, Maryam Saeed, 15, a student at Crescent Model Higher Secondary School in Lahore, Pakistan, said Earth Day is everything to her.
While every day can be celebrated as Earth Day, Saeed said, it’s still good to set one day aside because the planet, its beauty and resources are depleting.
Though she has limited means to take a lot of action, Saeed said she is the girl guide leader at her school, where last year they planted seeds that have grown into plants. They also started a campaign
with lectures for Earth Day, plant to continue it on a greater scale this year.

For some, Earth Day, celebrated Sunday, April 22, is a reason to gather with friends or classmates. 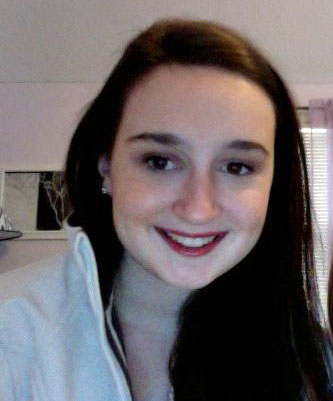 Lea Lavoie, 19, of Farmington, Connecticut, studies at Tunxis Community College. She said Earth Day is a time for celebration of the environment and recognition of the importance of going green. Lavoie said she will observe Earth Day by volunteering at Earthstock, an annual event at Tunxis that promotes environmental awareness.
At the University of Linguistics, Art and Literature La Manouba in Tunis, Tunisia, student Randa Bahrouni said Earth Day should be a moment when everyone should be one hand and one voice together, helping Mother Earth.

Bahrouni, 23, said there will be a week-long observance of Earth Day at the American library in Tunis that includes presentations about the environment, global warming and more. 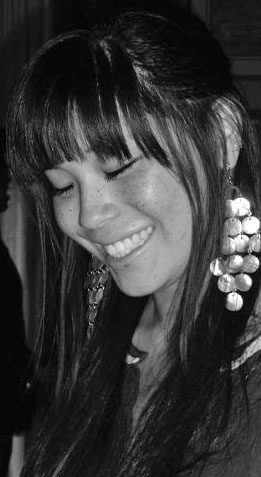 Alice Fan, a 20-year-old medical student at Stellenbosch University in Cape Town, South Africa, said she’ll take part in events if they are organized on campus.
“Last year I was the house committee member for Environmental Affairs, and we organized for all the power to be cut off and the members of our residence drank hot chocolate and marshmallows around a campfire,” said Fan.
In The Netherlands, the Environmental Committee at Amsterdam University College views the occasion as a teach-in day. They’ll host a “Down to Earth Dinner” on Earth Day, offering local, vegetarian and seasonal food to encourage people to think about what they eat and to try to make students aware of the need to live a sustainable life.

Aaron Montoni, 12, who attends Eli Terry Junior Middle School in Terryville, Connecticut, said Earth Day is a good idea. In the past, he said, he planted a tree in his yard and helped it grow.

Pakistani and Korean youth also mentioned planting trees in honor of Earth Day.
Sarmad Lashari, 23, who attends SZABIST, a university in Karachi, Pakistan, said that he had fun taking part in tree planting at school for Earth Day when he was younger and plans to do it again as a college student. Because people are part of the environment, he said, they
need to do something collectively to protect it.
Jason Chung, 14, who attends Seoul International School in South Korea, said Earth Day is a time to care and think about the planet we live on and plan how to save it after causing so much damage. Last year, he planted a tree in his garden for Earth Day and now he plans to plant
more. 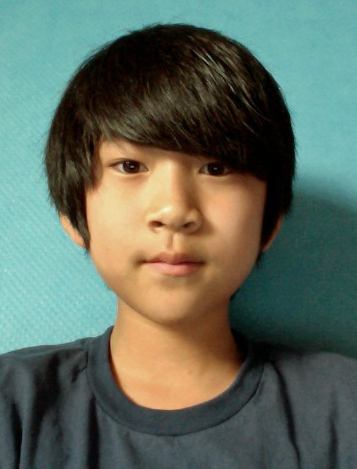 Eric Ebner, 18, who attends Hall High School in West Hartford, Connecticut, said a single day won’t bring the change that activists want. Only lifestyle changes that last all year long can bring significant environmental change, he said.
Christopher Fernández, 17, a student at Hayfield Secondary School in Lorton,Virginia, embraces that everyday change. He said that for him, each day is Earth Day, a chance to celebrate the history of life on Earth, to make an effort to reduce his carbon footprint and learning more about the impact he’s making on the planet.
But Fernández also plans to attend an Earth Day festival and see a new Disney nature documentary, Chimpanzee.
Max Jared Einsohn, 24, of Dallas, Texas, said Earth Day is a reminder to preserve and rebuild, a time to wake up the world and choose to preserve the environment. He said he tries to recycle, reduce his energy use and stop to smell the roses.
While some young people have celebrated Earth Day for years, it’s new to others.
Maria Pozimski, 21, a German student studying environmental science at Amsterdam University College in the Netherlands, said she hadn’t heard of Earth Day, but thinks it’s a good initiative and plans to get involved.
Global awareness is needed on the issue of climate change, Pozimski said, especially since some people are shrinking back from the idea of saving the planet because it seems a bit of a science-y, nerdy thing to do and the chances of a positive change may seem very small.

A day like Earth Day can change the image of the campaign, Pozimski said, adding that she’ll get involved this year, in part to  see how people react to her chosen field. “I will use my voice,” Pozimski said. 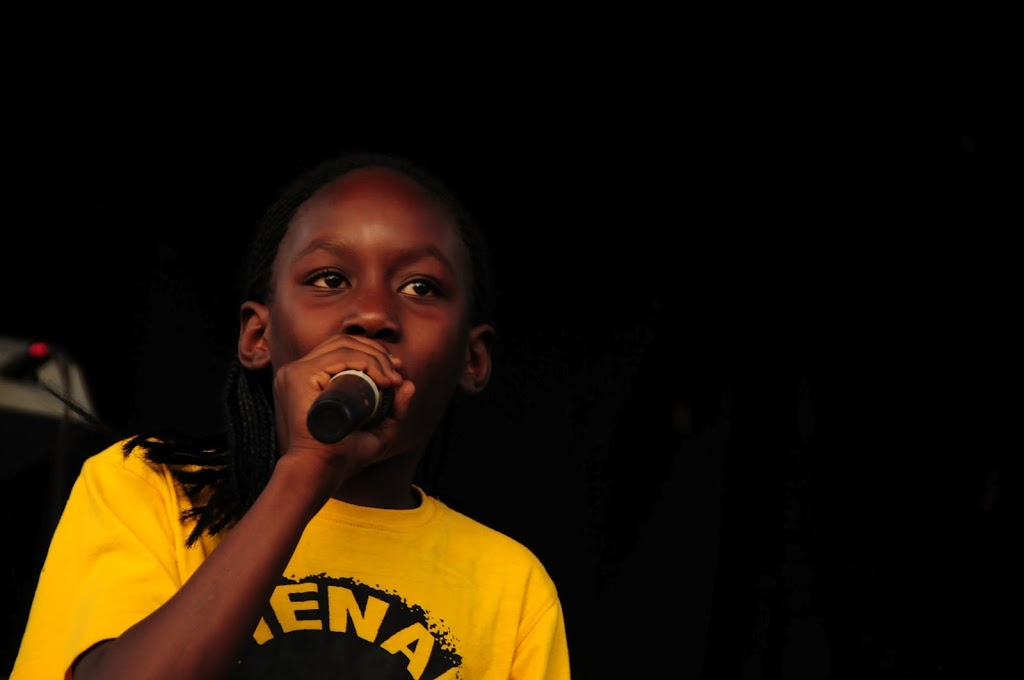 Ugandan hip hop artist Asolo Vannessa, a nine-year-old girl who uses the stage name MC Flower, said she will use her music to inform friends and other children about the dangers of deforestation, or cutting down trees.
Last year, Vannessa said she had fun planting trees for Earth Day. This year she might join other children and help pick up rubbish in the schoolyard if they’re allowed to do so, she said.
Chaewon Kim, a student at Korea International School in Seoul, and Joanne Park, who studies at Seoul International School, are both 13 and said that Earth Day simply means saving the planet.

Kim vowed to try to grow a plant this year, and Park said she’ll do what she can to tell her friends about Earth Day.

In Yerevan, Armenia, Arthur Baghdasaryan, 20, a student at the Armenian State Economic University said he thinks Earth Day is a great idea.
People the world over must take part in it, Baghdasaryan said, for the good of the planet. Because many Armenians – especially those who aren’t on the internet a lot – don’t know
about Earth Day, he does what he can to inform people about it.
“I hope that with my help, many people begin to understand the importance of keeping our planet safe and clean,” Baghdasaryan said. “This is my aim.”
Edriss Waizi, 22, who attends the American University of Afghanistan in Kabul, said he sometimes observes Earth Day. He said it’s a chance for people to pause and think about what this beautiful
planet has given them during their lifetime, and to show gratitude by learning ways to minimize toxic waste by consuming responsibly. 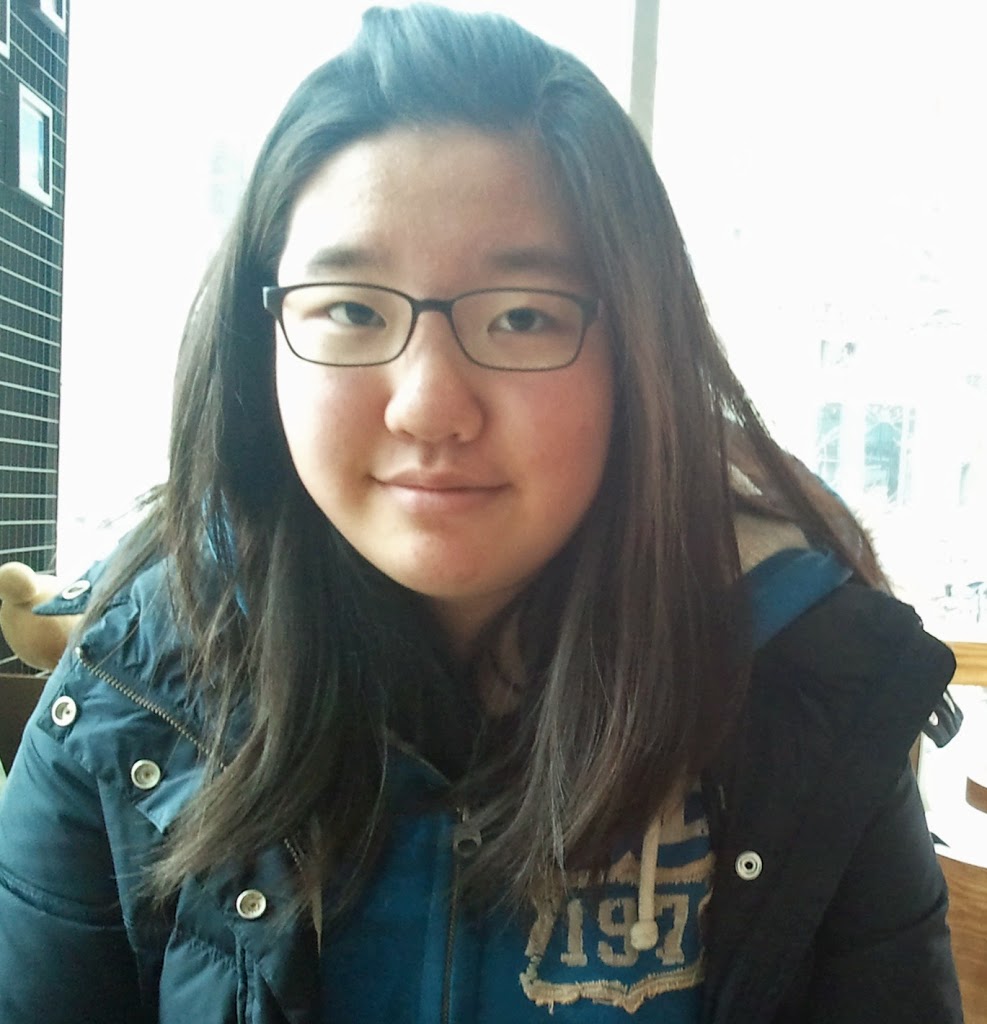 Eugene Sung, who is 12 and attends Chadwick International School in Seoul, South Korea, said Earth Day is a time to think about the Earth and try to save it from pollution. She said she hasn’t taken any action on Earth Day in the past, but would like to plant something this year.

It’s important, Waizi said, to keep the Earth beautiful for not just this generation, but so future generations would also be able to enjoy its beauty and resources. To do his part, Waizi said he talks with fellow Afghans from their country’s religious and cultural perspective about how they can adopt environmentally-friendly habits into their daily lives.

Living in a densely populated Kabul, Waizi said, he knows that if attention isn’t paid to environmental concerns, then the city may become the site of an environmental disaster. Factors such as pollution, dust and population density may together transform Kabul into an environmentally unhealthy city, he said.
Small, personal moments are another way some of the world’s youth observe Earth Day.
Nineteen-year-old Laura Williams of Queensland, Australia, will head off on a hike. She’ll take her camera to the Mount Tamborine mountains and try to capture the beauty of the rock pools, shrubbery and glow worm caves.
In Kuala Lumpur, Malaysia, Natalie Chan Xin Ci, 17, a student at Sekolah Menengah Stella Maris will observe Earth Day by recycling. She’ll use candy wrappers and magazines to create new things like calendars and photo frames, she said.

Toshit Varshney, a 17-year-old student at Delhi Public School in New Delhi, India, said the occasion is a chance to appreciate the beauty of nature, respect the environment and grab the opportunity to do something for the planet, even if it is in a small way.

In the past, Varshney’s turned off the lights for an hour and picked up litter with the school Environment Club.

Eric Kim, a 12-year-old student at Korea International School in Seoul, said he will plant trees and recycle, because to him, Earth Day means saving nature.
Apoorva Gupta, 19, a student at the Indian Institute of Technology in Madras, Chennai, India, said Earth Day has become more of an occasion for symbolism than for real action. While it’s a wonderful way to raise awareness, she said, it still isn’t anywhere near enough.
It’s important to stress the immediate need for policy change and governmental collaboration, Gupta said, adding that everyone
can make a difference, but that it needs to begin now with simple lifestyle
changes – like turning off appliances that aren’t in use – and having a basic
regard for what we leave behind.

Inspired by a Friends of the Earth campaign, she said she tried to reduce her emissions by 10 percent and found it surprisingly easy.

Jessica Hine, 19, at student at the University of Queensland in Australia, said Earth Day is a perfect opportunity to step away from gadgets and spend time with friends and family. She’ll use candlelight and play board games, she said.