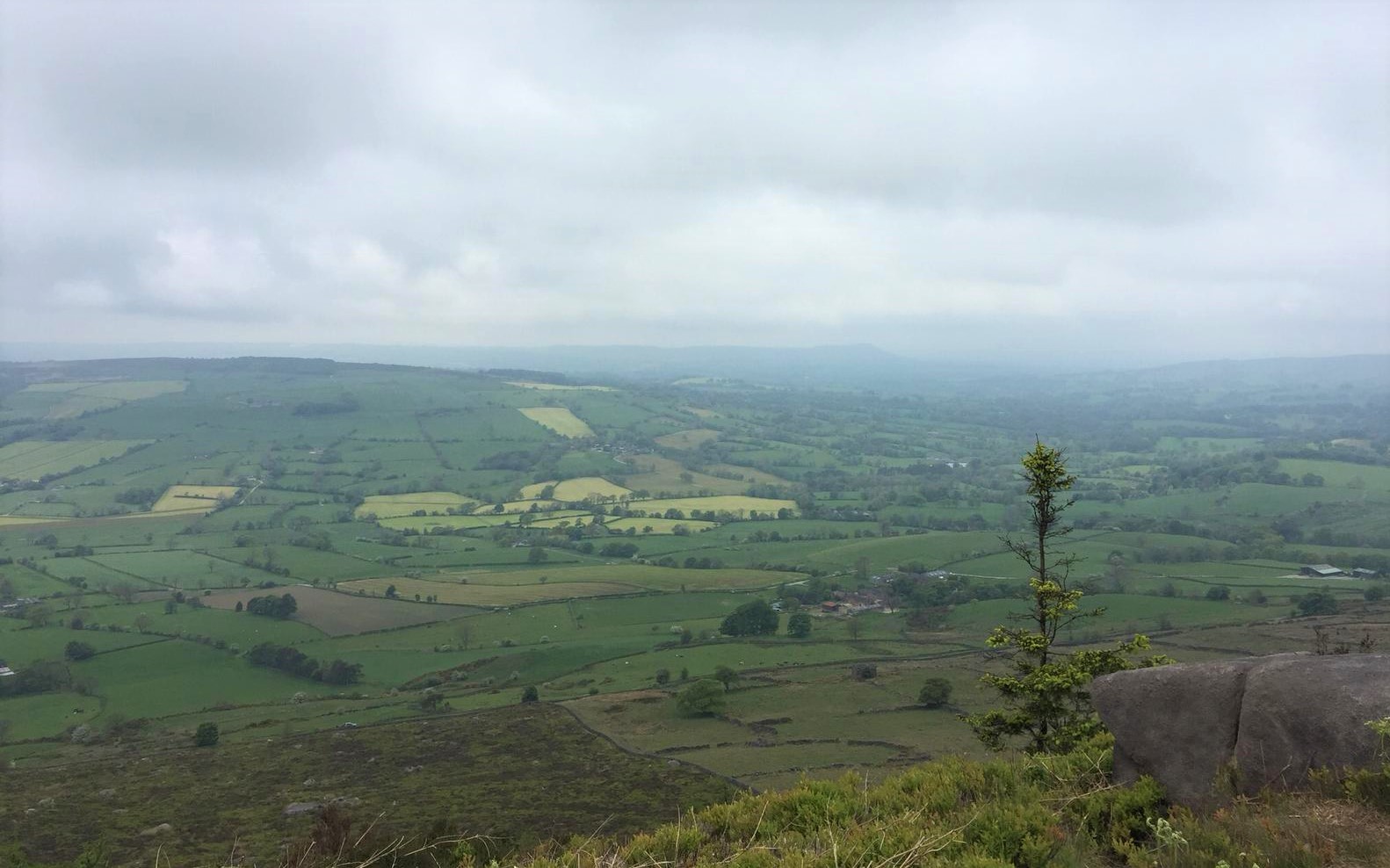 The Cheshire Plains as seen from the high spot of Teggs Nose. (Hannah Cochrane/YJI)

Macclesfield, UK – My hometown, Macclesfield, is usually bustling with people – the train station carpark is usually rammed, the streets are usually full of shoppers, and the roads are typically busy.

The coronavirus outbreak has, seemingly, put everything to a halt. People have become anxious to leave their homes, questioning whether going to the supermarket for those extra few tins is really worth it, and really classed as ‘essential’ travel.

On the last Sunday of every month, over 160 stalls of individual craft set up in along the cobbled streets of Macclesfield Town Centre – the Treacle Market has become well known for its broad range of craft, food, drink and vintage novelties.

The next market was supposed to be on Sunday 29th March, but the streets remained eerily quiet as the market was cancelled; officials encouraged people to stay at home instead. 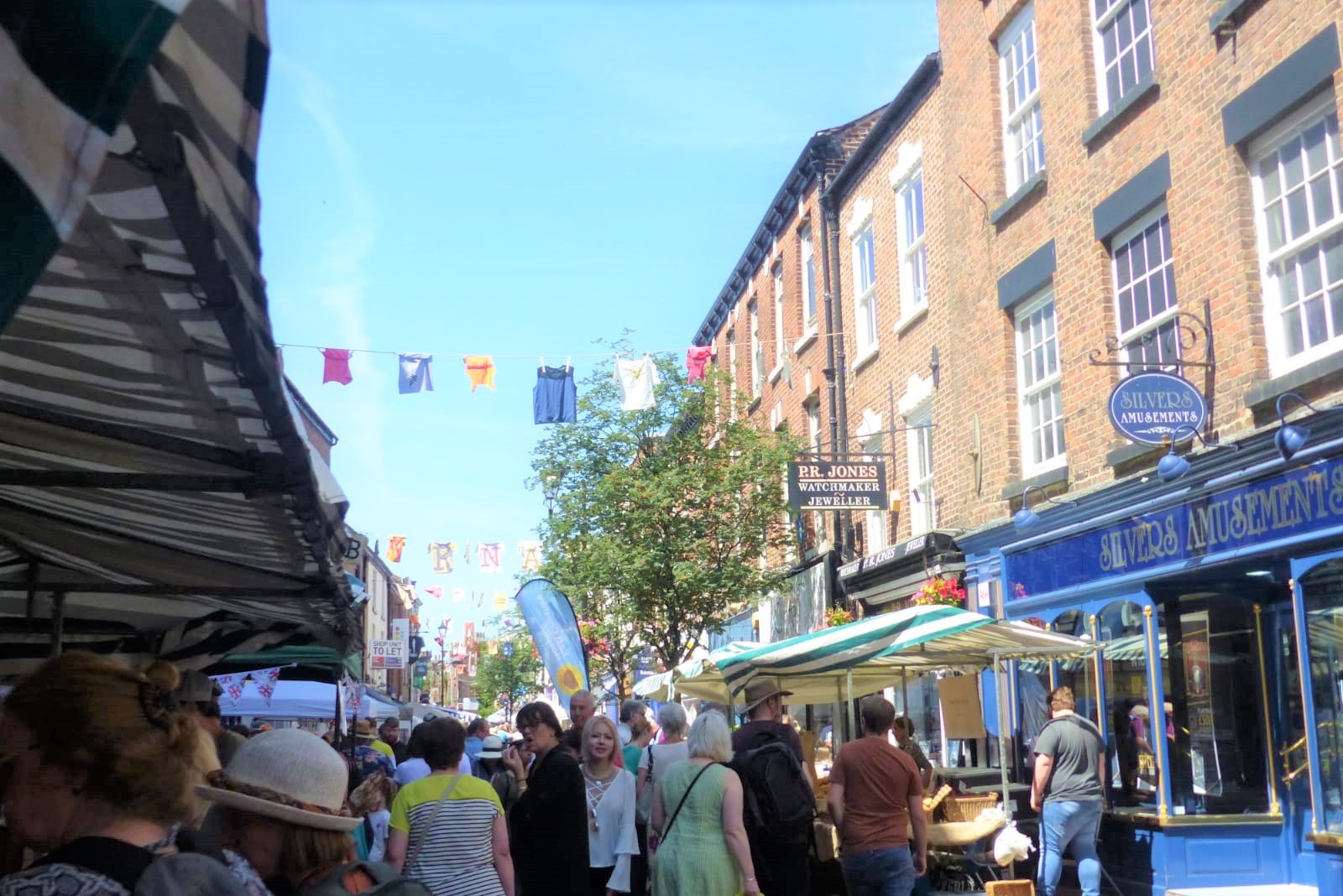 The Treacle Market, a well-known monthly event that draws crowds interested in its crafts, food, drink and novelties. (Hannah Cochrane/YJI)

The usual bustle of the town can quickly be escaped if, like me, you prefer being around nature more than people.

Macclesfield Forest is approximately 400 hectares of coniferous woodland and plantation. Deer, rabbits, birds, and other woodland creatures can easily be spotted if only you look hard enough.

Located between the Cheshire Plains and the Peak District, Macclesfield is a perfect setting for a balance between the countryside and the cities – with Manchester being a 22-minute train ride away, making this town ideal for commuters. 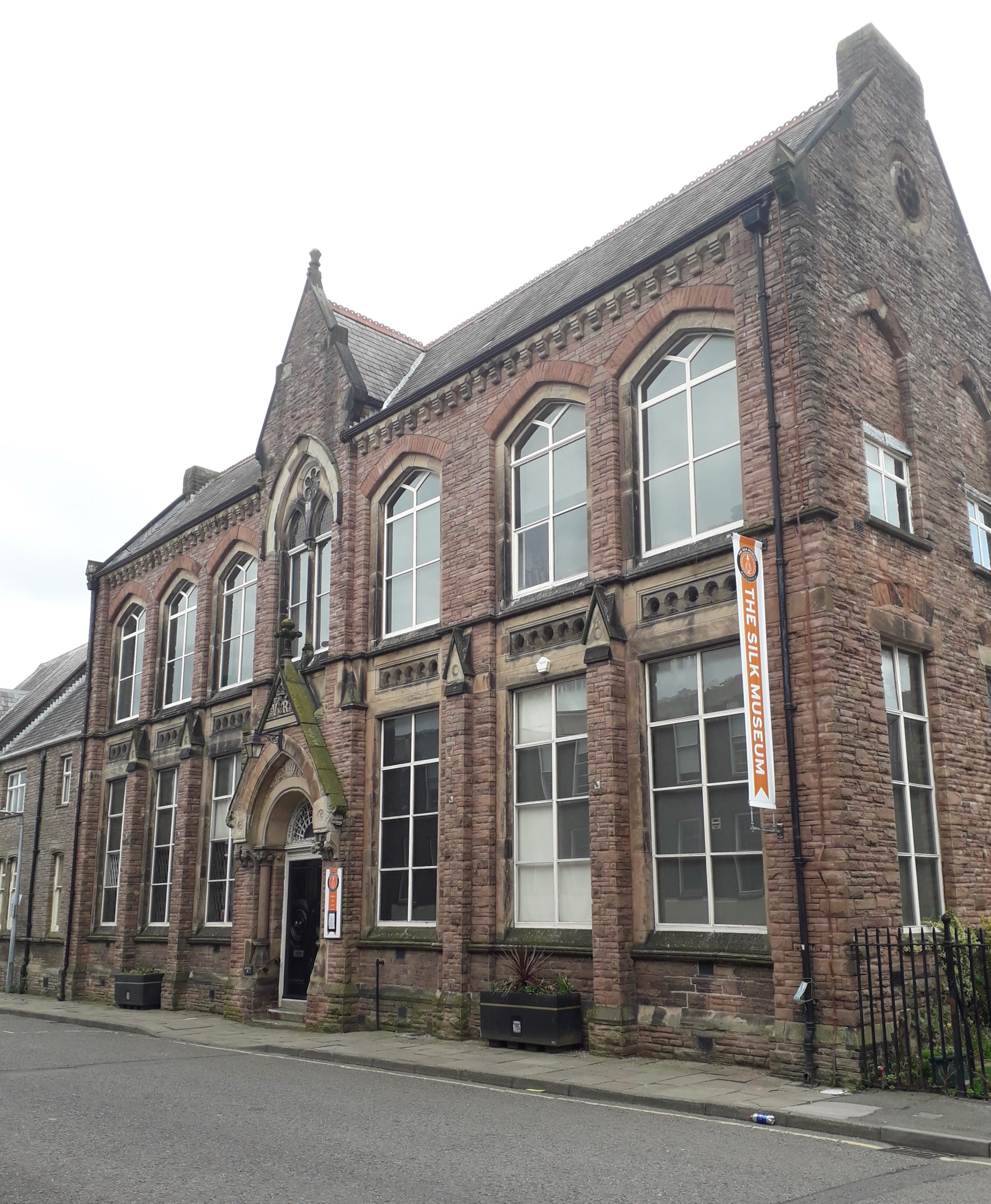 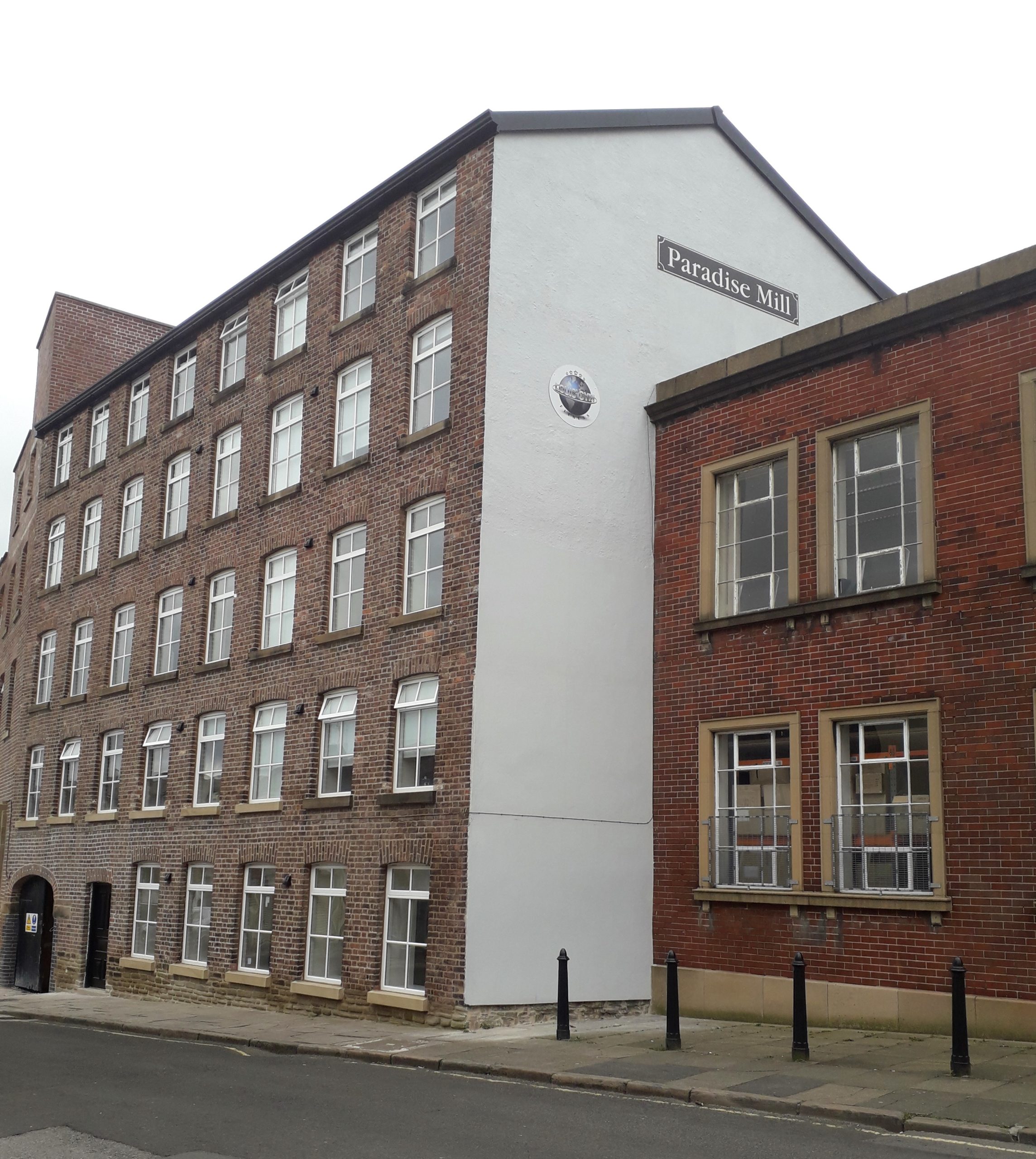 The Silk Museum and Paradise Mill adds to the attraction of this small, Cheshire town.

But the outbreak of COVID-19 is putting life as we know it on hold, and it’s not hard to see random acts of kindness from the people around you.

I was recently in town with my mum and brother for a quick walk before getting back to school work. We were walking down Mill Street, avoiding people as we went, and we heard a voice call to us from outside a charity shop on the other side of the road, “Do you want some bread?”

Having passed them earlier, we’d seen they were unpacking crates of Warburton’s Toastie White Bread, and we’d simply thought they were setting up a food bank for some of the homeless people around the town. But as we crossed the road, they’d told us that it had been delivered to them by Morrison’s, and they had too much.

“Do you want me to pay you for it?” my mum asked, just as curious as my brother and I were, taking her purse out.

The people handing out the bread shook their heads. 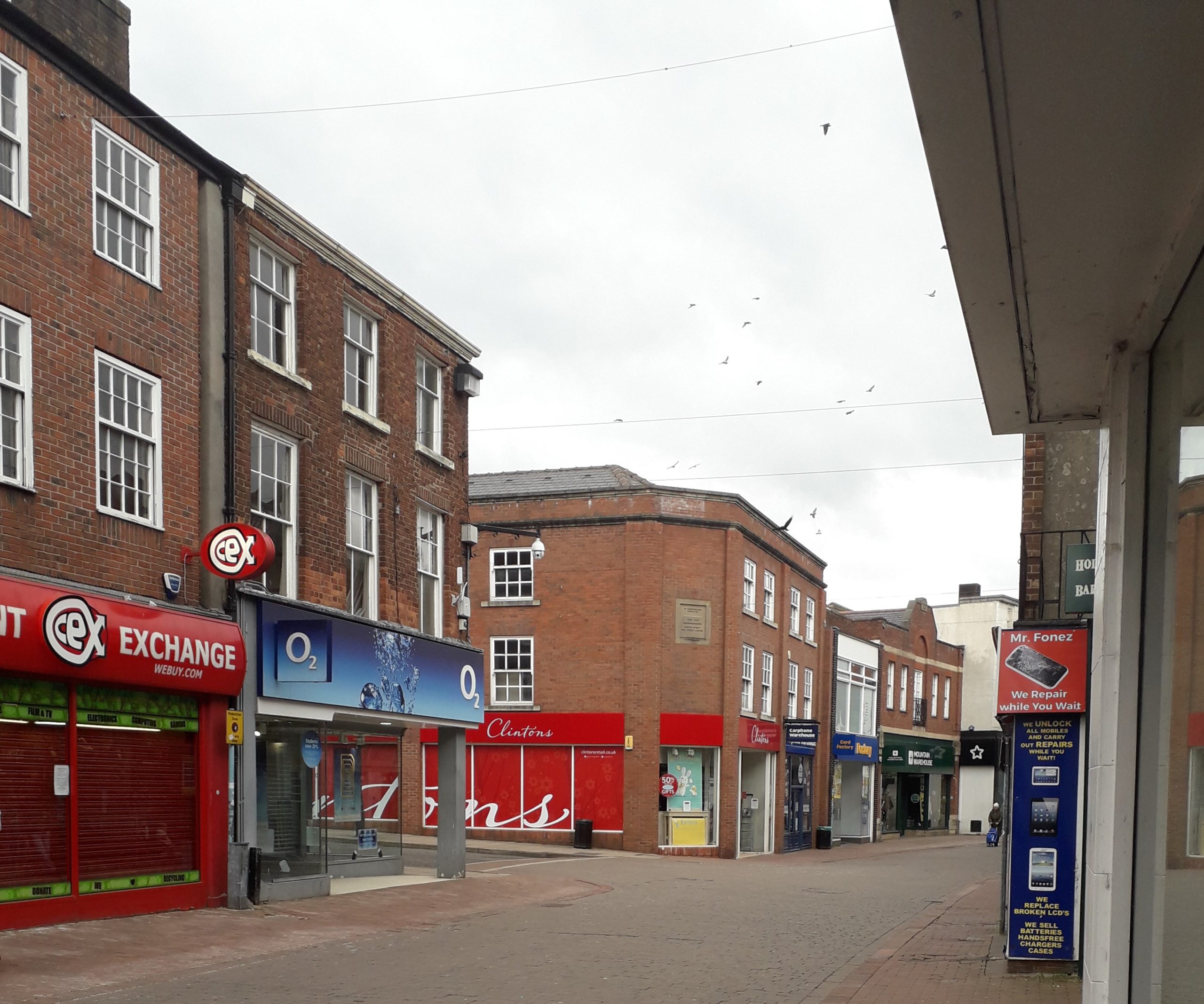 Surprised, we grabbed a loaf and a couple of baguettes before thanking them, telling them to stay safe and heading off home.

I strongly believe that in these unpredictable times, the kindness and the beauty of human nature really show through, bringing us closer together.

And as much as I might dislike crowded events such as the Treacle Market or the festivals, I can honestly say that I cannot wait for things in my town to return to the way they used to be before the coronavirus outbreak. 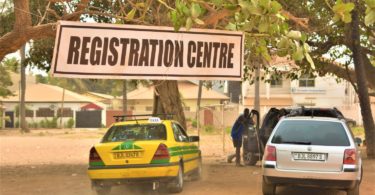 Kerr Serign, THE GAMBIA – As the Independent Electoral Commission begins registering voters across... 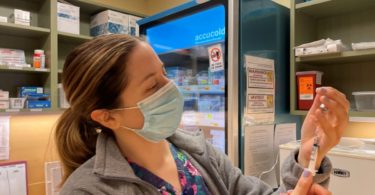 Clarksburg, Maryland, U.S.A. – Through a blurry video camera in her brightly lit home in East...