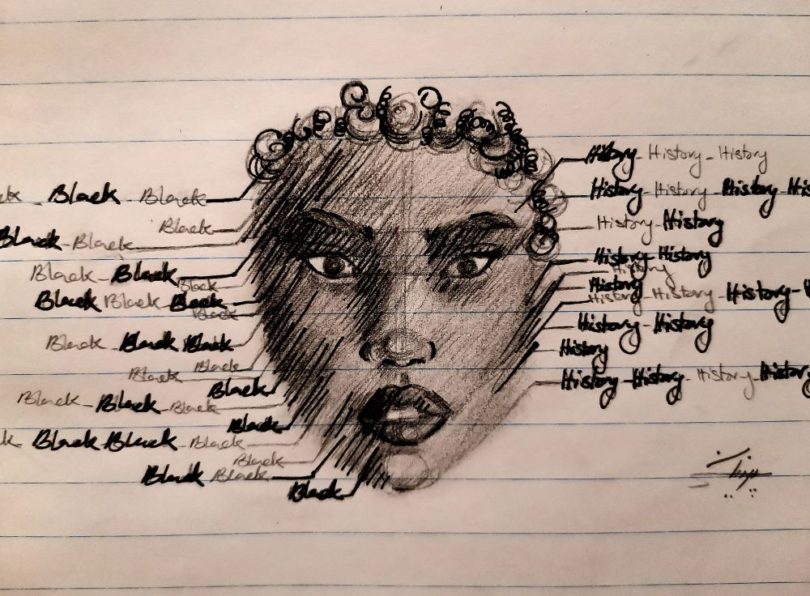 Ludwigshöhe, Germany – February is Black History Month, a month dedicated to learning about the past so that horrible acts will not be repeated.

It is for honoring the struggles and achievements of Black people then and now, for supporting Black creators and for uplifting Black voices.

Of course, all of those things are important throughout every year, not just during one month. It should be a given that people who like to watch movies watch movies with diverse representation, films that show the racism many Black people are faced with every day and also movies who just naturally feature Black people where the color of their skin has nothing to do with the plot.

On the first two or three days of February, my entire Instagram feed was focused on Black History Month, talking about important figures and recomminding books by Ibram X Kendi.

During those initial days, I learned that Rosa Parks was not the first Black woman to refuse to give up her seat on the bus for a white woman. It was, in fact, a 15-year-old girl named Claudette Colvin, who is not named in many history books because she was much younger than Parks and her skin was darker.

But after those initial days everyone went back to their normal posts, and it seemed like Black History Month was over.

But it’s not called Black History Day or Black History Week. It’s an entire month, and we should use it to remember, to learn, and to listen.

Although Black History Month is an American event, I’ve heard a lot about it online and many Germans are also raising awareness for it and celebrating it this month.

A German organization, the Initiative Schwarze Menschen in Deutschland, began celebrating Black History Month here in the ‘90s, focusing on the history of Afro-Germans and on Black culture in Germany.

So even though Black History Month is especially known for being an American and Canadian event, it can be celebrated all over the world.

Unfortunately, racism and white supremacy exist all over the world, so it is important for all of us to take this time to actively work against those, to remember the past and to make sure that the future will be more equal and tolerant.

As white people, we are responsible for not letting any of the things our ancestors have done to Black people repeat themselves.

We are responsible for fighting against our own internalized prejudice, for being kind and open, and for acknowledging that this month is not about us. That doesn’t mean that every social media post during February needs to be about Black History, but I do think we should keep in mind what this month means.

It is a reminder for all of us about how far we have come already, but it can also remind us of the discrimination Black people are still faced with and the work that still needs to be done.

February is a historically significant month. In February 1909, the NAACP was founded. In February 1926, historian Carter G. Woodson established “Negro History Week,“ coinciding with the birthdays of U.S. President Abraham Lincoln and the Black anti-slavery leader Frederick Douglas, which were celebrated by the African-American community.

In 1976, U.S. President Gerald Ford extended the one-week observation to a month, according to the National Museum of African American History & Culture in Washington, D.C.

This year, in 2021, we are celebrating the 45th Black History Month. In these last 45 years, a lot of good has happened but evidently, it has not been enough. In only the first eight months of 2020, the U.S. police killed 164 Black people.

That was last year. Brutality and prejudice like this are the reason we still need Black History Month and organizations like Black Lives Matter and Color of Change that campaign for moving forward and no longer unfairly holding back Black people.

It‘s important, not only this month but this entire year, to uplift Black voices, support Black creators and businesses owned by Black people and, if possible, to donate to organizations like these.

Annalena Stache is a Junior Reporter with Youth Journalism International. She wrote this piece.

Parnian Shahsavary is a Senior Illustrator with Youth Journalism International. She drew the illustration.