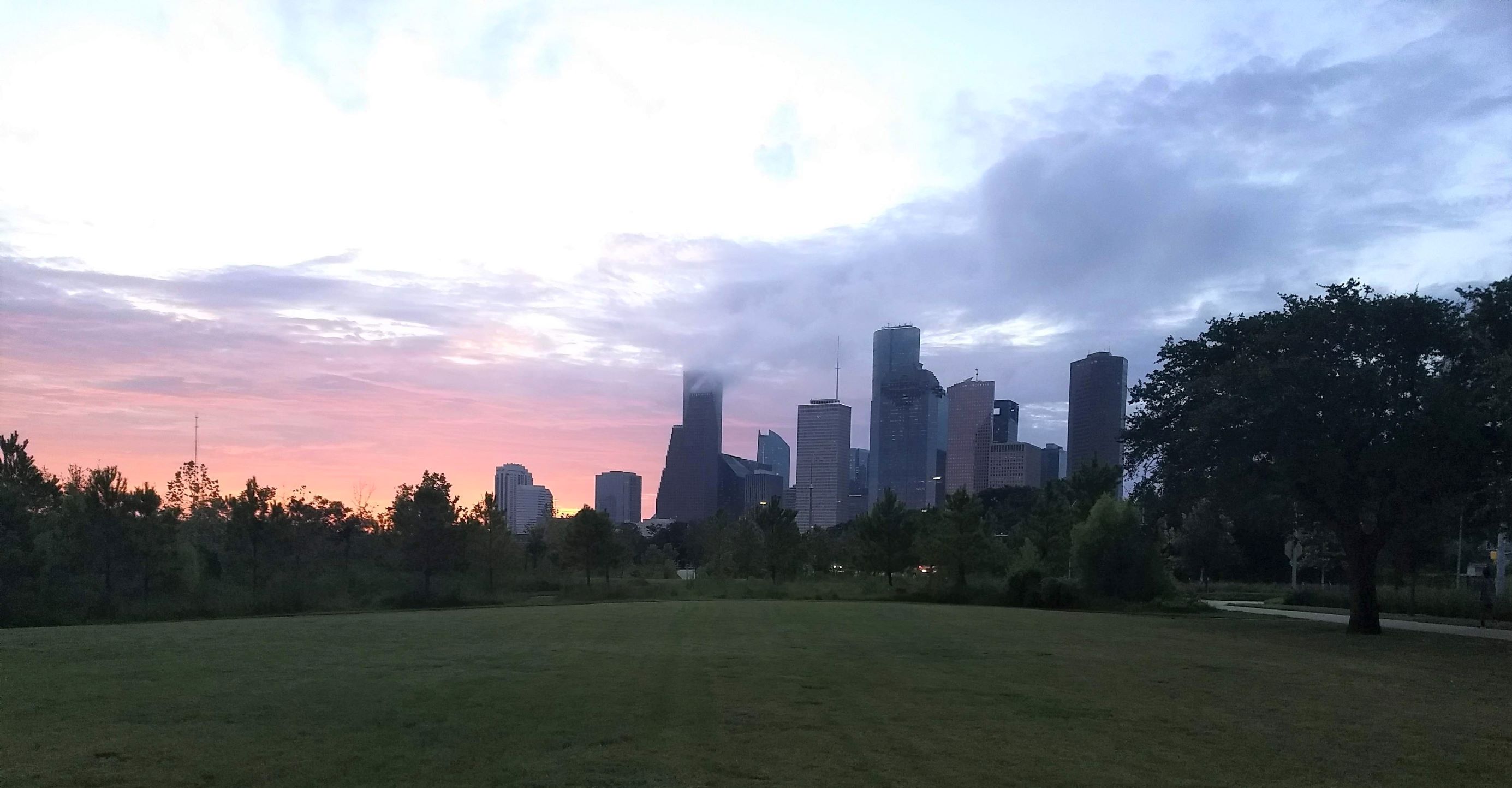 BERLIN – It wouldn’t be hard to pass off Houston, the fourth largest city in the United States, as boring. It’s as flat as it gets, there’s almost no public transportation, its downtown is wimpy compared to New York or Chicago, and there aren’t all too many attractions.

Those were exactly my thoughts when my parents announced that we would be going to live in Berlin for a year. What would there be to miss?

Well, it turns out – and I only fully realized this after I was already gone – that it’s the people of Houston that make the city such an incredible place. And by that, I don’t just mean my friends or teachers or other people that I see all the time. I mean everyone. The guy who would always come chugging down my street with his lawnmower engine-propelled bicycle. The waiter at Hopdoddy’s burger restaurant who paid for my friend’s lunch when his debit card didn’t have enough money on it. The guys at Christy’s Donuts and Kolaches that would always sneak in an extra donut hole. Sometimes even two.

This year, Houston was ranked the most diverse city in the nation by WalletHub, and it shows. For residents of Houston, living and working among people of all different ethnicities, nationalities, and genders is a norm. No one thinks twice about it.

This struck me most when I went on a ski trip to Salt Lake City, Utah. When we first drove into the city, it felt like any other – except that pretty much every person I saw was white. It made me realize what a gift it is to live in such a diverse city. I know it’s cliché, but I suppose the saying that “we only miss things once they’re gone” fits pretty well in this case. 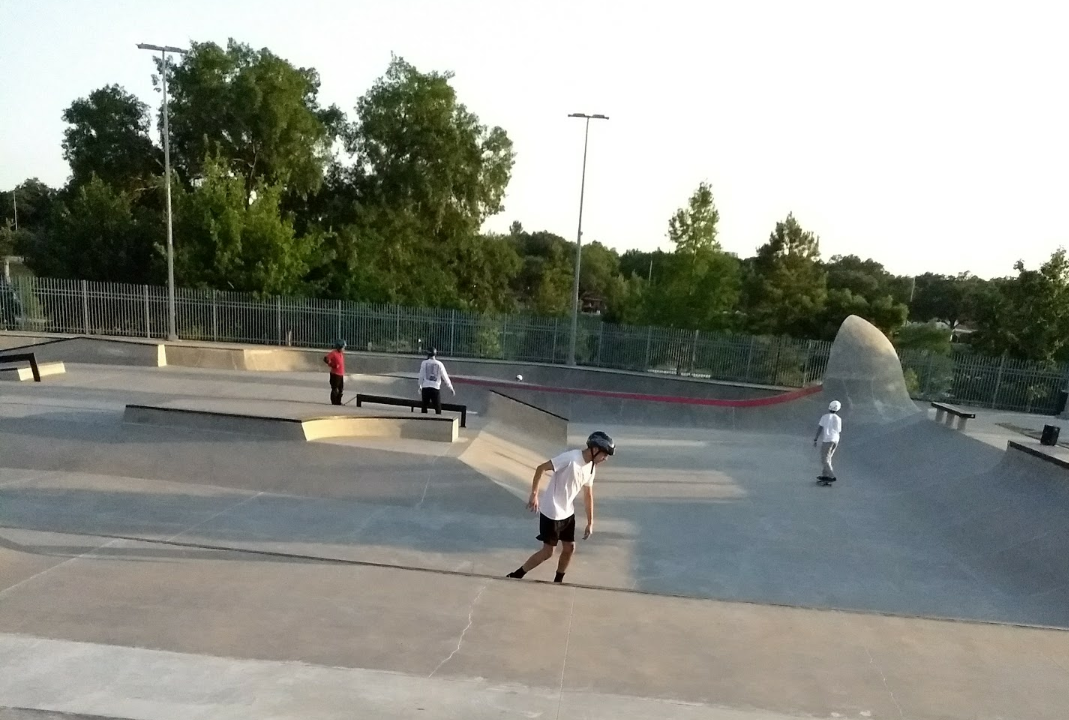 The Lee and Joe Jamail Skatepark in Houston’s Eleanor Tinsley Park. Its location close to downtown and the Bayou help make it a popular spot. (Leo Bader/YJI)

I get asked a lot which city I like more – Berlin or Houston. For a while now, I’ve given the same response: “As far as the city itself is concerned, Berlin is much cooler, but Houston has an incredible community and culture, and I can’t stop missing that.”

In Berlin, I could spend a day gazing out at the city from the looming TV Tower at Alexanderplatz or walk through the Brandenburger Gate and into the government complex with its sleek, modern architecture. But in the end, I prefer being able to spend a day walking along Houston’s Bayou or through Montrose with some friends and observing everything that is going on.

I think Houston is often judged by what companies and activities there are in the city. Some think of it as a giant oil and gas place – our football team used to be called the Houston Oilers – others see it as the place that astronauts communicate with when they’re in space, and others still imagine a dusty town with cowboys riding their horses down the main road lined with saloons.

All of these are at least somewhat true – well, except for the bit about horses and saloons – but what truly characterizes Houston is the diversity of its inhabitants. 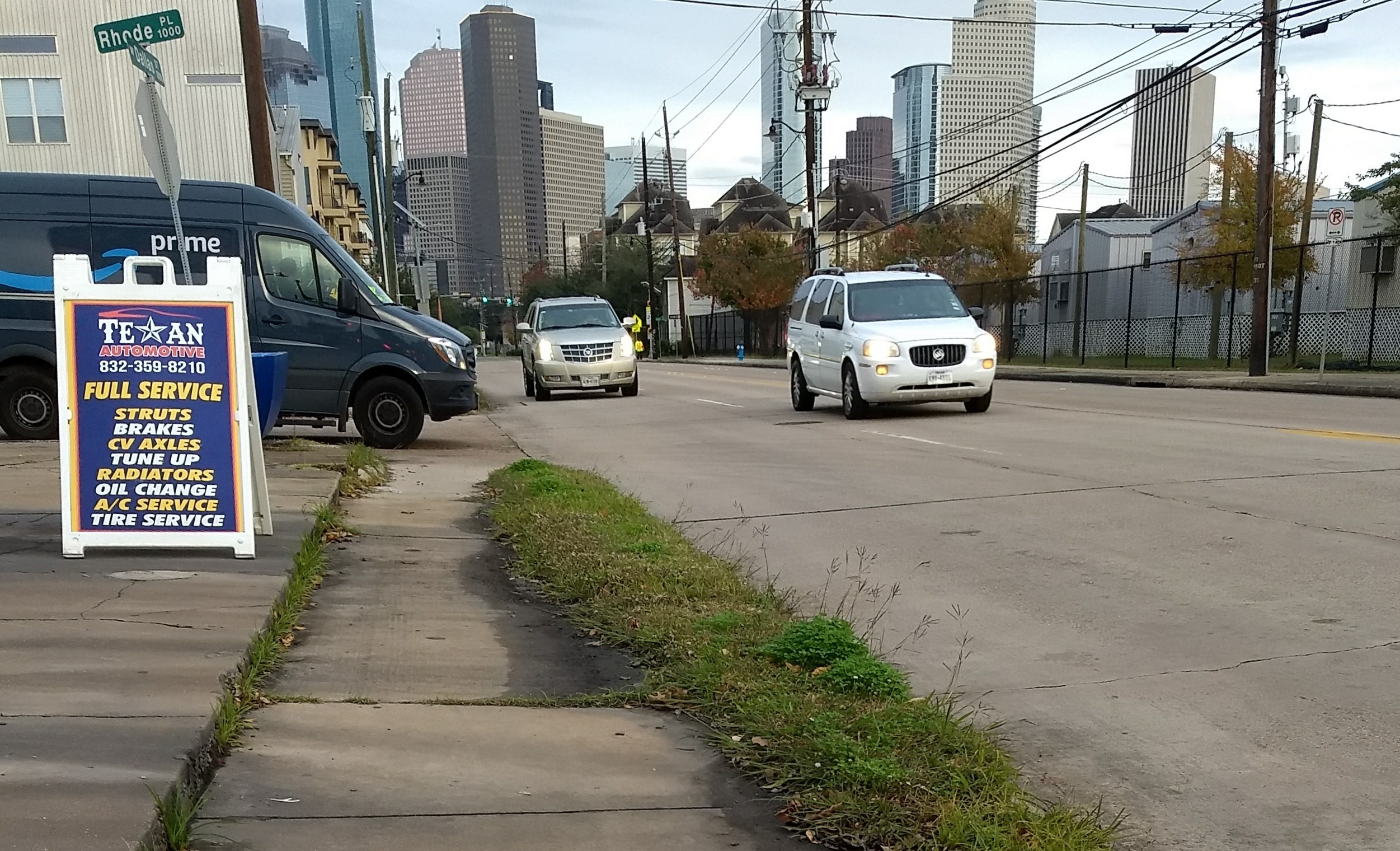 Where the author catches the bus to go home from school each day. The Houston skyline is in the background. (Leo Bader/YJI)

A good depiction of this is when my dad spent a few weeks going door-to-door for U.S. Rep. Beto O’Rourke’s U.S. Senate campaign. The organizers often sent him to parts of the city that no one in our family had a reason to go to otherwise, and every night he would come back talking about all the different kinds of people and events he encountered.

Once he knocked on a front door only to realize everyone was in the backyard – roasting a whole pig on a spit. Another time he had a long conversation with two sisters about how hard it was for them to register to vote and become politically engaged.

As a place to travel to, I admit that Houston isn’t stellar. It certainly hasn’t made it onto any Top 10 travel lists. But as a place to live, and be fully integrated into the community and culture, Houston is amazing. The experience it creates is one that not many, if any, cities around the world can offer. A street crossing near a Houston middle school. (Leo Bader/YJI)

Leo Bader is a Reporter for Youth Journalism International.