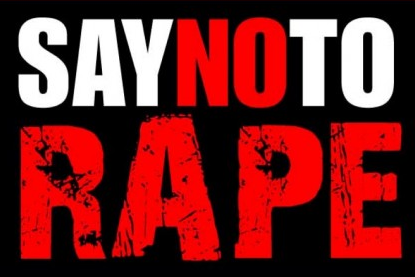 NEW DELHI, India – The shock and anger expressed by thousands of citizens against the brutal gang rape of a 23-year-old medical student on December 16th is now redirected towards the government.

The turn of events – which include calls on social media for a boycott of the national holiday Republic Day later this month – has politicized what is primarily a social, perhaps even cultural, problem.
The ruling Congress government can certainly be blamed for being unable to make its capital safe for Indian women, and the police force has shown innumerable failures in registering rape cases and seeing them through, but both of these – and particularly the second – are owed to Indian attitudes towards women.
“These days girls wear clothes they shouldn’t be wearing outside the house. It’s not right,” said Sushila Chauhan, a 35-year-old domestic helper.
Asked whether she thought all girls who dressed inappropriately deserved to be raped, she said, “No, but you have to realize that all kinds of people take the bus in Delhi. Some of them come from villages. Some of them have never seen a girl dressed in jeans. You think I’m wrong, but you should see how some girls on buses dress! Their underwear sticks out of their jeans, and sometimes you can see their bra through their shirt.”
While Chauhan is right about the huge numbers of migrant workers who move to Delhi from far-flung rural regions, statistically, it is rural women who are raped the most, and they are hardly likely to be wearing jeans.
In a traditionally patriarchal society that has fast-evolved to allow women into its public sphere, rape is used by men not necessarily for sexual gratification, but more to reassert their domination over women who are no longer merely mothers or homemakers, but have similar ambitions as men do.
A report published by the Indian magazine Tehelka earlier this year revealed that Indian policemen tend to think that the victim deserved it, rather than blame the rapists.
Though a woman herself, Chauhan offers her own shocking conclusion, “You know, women who deserve to be raped are never raped … because they go willingly.”
At the other end of the spectrum, some highly educated Indians are taking to social media to call for punishments for the rapists that are almost barbaric.
And even as Delhi collectively mourned the death of the rape victim whose name still remains a secret, some mourners turned into protesters calling for death for rapists, and the fall of the government.
There’s a push for Indians to abandon plans to celebrate Republic Day on January 26. Each year, it’s when the nation commemorates the day the Constitution first came into force. Recently, however, the following text message made the rounds in New Delhi:
“The nation should boycott the Republic Day celebrations in totality! Ensure a NO SHOW. They don’t want the citizens gathering even for a peaceful protest, so why should crowds gather to hear them at their convenience? And what is the nation celebrating anyway? We have a failed Government loathing (sic) in corruption! It is time for a revolution! Let the PM & the President address vacant spaces & buildings. They don’t want our presence now but let us be absent when it matters most. Let the world get a taste of our disgust. Let us shame them by playing their game. Let us prepare for a New India!”
Still, there were reports of women being groped by men – even during this time of grief.
Emmanuelle Loève, a student at Delhi University put it very well.
“Delhi-ites think that a change in government will solve all their problems.,” Loève said. “But … we need to change the world.”
Sara Chatterjee is a Reporter for Youth Journalism International.