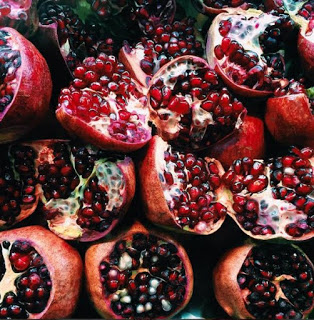 Pomegranates in an Iranian fruit shop. Pomegranates are a must for Yaldā night. (Frida Zeinali / YJI)
Iran – Something special is happening on Iran’s streets. The country is preparing to celebrate Yaldā night.

While the New Year is just around the corner and the people all over the world are already starting to get ready for 2016, we have a big celebration now.

The last night of autumn in the Iranian civil calendar corresponds to the night of December 21 in the Gregorian calendar. 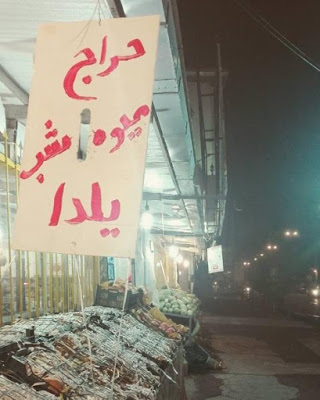 It’s the longest and darkest night of the year.
In Iran, the night of December 21 is a celebration of victory over darkness. The word Yaldā means “birth” in the Syriac language. Yaldā, though not common, is also a feminine name in Iran.
The festival is also known as ‘shab-e-chelleh,’ or the night of the chelleh, meaning 40. It refers to the 40 days of winter that are supposedly the coldest and harshest to bear.
Yaldā night celebrations, which take place each year, date back 70 centuries. 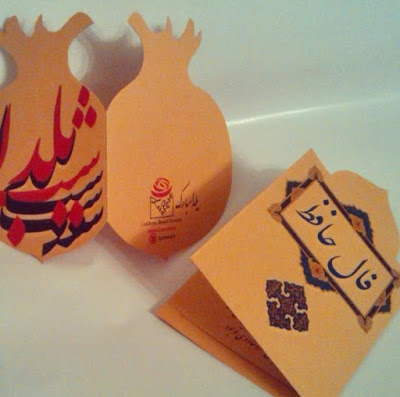 On the last night of autumn, families and friends gather at the house of an elder to spend the night together.
Foods have a significant role in modern celebrations. Fresh and dried fruits, various nuts , pomegranates, watermelons and warm drinks are traditionally served. Guests also get cotton candy.
The dishes represent health and prepare the body for the cold days of winter. After a fine dinner, people stay awake well past midnight.
Another common activity on Yalda night is reading poetry, especially by the ancient Persian poet Hafez.
Some families also tell folk stories to the younger children.
“Mehr and Maah” stories are the best known ones. In ancient Persian legends, Mehr, which is the Persian word for sun, was a beautiful woman, with wide black and luminous eyes. Maah, the Persian word for moon, happens to be passionately in love with her. For days and nights, he searches for her in the sepehr, the Persian word for skies. The stories of Mehr and Maah are a part of Old Iranian folklore culture.
It is also believed that people’s wishes are granted on Yaldā night.
The night passes. The next day is the first day of winter on the Iranian civil calendar. Everything goes back to normal, leaving all the good memories behind until the next year.

Decorations for Yaldā night hang from the ceiling in a shopping center in Tabriz. ( Frida Zeinali / YJI)

Although it’s not an official holiday, Yaldā is enthusiastically celebrated across Iran, with preparations starting a few weeks in advance. Signs of Yaldā can be found everywhere, from food  markets to bookstores.

Frida Zeinali is a Junior Reporter for Youth Journalism International. 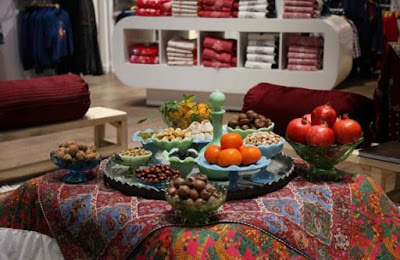 A traditional Yaldā table in a market. (Frida Zeinali / YJI)

***
Your tax-deductible contribution help students
supported by this non-profit. Please be generous.
www.HelpYJI.org