A Google map of Iraq and the region.

BOSTON – Day after day, Iraqi politics seem to be more polarized and fragmented and the political elite has lost all credibility among the populace.

The Shias have taken it to the streets to show deep dissatisfaction with the current regime. The Sunni areas have been in conflict for over a decade and the Kurds are Iraqi on paper at best.

While this ethno-sectarian breakdown of the Iraqi scene might be uncomfortable to some, there is no doubt that those identities have always been present in Iraq. They are, in fact, more original than the modern Iraqi identity created by the Europeans and enforced by the country’s former president, the late Saddam Hussein.

Those identities have deepened since 2003 and the Iraqi constitution fortifies the sectarian claims of power.

Saying Iraq is in a tough spot is a gross understatement. The country is at the brink of collapse, fueled by corruption and plummeting of oil prices.

Instead of discussing how Iraq got here and why are Iraqis not always getting along, I’m going to look at possible solutions and future outcomes for the current situation.

Mustafa al-Kadhimi, the new Iraqi prime minister who succeeded in forming the next government, will now face  one of the most daunting tasks of the century.

At this point, the scope of the solution is larger than maintaining social harmony between the different ethno-sectarian groups.

The economy must be fixed – Iraq is one of the richest oil countries in the world, but the expectations brought by those resources don’t match reality.

Iraqis look at neighboring countries like Saudi Arabia, Kuwait, and UAE with similar oil resources but vastly different living standards. To manage those justified expectations, the country should move from an oil-dependent economy to a diversified consumption-based economy.

This means that manufacturing and agricultural models must be developed from near scratch, and human capital must be invested to create sustainable growth. It’s a near impossible and daunting task, yet the ambition and drive shown in the recent youthful Iraqi protests show that such an economic shift is within the realm of reason.

In the face of all the governmental corruption and civil unrest, the Iraqi elite has always seemed to be united, which resolved protests by temporarily but quickly addressing their demands.

But it has taken the government nearly nine months to replace Abdul Mahdi, who resigned as prime minister. The delay shows that the Iraq elite itself has been fragmented.

The Iraqi identity hasn’t fully matured. Instead, the ethno-sectarian groups of Iraq looked abroad to fill this vacuum.

Iran has used this identity gap to enforce a Shia trans-national identity that serves its interest in the region. Similar efforts by Saudi Arabia and Turkey aim to expand their interests in the region.

The Kurds have always prioritized their Kurdish identity and dreamed of achieving a greater Kurdistan.

This shattered national identity has left Iraq more vulnerable to foreign intervention. Regardless of whether the Iraqi identity comes naturally or not, Iraqis must set aside the influence of Iran and America, reclaim their sovereignty and follow what is best for Iraq. 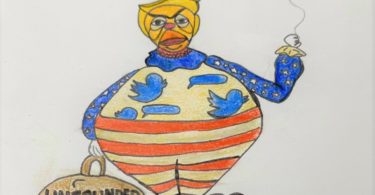 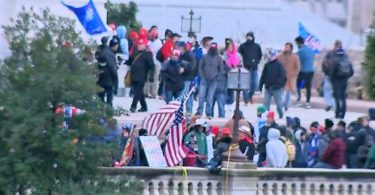