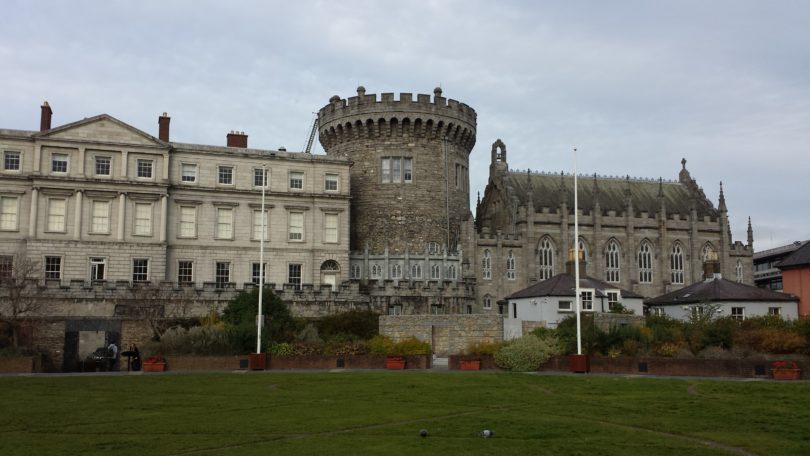 DUBLIN – In normal times, millions would take to the streets of their cities today, adorned in green and gathering to celebrate a small island on the very west of Europe.

Obviously times are far from normal, but on March 17, the streets of Dublin, New York and Melbourne (to name but a few!) would explode with people celebrating the feast day of St. Patrick.

As an Irish person, I often find it somewhat amusing to watch the extravagant parades around the world, some so much bigger than our own. I mean, it’s our national holiday, is it not?!

I believe that it is a phenomenal achievement for such a small country to have our national holiday transformed into something international.

But more than that, I think it shows the character of the Irish. Ireland is still a relatively young country. The colonization of Ireland dates back to the 12th century, and we did not gain the status of a full, independent Republic of Ireland until 1949. Six counties out of 32, known as Northern Ireland, are part of the United Kingdom and remain under the control of the British government.

In recent years, it has become traditional for various landmarks around the world to ‘go green’ for Paddy’s Day. From Christ the Redeemer in Rio de Janeiro to the Eiffel Tower in Paris to the Taj Mahal in India, these well-known places of international interest choose to turn green to celebrate the feast day of the patron saint of Ireland.

We suffered much hardship as a colony – the Great Famine of the 1840s is a prime example.

It would have been very easy to let our culture and traditions slip, allowing ourselves to become part of the UK.

But we did not. We kept hold of our customs and traditions when it would have been much simpler to let them go. Many of this culture now flourishes, with particular regard to our national games of Gaelic Football and Hurling.

Something that cannot be extinguished is hope. The leaders of our 1916 Easter Rising remarked in their Proclamation of Independence:

“We declare the right of the people of Ireland to the ownership of Ireland, and to the unfettered control of Irish destinies, to be sovereign and indefeasible. The long usurpation of that right by a foreign people and government has not extinguished the right, nor can it ever be extinguished except by the destruction of the Irish people.“

I would have to wholeheartedly agree with them.

It is with immense pride that I look on the celebrations of St. Patrick’s Day and see the influence that the Irish diaspora have had throughout the world.

The spirit of Ireland has endured and it is on this day that we truly celebrate our national identity.

We have made our mark on the world, and it makes me, as a young Irish person, extremely proud of my nation.