A side street in Old Town, Krakow. (Myah Guild/YJI) 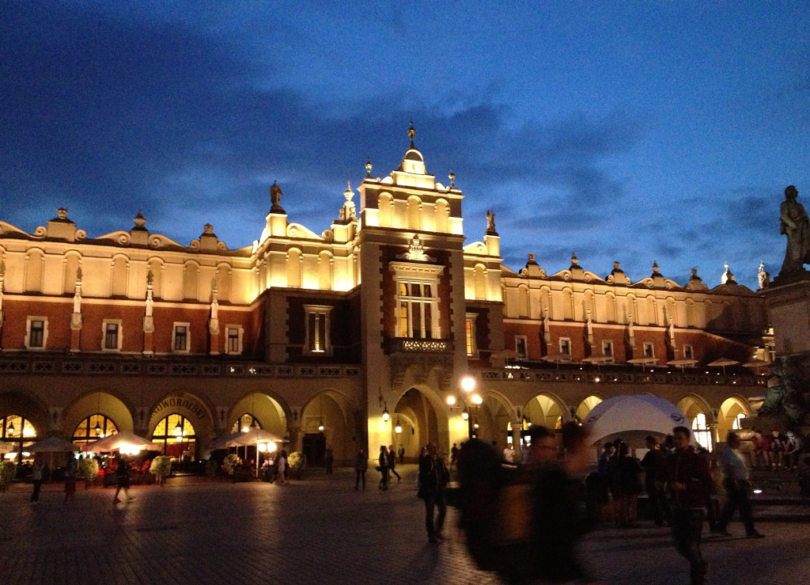 Cloth Hall in Krakow as seen from the Main Square. (Myah Guild/YJI) 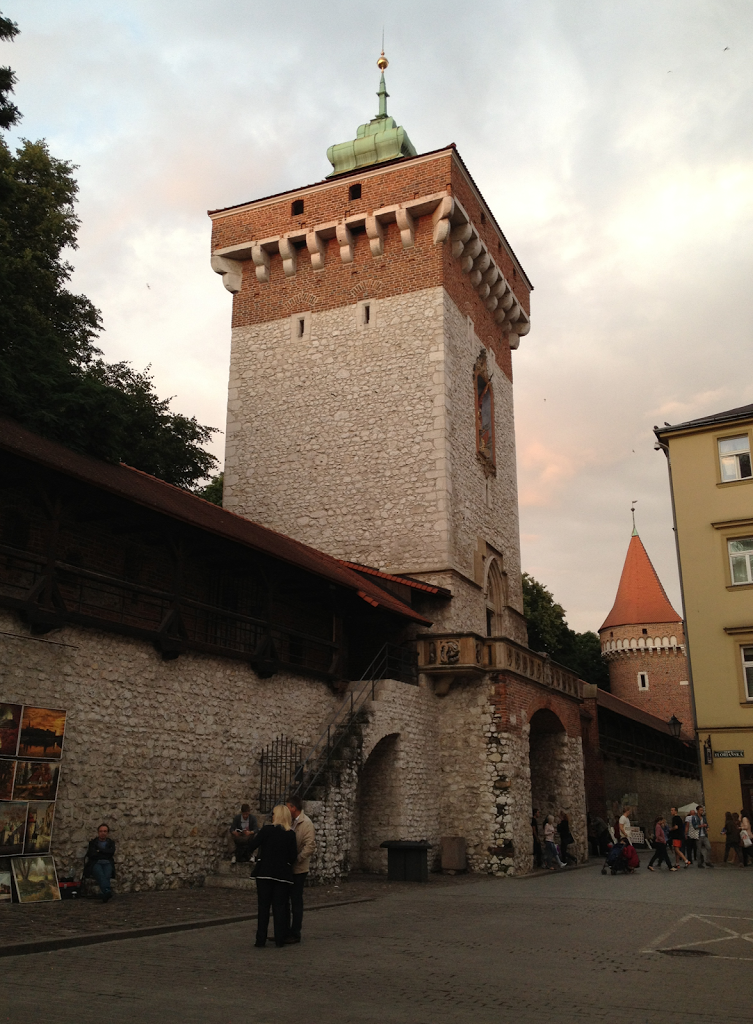 A view on a side street of Old Town, Krakow. (Myah Guild/YJI) 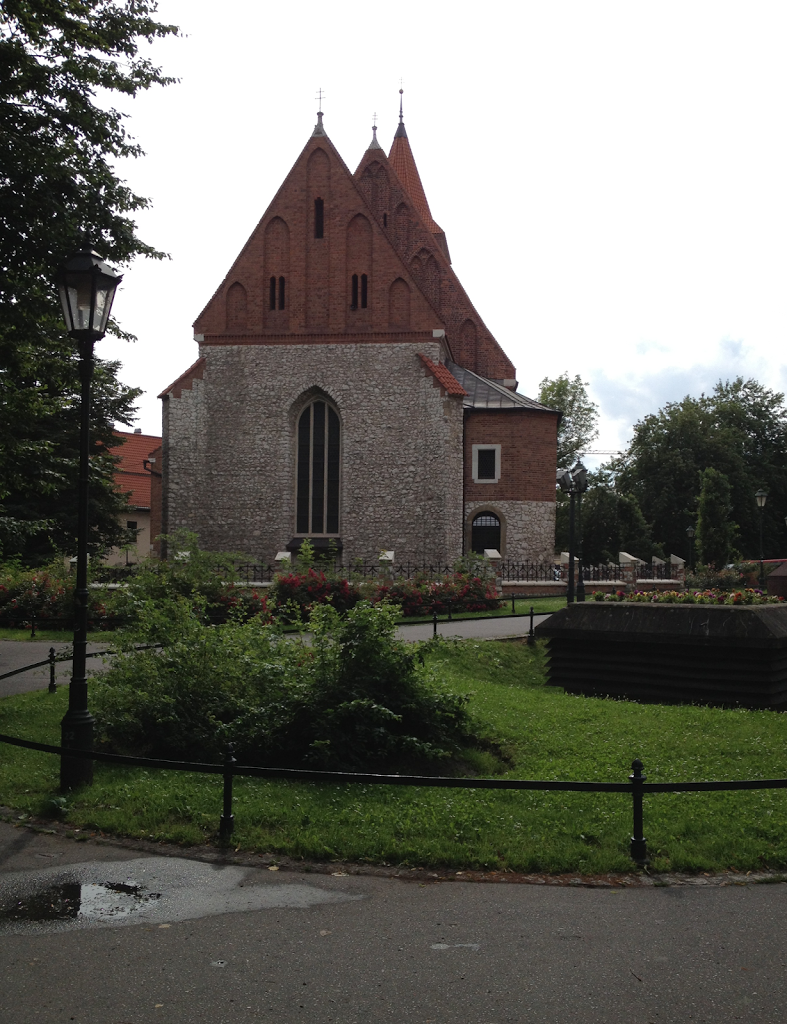 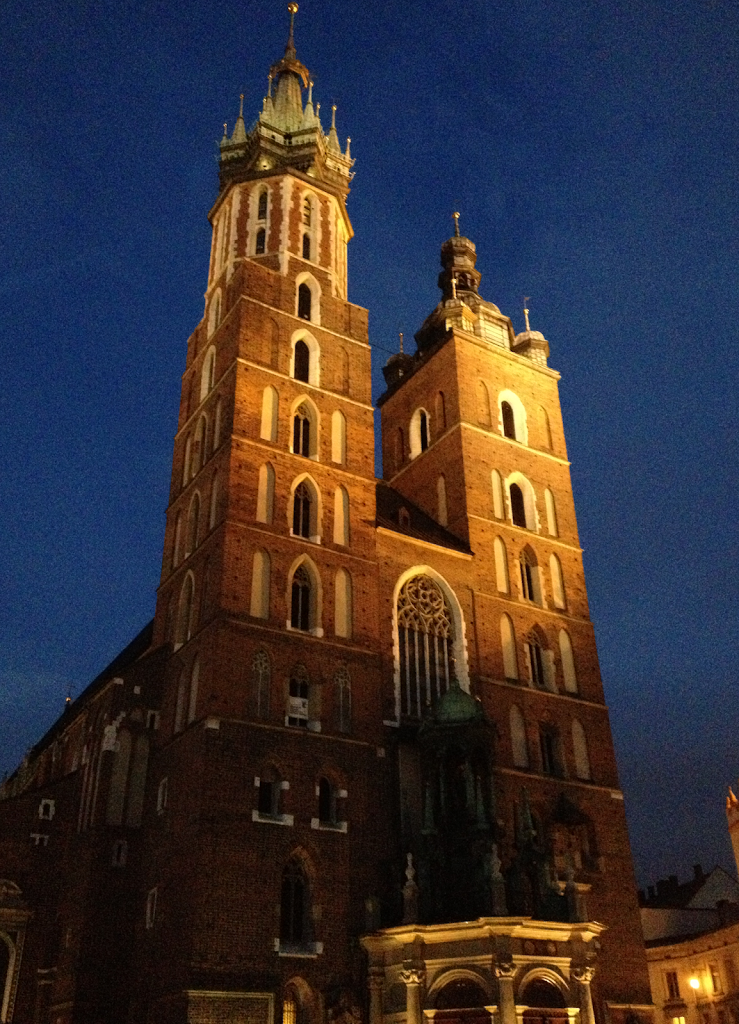 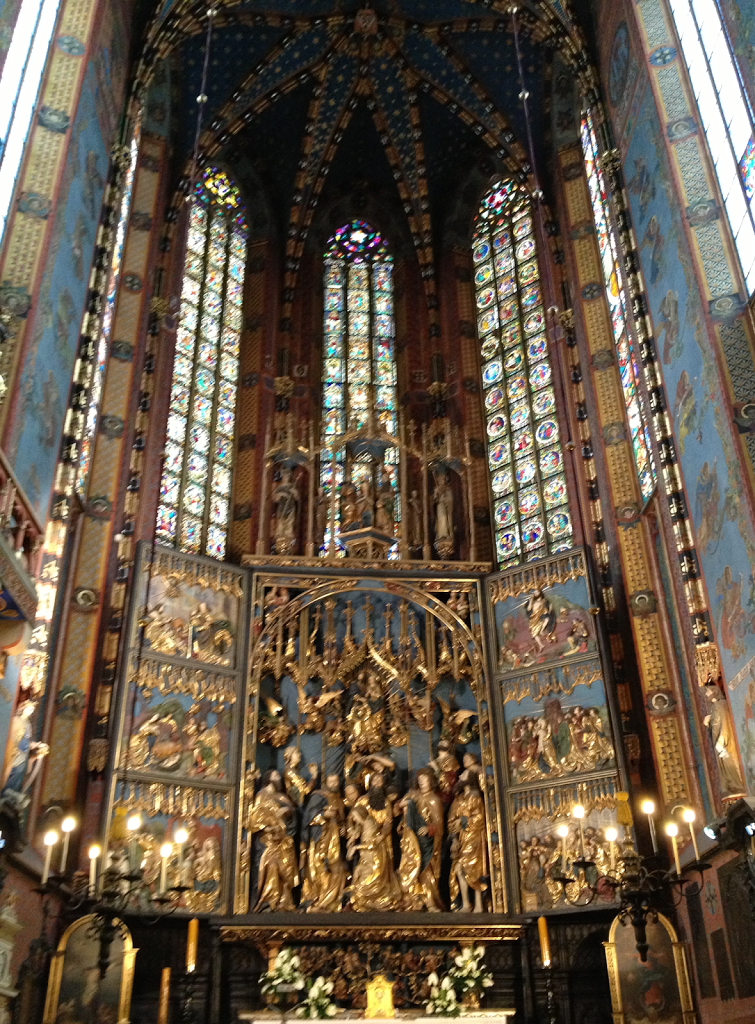 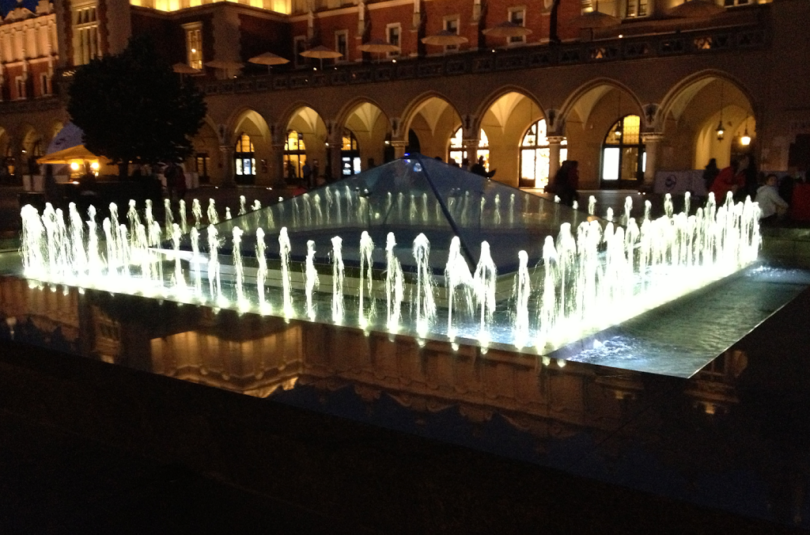 A commemorative plaque outside the Schindler factory. (Myah Guild/YJI) 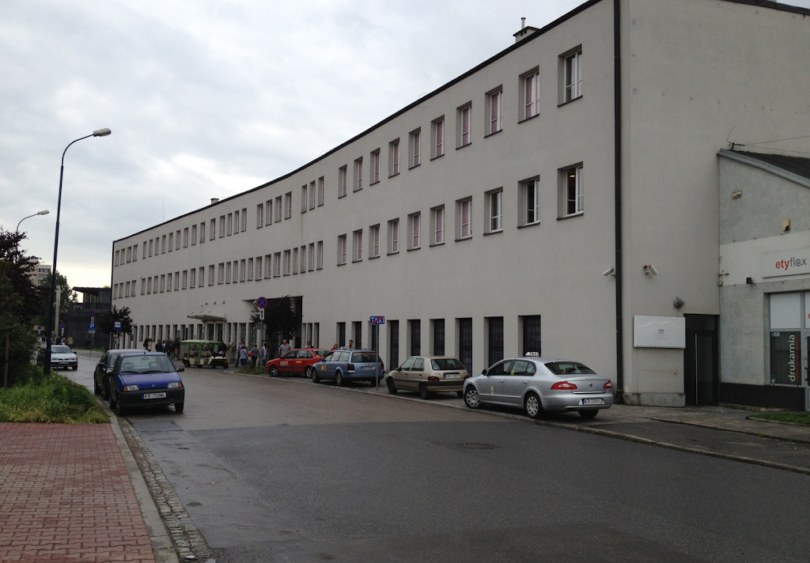 The outside of Oskar Schindler’s factory in Krakow’s Jewish Quarter. (Myah Guild/YJI)
Krakow
“Beautiful, historic and a good day and night out”
5 stars
KRAKOW, Poland – Before we got to Krakow, my friends and I had to establish how to pronounce the name of the place properly. Finding out was easier than we thought, but still left us unsure.

We sat with four Polish people on the train, and found the answer not as helpful as we’d hoped. Krakow can be pronounced in a variety of ways – the Kra-Kow, Kra-kuff or Kra-kow-va.
The Polish passengers on the train gave us some tips on what foods and drinks to try as well though, which was very helpful. Some of their recommendations:
Chlodnik, which is cold beetroot soup, usually made with sour cream.
Zurek, a stew, usually made with meat, often served in a bowl made of bread.
Perogi, which is a dumpling filled with cheese, vegetables or meat

Polish flag cocktail, which is vodka with strawberry, or
cherry syrup.
Unlike the country’s capital Warsaw, which lost a lot of its original buildings when it was bombed in WWII, Krakow has retained many of its old buildings and structures.
Like Stockholm, Sweden, it has an old town, and different quarters, and is full of history.
There’s a lot to do by day and night. The main square was packed when we headed out at around 8 p.m.
Of course, the city’s most famous tourist destination is the Nazi extermination camp Auschwitz-Birkenau, which is located around an hour away from the city.
But Krakow’s links to the Nazis does not stop there. One of the most amazing stories to come out of World War II began in the city because Oskar Schindler, the man who saved more than 1,000 Jews by employing them in his factories – and whose story inspired the book ‘Schindler’s Ark’ and its Oscar-winning adaptation Schindler’s List – had his factory in the Jewish quarter of the town.
You can visit it, and go inside, though visits have to be pre-arranged.
As with the Berlin Wall, it was a striking moment to be faced with a piece of history you’ve heard all about, and to think you’re standing where people like Schindler once stood.
From there we headed back to old town, which was still bustling. We shopped in the market place, some of which is inside Cloth Hall, and went to see the inside of St. Mary’s Basilica.
The whole place is decorated, top to bottom, with ornate designs, beautiful stained glass, and a huge depiction of the Crucifixion suspended from the ceiling.
Overall, Krakow, including the day trip we took to Auschwitz, was unbelievable.
There was so much history around us, so much to do, and, from an aesthetic point of view, so much beautifularchitecture surrounding us.
The people were really friendly, the food and drink was new and diverse and the whole experience was one of the best from my European journey.
I highly recommend a visit to Krakow.
Myah Guild is a Senior Reporter for Youth Journalism International.
***
Your tax-deductible contribution can help support this nonprofit at
www.HelpYJI.org