KENNESAW, Georgia, U.S.A. – I eat, breath, and sleep the military.
My father is a career major in the U.S. Air Force going on 18 years in the service, so I’ve never known a life without uniforms, parental absences or jet noise.
For me, a jet flying overhead is not a source of fear – think post-9/11 in DC or New York – but one of overwhelming pride.Our country is far from perfect, but it takes a special person to agree to defend it with his life. And it takes a special person to love someone you know can never put family before country.
The military life is not an easy one. Growing up, we moved frequently; my father was often gone. The birthdays and holidays that stick out in my head are those where he was present because, you see, that was not the norm. We could usually count on him to be gone.
That was our normal and we were used to it. 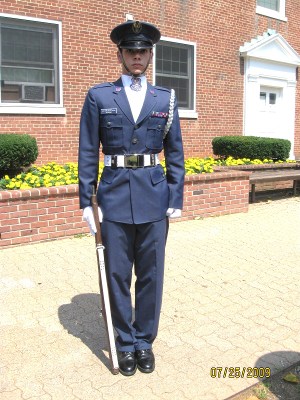 I was born in 1995. Consequently, my father’s wartime deployments were before my memories began.
I’ve heard stories about how my mother lived with my grandparents for a year; how my father was part of the very last B-52 squadron to leave Thailand at the end of the 20th century; how terrified my mother was because the routine bombing runs across Southeast Asia were predictable and, consequently, sometimes fatal to people in my father’s job.But I experience these memories now only through photos and the shadows that cross my mother’s face.
We were incredibly lucky.
Military families today face so much more than frequent absences for training in the field, TDY (temporary duty) assignments, or even one-year deployments to dangerous war zones.
Most of the military children I know have spent half or more of their lives with at least one parent deployed or in a war zone. Service members spend a year in Iraq or Afghanistan. (If they’re lucky they might have been able to come home for a week or two about halfway through.)
They come home and many almost immediately begin training to leave again. That training involves frequent and long absences from home. Then, just when the family is returning to some semblance of normalcy, mom or dad is gone again. For another year.
This is the New Normal.
Just think for a moment about what nearly 18 years of that does to a family.
We don’t know what the long-term effects of frequent deployments and the current OPTEMPO (operation tempo) will be on military children, but we do know what is happening right now in our own families.
My mom’s friend Laura has struggled to get mental health services for her small child. Her 5-year-old was paralyzed with anxiety while her husband was stationed in Afghanistan.
My Aunt Vivian made a Dad on a Stick to keep her children connected to their deployed father
This is the reality of military life today.
Although we are fighting two wars, military services to deal with the fallout from those wars have not ramped up quickly enough and military children are sometimes struggling.
Now let’s think about the military families and what the New Normal does to them.
In a survey released by Blue Star Families, 92% of military family respondents indicated that they felt the general public doesn’t truly understand or appreciate the sacrifices made by service members and their families. I can understand the perception.
I’ve been asked, more than once, how my dad could join the military knowing that he might be forced to kill people in an unjustified war. Or asked resentfully how military families can justify our “free” health care and benefits. Or reminded snottily that single parents do it all the time and no one says thank you.
Very few people join the military because they want to kill people. I don’t doubt that those people exist, but it’s just not the case with most service members. Service members and their families feel called to serve their country, to be part of something bigger than themselves.
In fact, military family members also volunteer at much higher rates than civilians do. Service is very much a part of the military family culture.
Our lives and our benefits don’t take anything away from those in the civilian world. Our health care is not free, although it is greatly discounted, but we are covered because our spouses cannot be insured in the civilian world. You see, they’re much too likely to be shot at or injured by an IED.
And frankly, the Department of Defense doesn’t want them worried about whether or not the baby back home can be seen by a pediatrician if she gets sick. They need to be focused on their mission or people die.
It’s harder for spouses to have careers as military spouses.
According to the Blue Star Families survey, only 39% of military spouses are employed outside the home, although almost 50% of unemployed military spouses would like to be. The barriers to employment most frequently cited are timing of deployments and moves and childcare challenges.
Their spouses come home and help relieve the burden somewhat. Usually. Sometimes the unthinkable happens and they don’t come home at all.
While their military spouses are gone, they face not only the life of a single parent, but the life of a single parent without a well-developed support system of friends and family. All the usual stresses that parents face are amplified during deployment because of frequent military moves and the constant fear of losing someone you love.
Their lives aren’t better or worse than anyone else’s. They’re just different.
Yes, we families face challenges. Those challenges must be acknowledged so that military families can get the help that they need.
Our normal is different, but I’m proud of it.

Conrad Sloane is a Junior Reporter for Youth Journalism International.